The headquarters of the British Secret Intelligence Service, also known as Military Intelligence, Section 6, is located at 85, Albert Embankment in the south western part of central London, on the bank of the River Thames beside Vauxhall Bridge.1

Designed by Terry Farrell and built by John Laing, the Developer Regalian Properties PLC approached the government in 1987 to assess their interest in the proposed building. At the same time, MI6’s sister service MI5 was seeking alternative accommodation and collocation of the two organisations was considered. This proposal was ultimately abandoned due to the lack of buildings of adequate size (existing or proposed) and the security considerations of providing a single target for attacks. In July 1988 Prime Minister Margaret Thatcher approved the purchase of the new building for the SIS. The government proposed to pay for the building outright in order to maintain secrecy over the intended use of the site — at this time the existence of MI6 was not officially acknowledged.2

The building’s design was reviewed to incorporate the necessary protection for Britain’s foreign intelligence-gathering agency. While the details and cost of construction have been released, approximately ten years after the original National Audit Office (NAO) report was written, some of the service’s special requirements remain classified. The NAO report Thames House and Vauxhall Cross omits certain details, describing the cost and problems of certain modifications but not their nature.3

On the evening of September 20, 2000 an explosion occurred, shattering an eighth floor window on the southern side of the building.  This explosion was explained as being a rocket or missile potentially fired by “dissident Irish republicans”.  However, eyewitness reports have conflicting information.  A witness named Andrew Preece says “I saw a large flash of light coming from the top of the building which was followed by a large bang.”  Foreign Secretary Robin Cook, who has responsibility for MI6, said: “I have spoken to the Chief of SIS, Richard Dearlove. He has confirmed there was no damage inside the Vauxhall Cross building.”4

Vauxhall Cross, or “Babylon-on-Thames,” is widely known to be the location of the Secret Intelligence Service with the building featuring on many bus tours.  According to CNN:

The building is said to be like a fortress, covered with security cameras inside and out and reinforced with special bomb and bullet-proof walls, triple-glazed glass to block electronic eavesdropping and jamming, extra-stout doors and two moats.

Although its multiple floors rise step by step into the London skyline, much of the construction is below ground to protect sensitive areas such as the computer control room from potential terrorist attack.

The refit and refurbishment alone for Britain’s international intelligence gathering agency cost £80 million — exactly what this was spent on being confidential on the grounds of “national security.”

Such figures caused controversy earlier this year when it was revealed that Vauxhall Cross and Thames House, MI5’s new headquarters across the river, together cost £547 million, more than twice original estimates.5 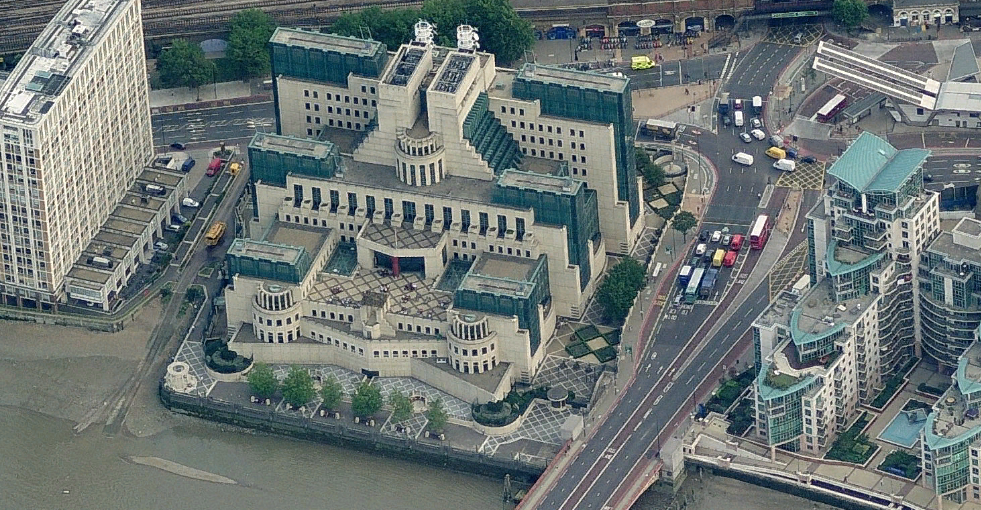