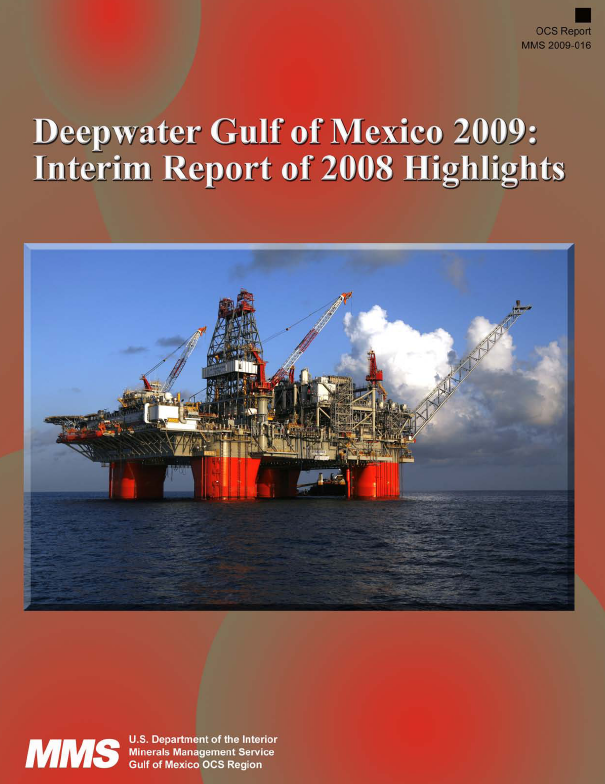 The first floating production, storage, and offloading facility in the U.S. Gulf, the BW Pioneer
vessel, will develop the Cascade and Chinook Fields in Walker Ridge, with first oil production
expected in 2010. This development project will utilize four technologies considered new to the
Gulf, including free-standing hybrid risers, polyester mooring, electric submersible booster
pumps, and shuttle tankers for oil export. Another first for the Gulf will be the use of a shipshape,
floating production unit, the Helix Producer I vessel, for the Phoenix development in
Green Canyon, with a planned production startup in 2010. A disconnectable transfer system
will be used to connect the subsea wells to the Helix Producer I, also a first for the U.S. Gulf.
Also scheduled to begin production in 2010 are the projects tied back to the Perdido Regional
Host facility in Alaminos Canyon. The truss spar was installed in over 8,000 feet (2,438 meters)
of water in August 2008 and sets a record for the deepest spar in the world. Perdido is the first
application of full, host-scale subsea separation and boosting in the U.S. Gulf. 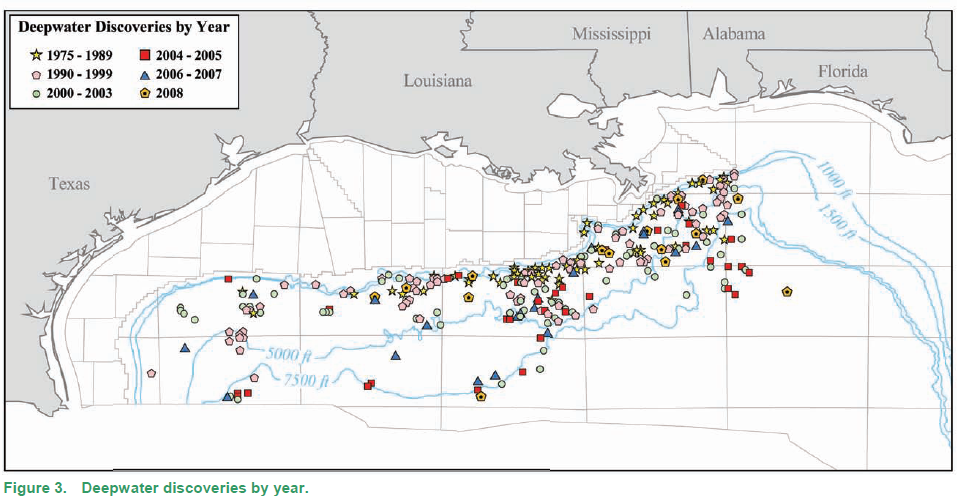