The following assessment was originally obtained and published by the Jackson Free Press. 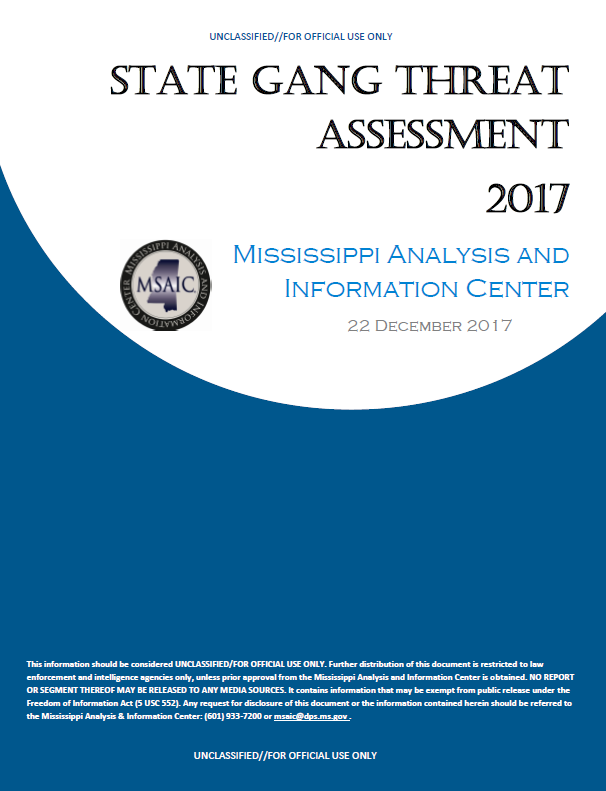 (U//FOUO) The Gangster Disciples, Vice Lords, and Simon City Royals were reported by law enforcement to be the most prevalent gangs and the most involved in criminal activity in the state.

(U//FOUO) The Mississippi Department of Corrections (MDOC) data determined 62% of the 19,150 inmates, incarcerated as of December 14, 2017, have been identified as active gang members within their facilities.

(U//FOUO) The MDOC data identified the three most prevalent gangs in state facilities as the Gangster Disciples, Simon City Royals, and Vice Lords. This ranking is consistent with the data provided by law enforcement who participated in this assessment. 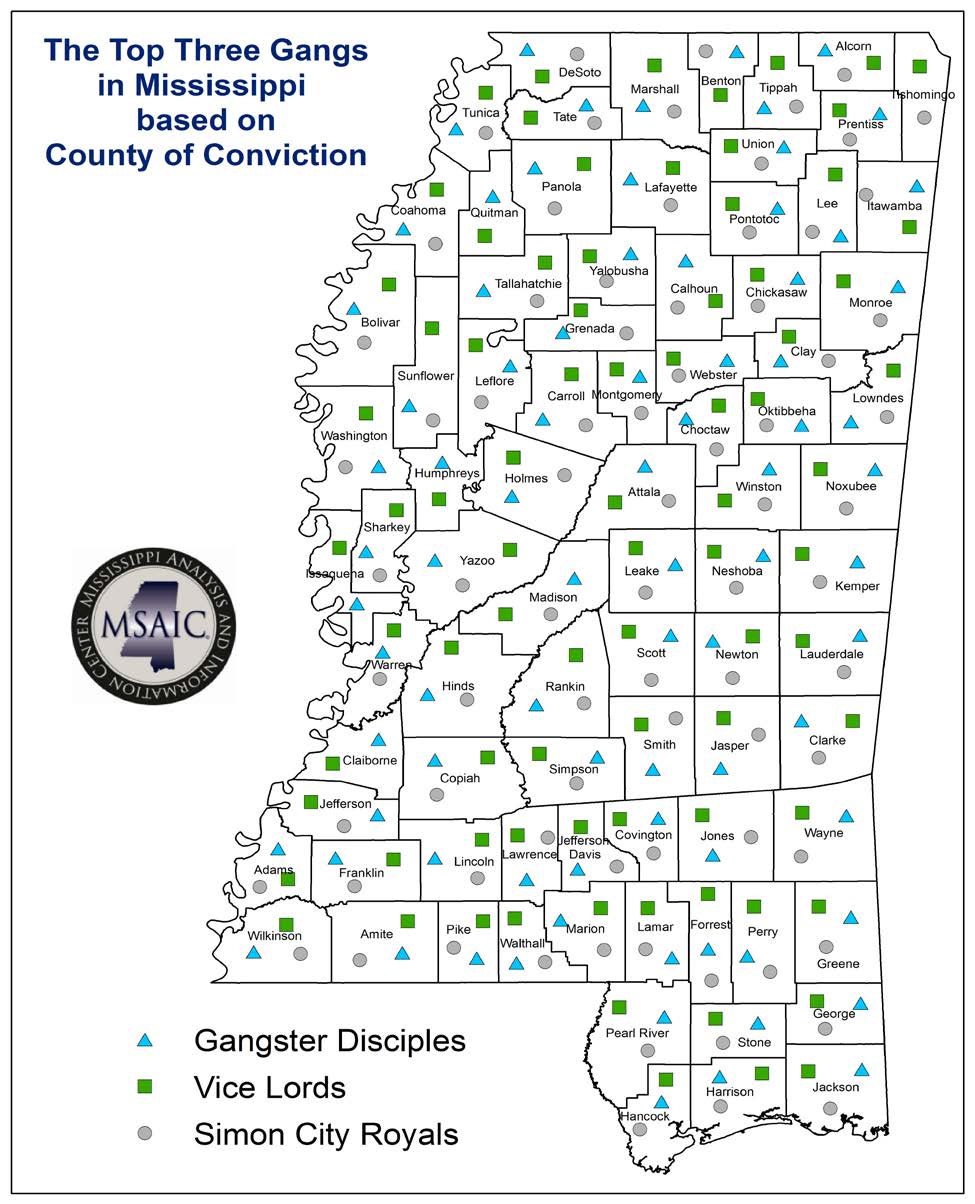