The following manual was originally posted to Scribd in June 2011. 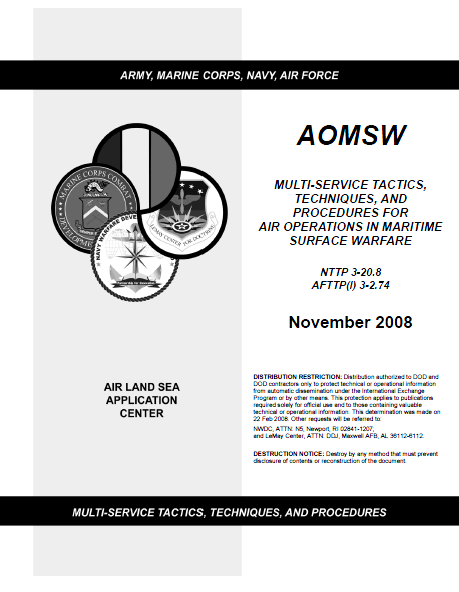 This publication provides multi-Service TTP for the seamless integration of air assets during the conduct of maritime surface warfare. The maritime domain is defined as the oceans, seas, bays, estuaries, islands, coastal areas, and the airspace above these, including the littorals. AOMSW is intended to support the joint force commander’s (JFC’s) objectives by providing capabilities/forces in support of joint maritime operations. The end state of this publication is a streamlined support process for maritime surface warfare within the joint force maritime component commander’s (JFMCC’s) area of operations (AO).

a. When the find, fix, track, target, engage, and assess (F2T2EA) steps of the joint targeting process are applied to the maritime domain operations are complicated by factors such as adverse weather; mobility; threats; intelligence, surveillance, and reconnaissance (ISR) capability; and weapons’ capability. To overcome limitations involved in completing the targeting process on maritime surface targets, this MTTP publication identifies tactical C2 factors, planning considerations, and execution processes in order to augment traditional naval roles such as:

(2) Denying the enemy commercial and military use of the seas

b. While there are many similarities between air operations over land and sea, important differences exist:

(1) Lack of visual/terrain references at sea. The lack of visual references adversely affects not only the ability to navigate but also the ability to quickly orient an aircrew to the tactical picture for safety and targeting. The lack of terrain eliminates the capability of low altitude aviation assets to employ terrain masking for threat avoidance. Therefore, these assets will often be within range of a surface ship’s weapon systems when attack criteria are achieved.

(4) Friendlies/Neutrals/Noncombatants. The vast majority of maritime vessels are commercial shipping representing every major nation in the world. Their presence in the midst of an emerging tactical picture has fratricide and collateral damage implications.

(10) Sub-surface operations. Deconfliction of surface warfare and subsurface operations will be coordinated at the CWC level. Aircrew should immediately report the location of all submarines, when spotted, to the CWC. 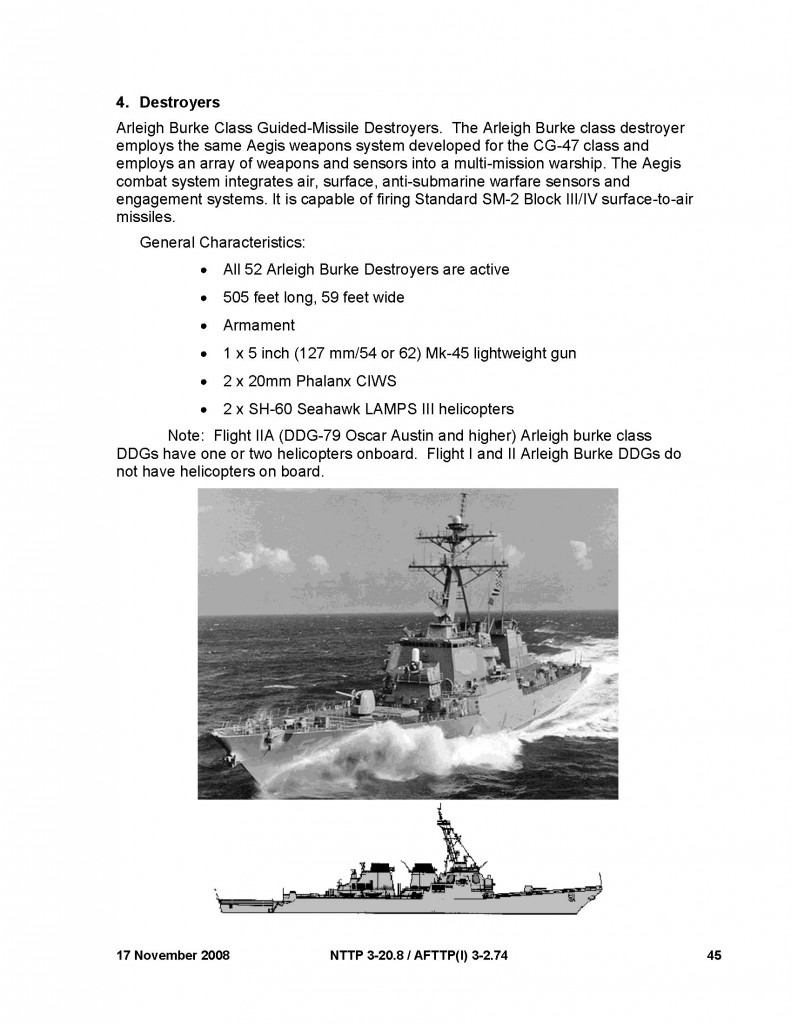 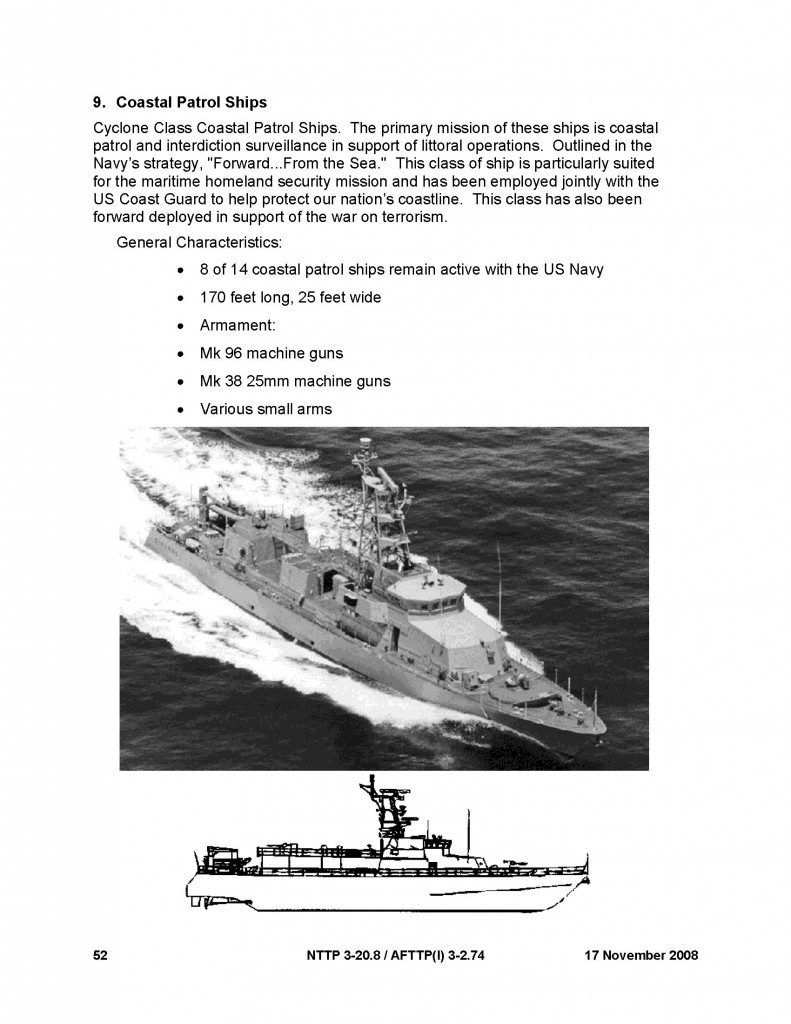