The following are examples of the National Counterterrorism Center's Counterterrorism Weekly publication, a "compilation of open source publicly available press and relevant commentary on issues related to terrorism and counterterrorism over the past seven days."  The digests are not released to the public. 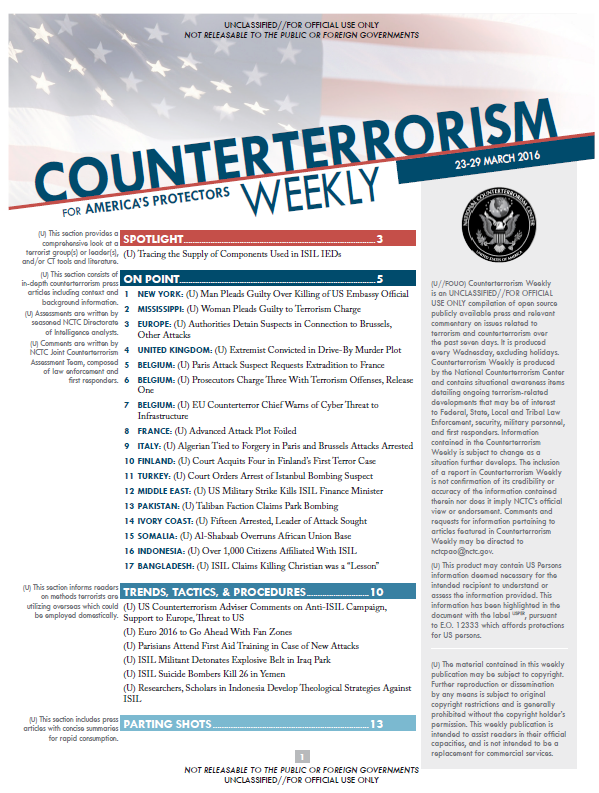 NCTC Assessment: (U//FOUO) These latest attacks in Europe have resulted in continued calls for enhanced European CT cooperation and implementation of measures proposed in the wake of November’s Paris attacks. After a Council of Ministers meeting on 23 March, both the Vice Prime Minister and Minister of Interior Jan Jambon and the Minister of Justice Koen Geens called for enforcing existing measures decided after the Paris attacks. The Minister of Foreign Affairs called for better exchange of information between intelligence services, and confirmed the importance of defeating ISIL and finding a political solution for Syria and Iraq. French Prime Minister Maunel Valls called for tighter security on the EU’s external borders and for the adoption of a European Passenger Name Record system

(U)Three days of national mourning were declared and will run through 24 March.

NCTC Comment: (U) Overseas attacks targeting aviation facilities and mass/public transportation components continue to demonstrate terrorist groups’ persistent interest in attacking these systems. First responders can use past attacks or disrupted plots to determine which tactics, techniques, and procedures have recently been used or attempted in order to maximize the effectiveness of security measures and emergency response plans, encourage information sharing, develop interagency coordination and multi-discipline training, and establish alignment with private sector partners.

(U//FOUO) Stakeholders should consider certain aspects of the aviation industry, such as the generally high volume of vehicular traffic near airports, large numbers of employees with restricted access, as well as the range of facilities located both within and outside the secure areas of the facilities, when developing protective measures and emergency response plans. The NCTC/FBI/DHS First Responder’s Toolbox – “Complex Operating Environment for First Responders – Airports” (16 September 2014) encourages first responders to work with airport owners and operators to ensure interagency cooperation, develop familiarization with the airport grounds and facilities, and implement coordinated response plans.

FBI Counterterrorism Division: (U//FOUO) The FBI has increased its investigative activity against ISIL sympathizers in theUS and encourages its state and local partners to remain vigilant, although at this time the FBI has no specific and credible threats of ISIL attack planning in the US associated with the Belgium attack. We assess ISIL will likely continue expanding efforts to conduct attacks against soft targets and that ISIL and its supporters will continue media releases praising the Brussels attacks.

(U//FOUO) We judge ISIL will almost certainly consider a diverse selection of soft targets for attacks in the West—including in the US—which extend beyond targeting government, military, and law enforcement officials and facilities, based on the target selection in recent attacks and plots in the West. Supporters of the group and lone offenders who may be located in the Homeland continue to have the ability to conduct relatively unsophisticated attacks with little to no warning. 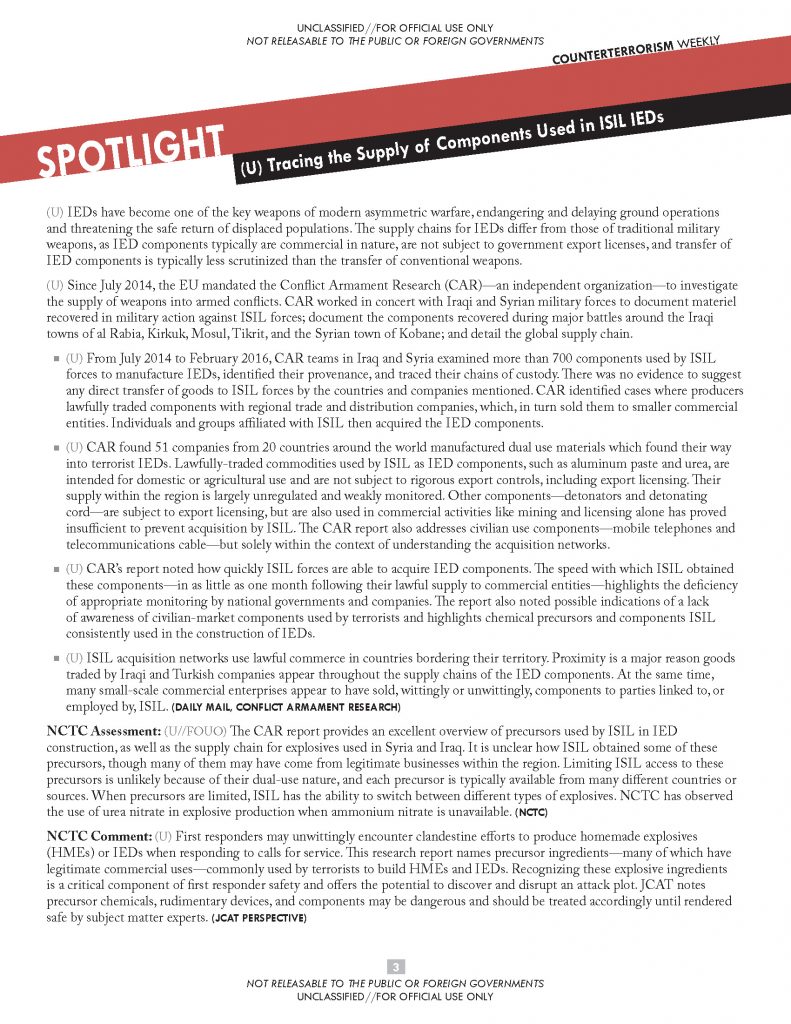 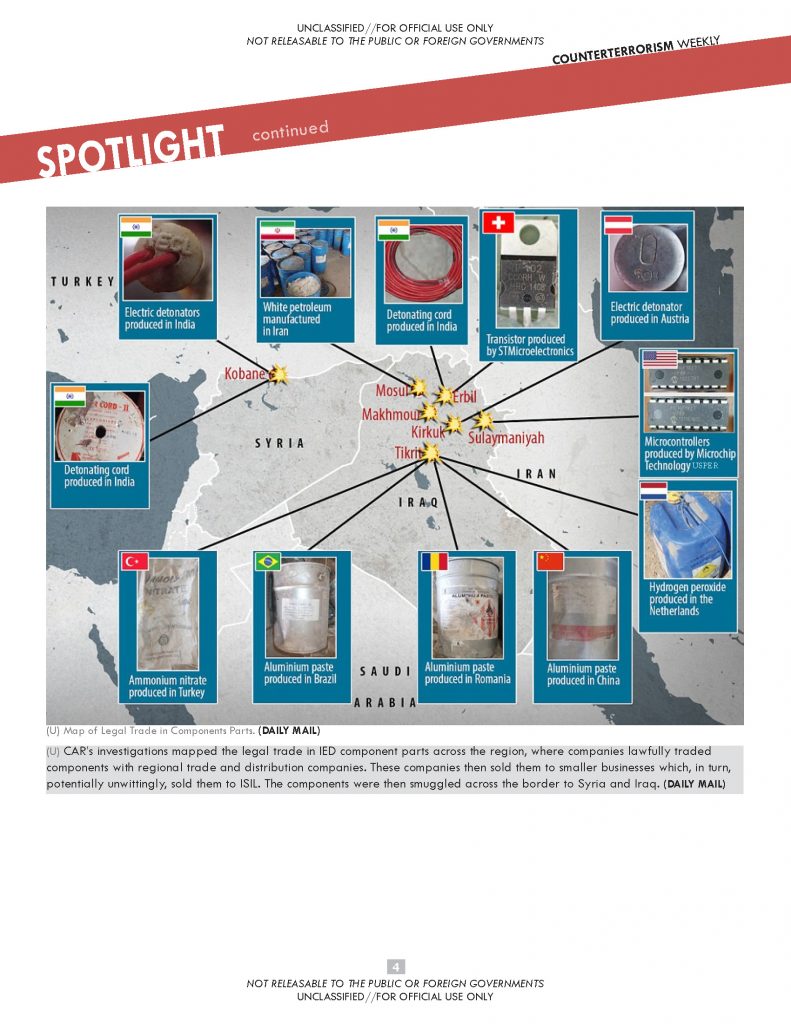