The following document was obtained in the form of a low-resolution image, making the ultimate PDF of low quality.  A complete transcription of the document’s text is provided below. 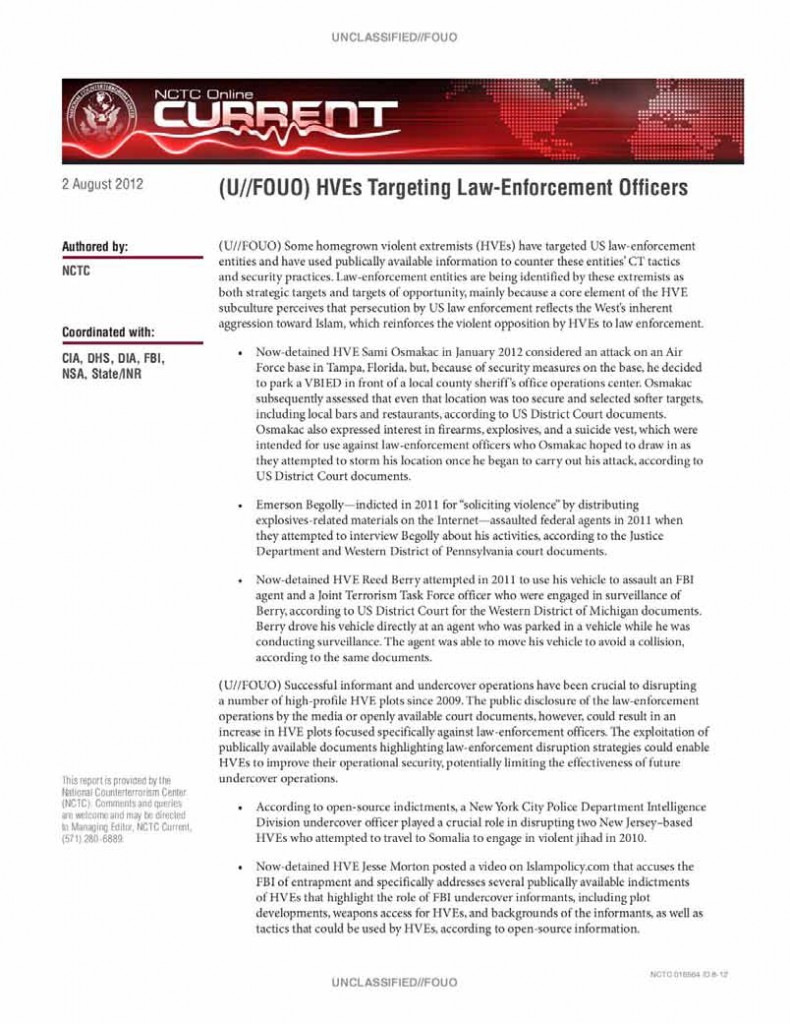 (U//FOUO) Some homegrown violent extremists (HVE) have targeted US law-enforcement entities and have used publicly available information to counter these entities’ CT tactics and security practices. Law-enforcement entities are being identified by these extremists as both strategic targets and targets of opportunity, mainly because a core element of HVE subculture perceives that persecution by US law enforcement reflects the West’s inherent aggression toward Islam, which reinforces the violent opposition by HVEs to law enforcement.

(U//FOUO) Successful informant and undercover operations have been crucial to disrupting a number of high-profile HVE plots since 2009. The public disclosure of the law-enforcement operations by the media or openly available court documents, however, could result in an increase in HVE plots focused specifically against law-enforcement officers. The exploitation of public available documents highlighting law-enforcement disruption strategies could enable HVEs to improve their operational security, potentially limiting the effectiveness of future undercover operations.

This report is provided by the National Counterterrorism Center (NCTC). Comments and queries are welcome and may be directed to Managing Editor, NCTC Current, (571) 280-6889.