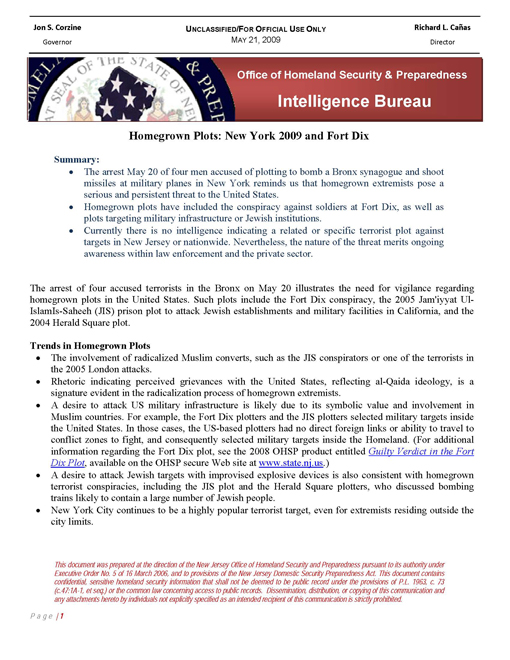 Past cases support the assertion that US-based homegrown extremists likely present a more imminent threat to the region than foreign terrorist groups. Terrorists have a continuing interest in targeting military infrastructure and Jewish institutions. (For additional information regarding these trends, see the 2009 State of New Jersey Terrorism Threat Assessment, available on the OHSP secure Web site at www.state.nj.us.)

While no intelligence indicates a related or specific terrorist plot against targets in New Jersey or nationwide, the nature of the threat merits ongoing awareness within law enforcement and the private sector.

We welcome your comments concerning this document. Please complete the attached survey so that we can continue to serve your needs.

For further information on this or other OHSP analytical products, please contact the OHSP Intelligence Bureau at OHSPINTEL@ohsp.state.nj.us or 609-584-4000, ext. 7