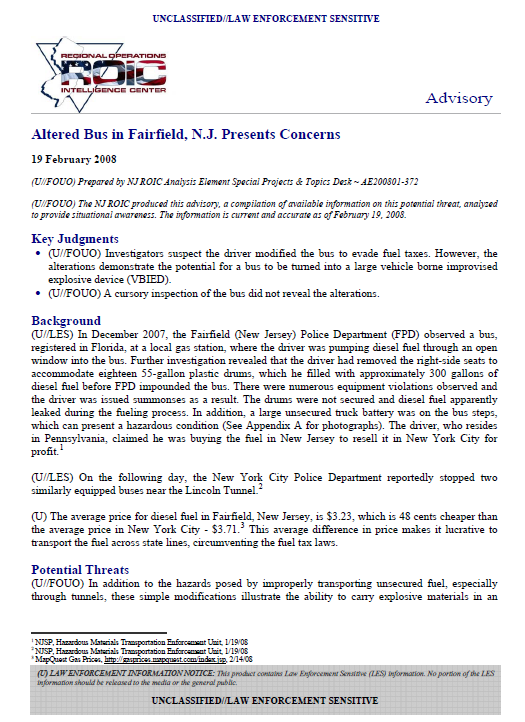 • (U//FOUO) Investigators suspect the driver modified the bus to evade fuel taxes. However, the alterations demonstrate the potential for a bus to be turned into a large vehicle borne improvised explosive device (VBIED).
• (U//FOUO) A cursory inspection of the bus did not reveal the alterations.

(U//LES) In December 2007, the Fairfield (New Jersey) Police Department (FPD) observed a bus, registered in Florida, at a local gas station, where the driver was pumping diesel fuel through an open window into the bus. Further investigation revealed that the driver had removed the right-side seats to accommodate eighteen 55-gallon plastic drums, which he filled with approximately 300 gallons of diesel fuel before FPD impounded the bus. There were numerous equipment violations observed and the driver was issued summonses as a result. The drums were not secured and diesel fuel apparently leaked during the fueling process. In addition, a large unsecured truck battery was on the bus steps, which can present a hazardous condition (See Appendix A for photographs). The driver, who resides in Pennsylvania, claimed he was buying the fuel in New Jersey to resell it in New York City for profit.1

(U) The average price for diesel fuel in Fairfield, New Jersey, is $3.23, which is 48 cents cheaper than the average price in New York City – $3.71.3 This average difference in price makes it lucrative to transport the fuel across state lines, circumventing the fuel tax laws. 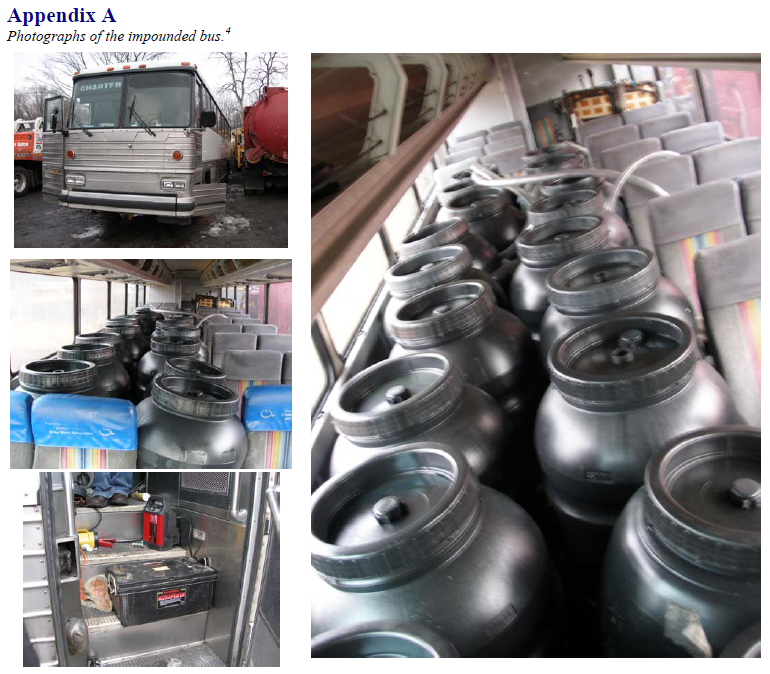