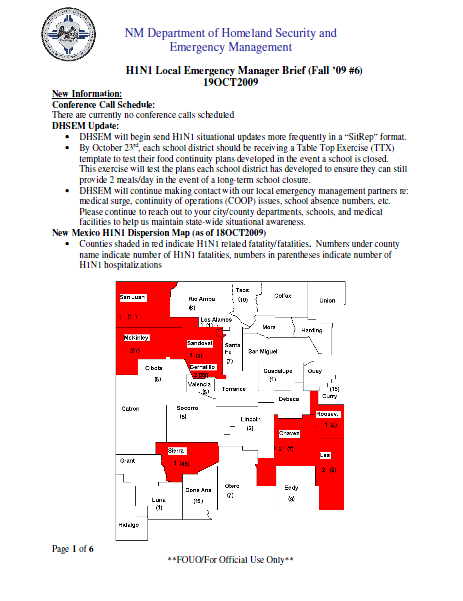 There are currently no conference calls scheduled DHSEM Update: 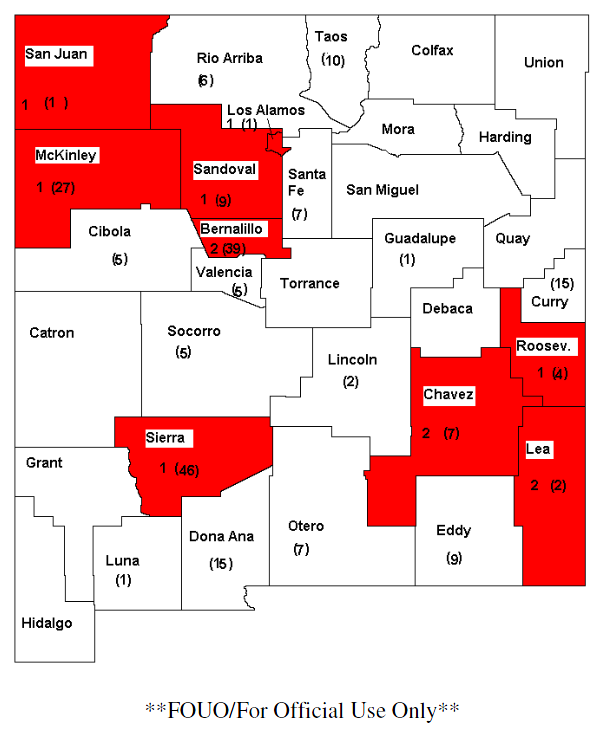 • The Department of Health is recommending the following:

• People who are experiencing typical, mild symptoms of influenza and are at higher risk for complications should call their healthcare provider or the nurse advice line for consideration for treatment with antiviral medications.

• People who develop severe symptoms of influenza should seek care immediately from their healthcare provider or the emergency room. Severe symptoms include shortness of breath, rapid breathing, dehydration, or decreased responsiveness.

• DOH has begun posting situational updates to their website: http://www.health.state.nm.us/H1N1/index.shtml

• During week 38, the following influenza activity was reported:

• All subtyped influenza A viruses being reported to CDC were 2009 influenza A (H1N1) viruses.