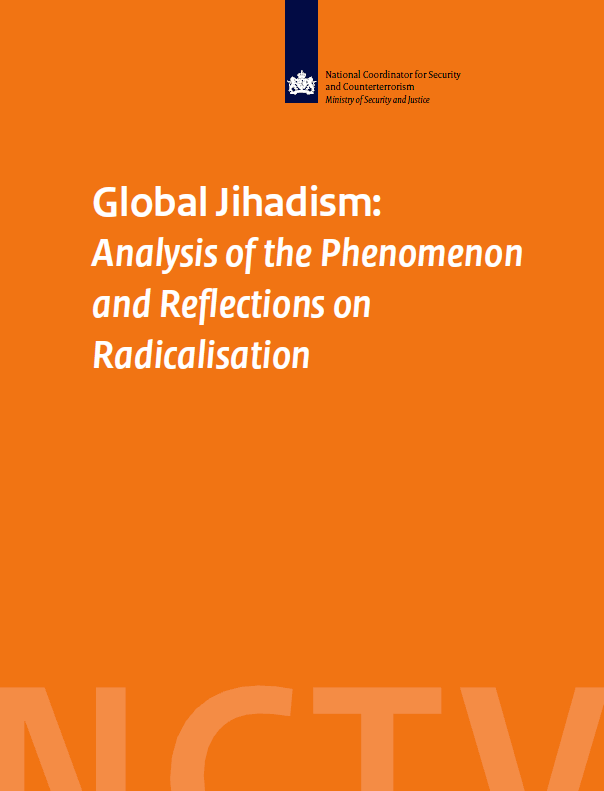 Global Jihadism: Analysis of the Phenomenon and Reflections on Radicalisation

In March 2013 the terrorist threat level in the Netherlands was raised from limited to substantial, largely in response to the significant increase in Dutch jihadists leaving the country and heading for conflict zones in Syria. The Dutch media initially responded with scepticism, asking why travelling to these areas should increase the threat in the Netherlands. Those leaving the country were doing so with the understandable, and presumably exclusive, aim of helping the civilian population in Syria in its legitimate resistance to the Assad regime. Little thought was given to the ideological motivation of the individuals travelling to Syria, and the risks and threat it might signify.

It has gradually become clear that chaos and extreme violence – including by opposition groups – are engulfing Syria and Iraq. Extremist forces – ISIS in particular – have gained ground. The rise of ISIS poses an acute existential threat to ethnic and religious minorities in the region. This has led both to expressions of solidarity and to growing tensions between related ethnic and religious groups in the West, highlighting once more the fact that political and religious extremism can have destabilising effects not only in the region, but also at global level.

In the Netherlands we have recently seen ISIS sympathisers openly professing their allegiance to the movement, and social tensions have arisen as a result. Although their numbers are small in the Netherlands, the disruptive effect jihadists have on Dutch society is disproportionately large. This is partly because jihadists present themselves as the only legitimate representatives of the Muslim faith. This has a negative impact on the image of the entire Muslim population, despite the fact that the vast majority of Muslims in the Netherlands do not support extremism in the name of Islam in any way. Muslims realise that they themselves are often the main victims of this extremism. Nevertheless, the public have many questions about jihadism, the threat it poses, what form it takes in the Netherlands and how it relates to broader Muslim communities.

This report looks in greater depth at the phenomenon of global jihadism and how it manifests itself in the Netherlands. It addresses the question of what global jihadism actually involves and what factors have led to its current revival. We must try to understand jihadism and the form it takes in the Netherlands: an understanding of this phenomenon, and of its underlying processes and motives, is a vital prerequisite for devising an appropriate approach. This analysis therefore starts with the ideology behind jihadism. It will also reflect on the process of radicalisation that occurs before a person embraces extremist views. After all, in order to intervene effectively to halt radicalisation it is important to understand the potential appeal of extremist ideas and why some people are susceptible to them.

The language favoured by supporters of global jihadism, and the ‘community’ they aspire to, manifest themselves above all online. Transnationalism is both a cause and an effect of the radical views that jihadists hold. The break with the communities from which they have come pushes jihadists into a search for likeminded individuals at a virtual and transnational level. This is the only way they can preserve a sense of belonging to a group; of being part of a global movement. It also keeps the movement’s universal claims intact. In others words, solidarity – which does not arise at local level – can remain intact only if the absence of local contact is compensated for by a ‘supranational’ unity that maintains the illusion of a religious community. Symbolism (certain flags, for example) also gives this virtual ummah the appearance of a ‘state’ entity. The law that keeps this ‘community’ together is constructed by individual jihadists themselves, determined by the contextual situation and the ‘scholars’ whose teachings they have heard at a particular moment in time

Syria as a catalyst for revival of jihadism

No Islamists, let alone jihadists, initially played a dominant role in the popular uprisings that erupted in several Arab countries in 2011. Jihadists who saw themselves as a ‘vanguard’ of the Muslim ‘awakening’ were marginalised by the uprisings. They were forced to exchange the role of instigator for that of spectator as the leaders of several Arab regimes fell. Ironically enough, it was not the call to ‘jihad’ that brought the regimes down, but the mass, peaceful call for freedom and democracy that drove out the Arab dictators.

In Syria the mass mobilisation of the population in 2011 and the violent repression of the uprising by the regime led to a descent into bloody civil war. The specifically Syrian character of the popular uprising rapidly turned into a sectarian conflict with transnational dimensions. Sunni Muslims increasingly came to see the Assad regime as representing an infidel sect; a ‘faithless’ minority that brutally repressed the majority Sunni population. The overt involvement of foreign Shiite fighters in the defence of the regime (including Hezbollah, widely regarded as ‘Hezb al Shaytan’, or the devil’s party) prompted a wave of emotional declarations of solidarity across the international spectrum of Sunni clergy (official and otherwise). They called for a mass mobilisation in support of their Syrian coreligionists, to avenge the injustice being perpetrated in Syria. The continuous stream of reports, accompanied by images of excessive violence by the regime, helped reinforce this process.

There are also other reasons why Syria has, in such a short time, become a magnet for foreign fighters. There is the obvious reason that the battlefields of Syria are relatively easy to reach compared with other jihadist battlegrounds like Afghanistan, Somalia and Chechnya. This has given foreign fighters the ultimate ‘opportunity’ to join the charismatic jihadists of al Qa’ida and ISIS. The successful departure of the first recruits attracted more followers. Maintaining contact via the internet and social media, the fighters reassure their sympathisers back home and send detailed reports of their real-life and real-time experiences, showing that away from the front lines there are plenty of areas where life carries on as normal, and when battle subsides they can live what the jihadists regard as a ‘genuinely’ Muslim life. This makes the decision to travel to the region not only a theoretical option, but also a realistic one, including for women and even children. The declaration of the ‘Islamic State’ initially reinforced this impression. It remains to be seen whether this will continue to be the case now that ISIS is under fire from an international coalition.