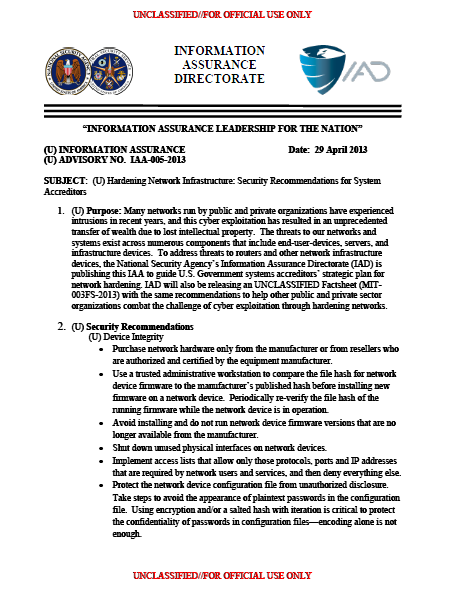 1. (U) Purpose: Many networks run by public and private organizations have experienced intrusions in recent years, and this cyber exploitation has resulted in an unprecedented transfer of wealth due to lost intellectual property. The threats to our networks and systems exist across numerous components that include end-user-devices, servers, and infrastructure devices. To address threats to routers and other network infrastructure devices, the National Security Agency’s Information Assurance Directorate (IAD) is publishing this IAA to guide U.S. Government systems accreditors’ strategic plan for network hardening. IAD will also be releasing an UNCLASSIFIED Factsheet (MIT-003FS-2013) with the same recommendations to help other public and private sector organizations combat the challenge of cyber exploitation through hardening networks.