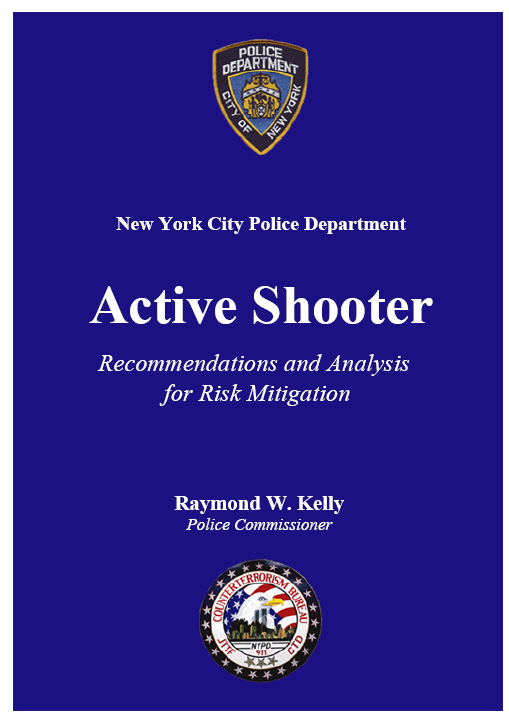 The NYPD developed these recommendations based on a close analysis of active shooter incidents from 1966 to 2010. This Compendium of cases, presented in the Appendix, includes 281 active shooter incidents. It is organized chronologically by type of facility targeted, including office buildings, open commercial areas, factories and warehouses, schools, and other settings.

The NYPD performed a statistical analysis on a subset of these cases to identify common characteristics among active shooter attacks. This analysis is presented in Part III and the underlying methodology is presented in Part IV. The analysis found a large degree of variation among attacks across some broad categories, including: sex of the attacker, age of the attacker, number of attackers, planning tactics, targets, number of casualties, location of the attack, weapons used, and attack resolution.