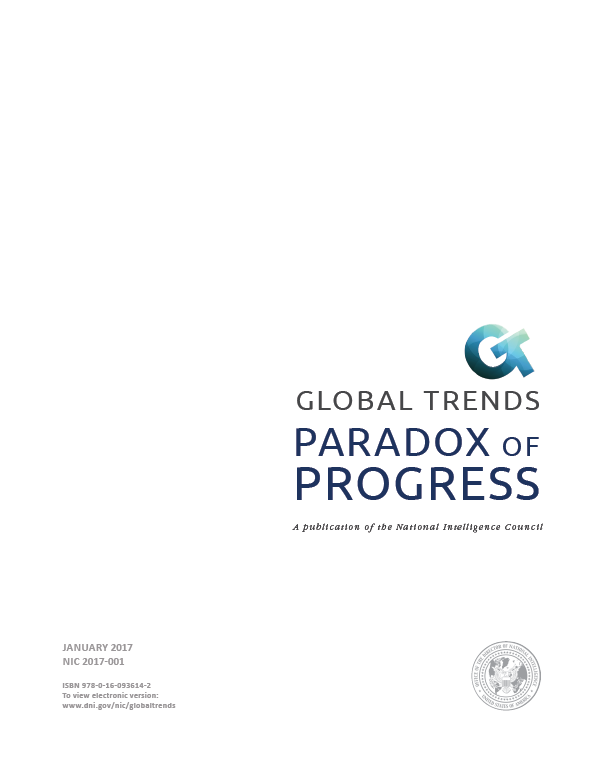 We are living a paradox: The achievements of the industrial and information ages are shaping a world to come that is both more dangerous and richer with opportunity than ever before. Whether promise or peril prevails will turn on the choices of humankind.

The progress of the past decades is historic—connecting people, empowering individuals, groups, and states, and lifting a billion people out of poverty in the process. But this same progress also spawned shocks like the Arab Spring, the 2008 Global Financial Crisis, and the global rise of populist, anti-establishment politics. These shocks reveal how fragile the achievements have been, underscoring deep shifts in the global landscape that portend a dark and difficult near future.

The next five years will see rising tensions within and between countries. Global growth will slow, just as increasingly complex global challenges impend. An ever-widening range of states, organizations, and empowered individuals will shape geopolitics. For better and worse, the emerging global landscape is drawing to a close an era of American dominance following the Cold War. So, too, perhaps is the rules-based international order that emerged after World War II. It will be much harder to cooperate internationally and govern in ways publics expect. Veto players will threaten to block collaboration at every turn, while information “echo chambers” will reinforce countless competing realities, undermining shared understandings of world events.

Underlying this crisis in cooperation will be local, national, and international differences about the proper role of government across an array of issues ranging from the economy to the environment, religion, security, and the rights of individuals. Debates over moral boundaries—to whom is owed what—will become more pronounced, while divergence in values and interests among states will threaten international security.

It will be tempting to impose order on this apparent chaos, but that ultimately would be too costly in the short run and would fail in the long. Dominating empowered, proliferating actors in multiple domains would require unacceptable resources in an era of slow growth, fiscal limits, and debt burdens. Doing so domestically would be the end of democracy, resulting in authoritarianism or instability or both. Although material strength will remain essential to geopolitical and state power, the most powerful actors of the future will draw on networks, relationships, and information to compete and cooperate. This is the lesson of great power politics in the 1900s, even if those powers had to learn and relearn it.

The US and Soviet proxy wars, especially in Vietnam and Afghanistan, were a harbinger of the post-Cold War conflicts and today’s fights in the Middle East, Africa, and South Asia in which less powerful adversaries deny victory through asymmetric strategies, ideology, and societal tensions. The threat from terrorism will expand in the coming decades as the growing prominence of small groups and individuals use new technologies, ideas, and relationships to their advantage.

Meanwhile, states remain highly relevant. China and Russia will be emboldened, while regional aggressors and nonstate actors will see openings to pursue their interests. Uncertainty about the United States, an inward-looking West, and erosion of norms for conflict prevention and human rights will encourage China and Russia to check US influence. In doing so, their “gray zone” aggression and diverse forms of disruption will stay below the threshold of hot war but bring profound risks of miscalculation. Overconfidence that material strength can manage escalation will increase the risks of interstate conflict to levels not seen since the Cold War. Even if hot war is avoided, the current pattern of “international cooperation where we can get it”—such as on climate change—masks significant differences in values and interests among states and does little to curb assertions of dominance within regions. These trends are leading to a spheres of influence world.

China and Russia portray global disorder as resulting from a Western plot to push what they see as self-serving American concepts and values of freedom to every corner of the planet. Western governments see instability as an underlying condition worsened by the end of the Cold War and incomplete political and economic development. Concerns over weak and fragile states rose more than a generation ago because of beliefs about the externalities they produce—whether disease, refugees, or terrorists in some instances. The growing interconnectedness of the planet, however, makes isolation from the global periphery an illusion, and the rise of human rights norms makes state violence against a governed population an unacceptable option.

One consequence of post-Cold War disengagement by the United States and the then-USSR, was a loss of external support for strongmen politics, militaries, and security forces who are no longer able to bargain for patronage. Also working against coercive governments are increased demands for responsive and participatory governance by citizens no longer poor due to the unprecedented scale and speed of economic development in the nonindustrial world. Where political and economic development occurred roughly in tandem or quick succession, modernization and individual empowerment have reinforced political stability. Where economic development outpaced or occurred without political changes—such as in much of the Arab world and the rest of Africa and South Asia—instability ensued. China has been a notable exception. The provision of public goods there so far has bolstered political order but a campaign against corruption is now generating increasing uncertainty and popular protests have grown during the past 15 years. Russia is the other major exception—economic growth—largely the result of high energy and commodity prices—helped solve the disorder of the Yeltsin years.

US experience in Iraq and Afghanistan has shown that coercion and infusions of money cannot overcome state weakness. Rather, building a stable political order requires inclusiveness, cooperation among elites, and a state administration that can both control the military and provide public services. This has proved more difficult than expected to provide. 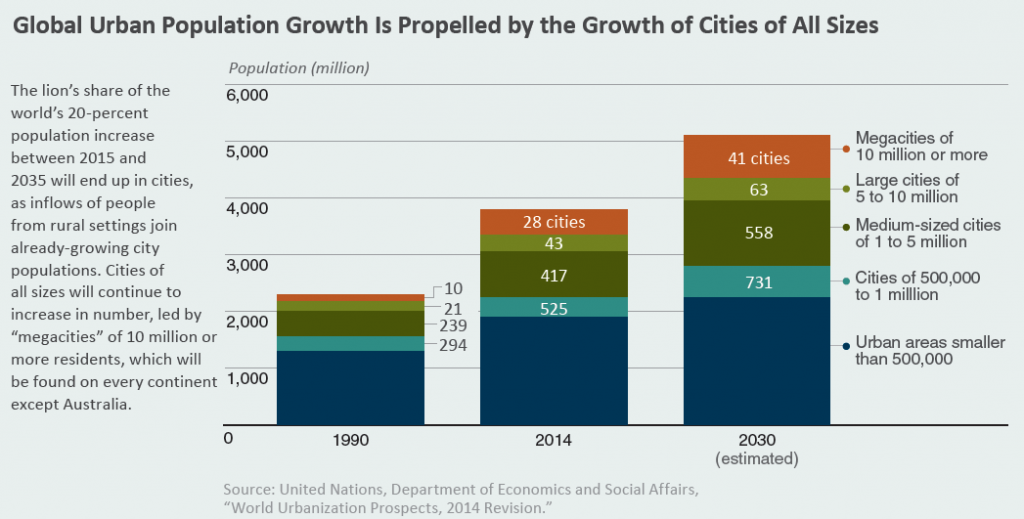