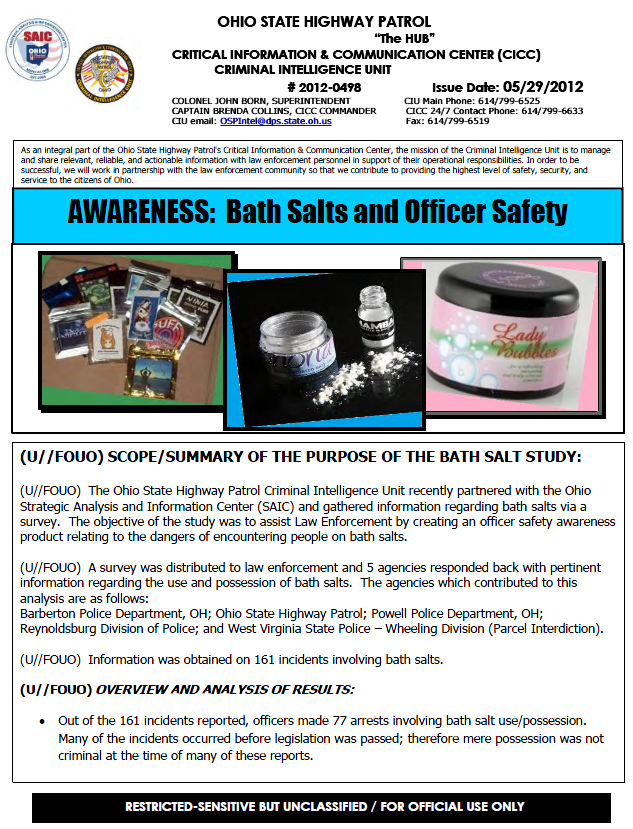 (U//FOUO) The Ohio State Highway Patrol Criminal Intelligence Unit recently partnered with the Ohio Strategic Analysis and Information Center (SAIC) and gathered information regarding bath salts via a survey. The objective of the study was to assist Law Enforcement by creating an officer safety awareness product relating to the dangers of encountering people on bath salts.

(U//FOUO) A survey was distributed to law enforcement and 5 agencies responded back with pertinent information regarding the use and possession of bath salts. The agencies which contributed to this analysis are as follows:

(U//FOUO) OVERVIEW AND ANALYSIS OF RESULTS: