According to the Army Foreign Military Studies Office, “Intelink-U is a virtual private network — a government intranet. It provides a protected environment to exchange unclassified and FOUO/SBU US Government and other open source data among Intelligence Community and other selected organizations. The Intelink-U firewalls safeguard government information resources and allow customers access to both the Intelink-U network and the public Internet. This gives Intelink-U users a single point of access to an unprecedented amount of unclassified open source information. ”3

Users or “customers” can remotely access OSIS with a commercial phone line via modem dial-up, much like any Internet service provider (ISP). In addition, users may now use any broadband connection.4

Intelink-U provides access to an unprecedented number of US Government and commercial open source information resources. The following Web site addresses are accessible from Intelink-U only:5

In addition to these services, Intelink-U provides information from a number of specialized databases that provide extensive coverage of foreign political events, military activities, and economics.7  Examples include:

According to GlobalSecurity.org, the “Community Open Source Program Office (COSPO) supports all aspects of open source information systems, spanning collection, processing, analysis, and dissemination, to include network and distributed computing resources. The National Air Intelligence Center (NAIC) is the Executive Agent for a major element of OSIS, the Open Source Service Agent (OSSA). Dr. Joseph Markowitz, Director of COSPO has noted that while Allen Dulles was fond of saying that open sources provided 80% of the input to the all-source intelligence production process, “the more common contribution of open sources to the average all-source product is on the order of 20 to 30 percent.”8

The web adress of the Open Source Information System is osis.gov, a domain controlled by two nameservers on different IP networks. Incoming mail for osis.gov is handled by three mailservers at osis.gov themselves.9 All of them are on the same IP network. dni.gov, odni.gov, ugov.gov, osis.org, iarpa.gov and at least seven other hosts share nameservers with this domain.10 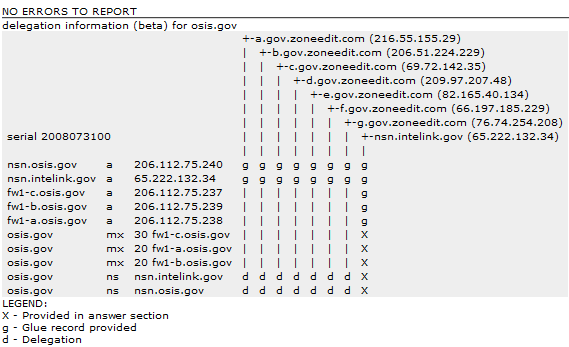 The physical address of the registrant for osis.gov is:11

This address is further confirmed in several military sources, though these are from the mid-nineties and refer to the site as the Community Open Source Program Office.12

Cryptome identifies this address with the “US Navy Secret DC Tunneling Project”, a site which is south of the railroad bridge that runs beside Route 1 and I-395, approximately 2 miles northeast of the Pentagon.13 According to a Washington Post article from November 26, 2004, the Navy controls the location and describes it as a “utility assessment and upgrade”.  The article says that “theories abound about the four-acre complex, which is dead center in a ring that includes the White House, the U.S. Capitol, the Pentagon, Reagan National Airport and the National War College. Is it a sophisticated sensor station, guarding the 14th Street bridge and other Potomac River crossings? Is it an excavation point for underwater barriers to protect the Washington Channel and Potomac River from submarines? Is it a staging area for Navy Seabees securing underwater cables between the White House and the Pentagon, across the river?”14

The osis.gov registrant information that provides this address is dated August 6th, 2003.  Given that construction on this site seems to have begun in 2004, it seems the site is related to the implementation of new IT network infrastructure leading up to the decoupling of the Open Source Information System in 2006.  This would explain the registrant information for osis.gov and would likely be part of the push to enhance network security and CNO following the Information Operations Roadmap of 2003. 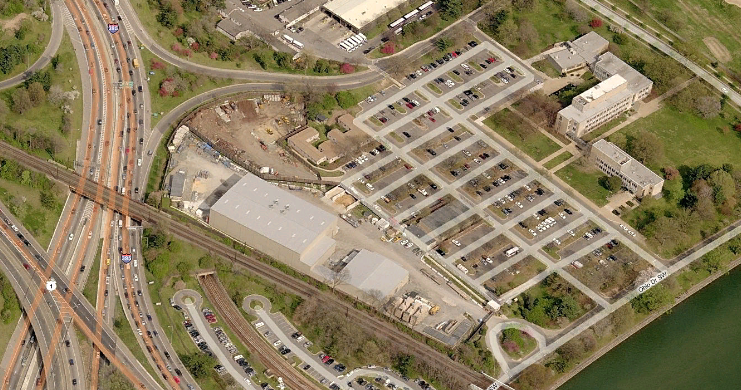