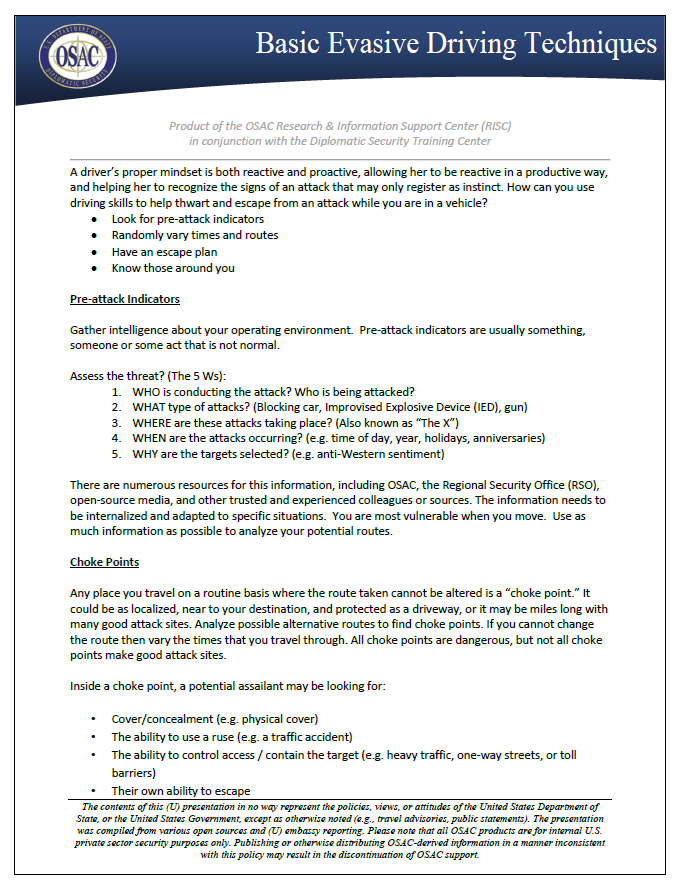 A driver’s proper mindset is both reactive and proactive, allowing her to be reactive in a productive way, and helping her to recognize the signs of an attack that may only register as instinct. How can you use driving skills to help thwart and escape from an attack while you are in a vehicle?

Gather intelligence about your operating environment. Pre-attack indicators are usually something, someone or some act that is not normal.
Assess the threat? (The 5 Ws):

1. WHO is conducting the attack? Who is being attacked?
2. WHAT type of attacks? (Blocking car, Improvised Explosive Device (IED), gun)
3. WHERE are these attacks taking place? (Also known as “The X”)
4. WHEN are the attacks occurring? (e.g. time of day, year, holidays, anniversaries)
5. WHY are the targets selected? (e.g. anti-Western sentiment)

There are numerous resources for this information, including OSAC, the Regional Security Office (RSO), open-source media, and other trusted and experienced colleagues or sources. The information needs to be internalized and adapted to specific situations. You are most vulnerable when you move. Use as much information as possible to analyze your potential routes.

Inside a choke point, a potential assailant may be looking for:

Plan a predetermined reaction. People are predisposed to respond in certain ways. By elevating your awareness and preparing to recognize the warning signs of danger, you will have a better chance to respond quickly and appropriately.

Look for people watching you, watch for vehicles following you, especially in or near a choke point. 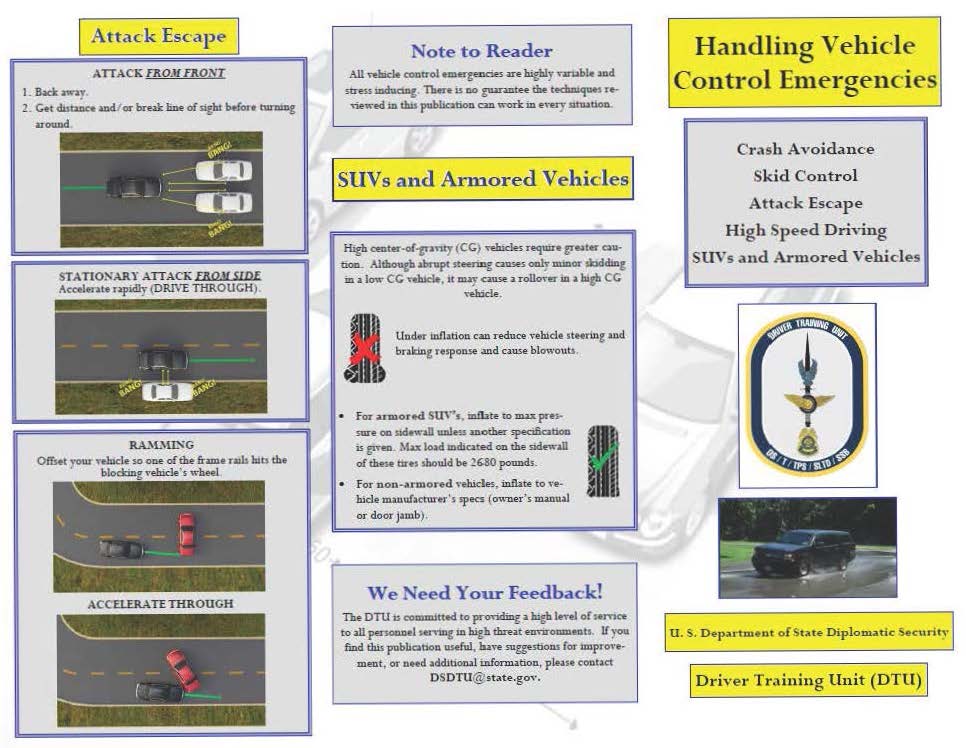 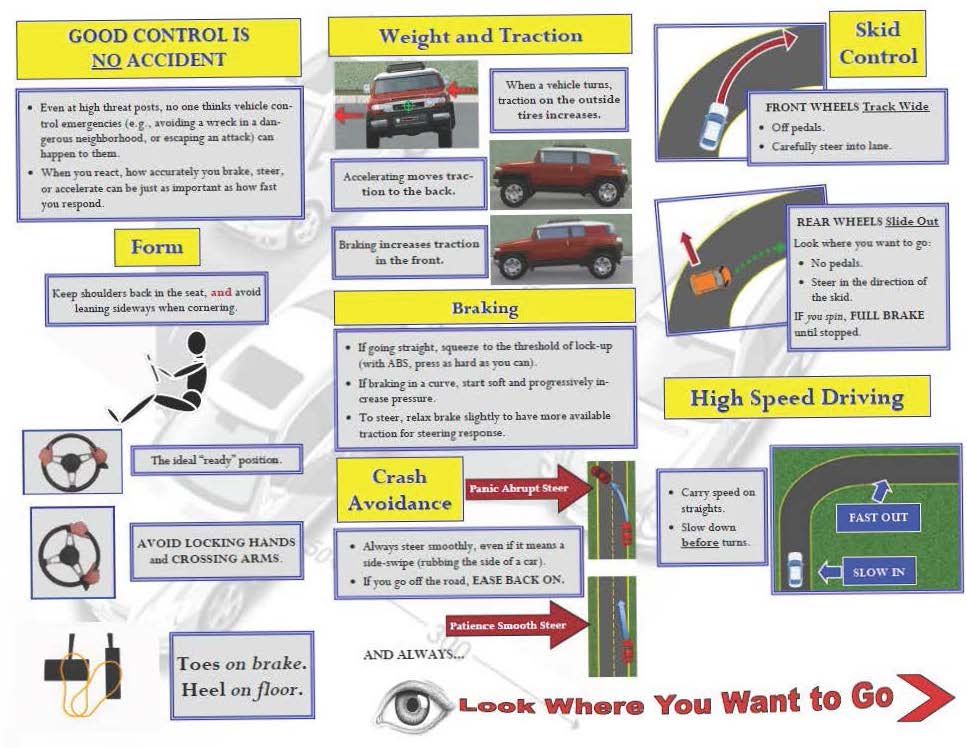