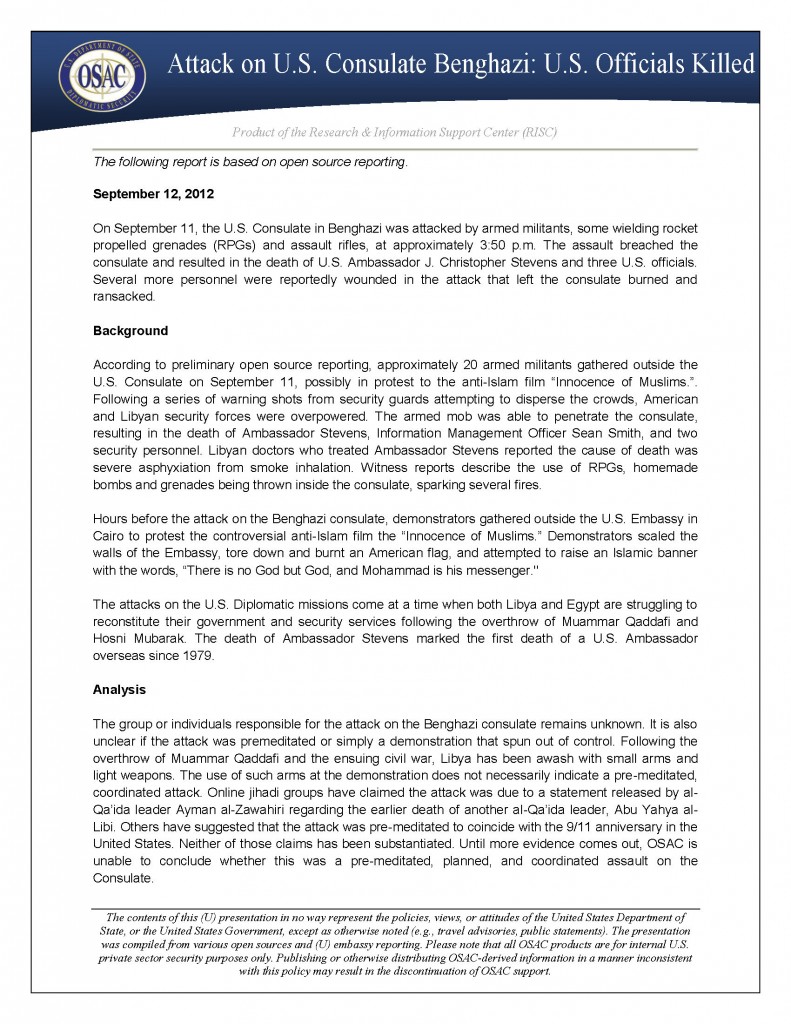 In general, as the Libyan government and security forces have attempted to reconstitute themselves, a number of militias continue to impact the security environment, particularity in Benghazi. Some of the Libyan militias are anti-Western in nature and share similar ideologies with al-Qa’ida. As such, the September 11 attack in Benghazi is not necessarily indicative of a larger trend of violent protests across the Middle East.

There has been no substantiated claim of responsibility for the attacks, though media reports suggest members of Ansar al-Sharia participated in the attack. Ansar al-Sharia, or “Partisans of Islamic Law” in Arabic, is a hard-line Islamist group based in eastern Libya with ties to al-Qa’ida. Ansar al-Sharia opposed the recent Libyan elections, condemning them as illegitimate and un-Islamic. Ansar al-Sharia believes Libya should be governed by the Koran rather than a written constitution. It should be noted that Ansar al-Sharia is often used as a “catch-all” term to describe religious extremists in Libya.