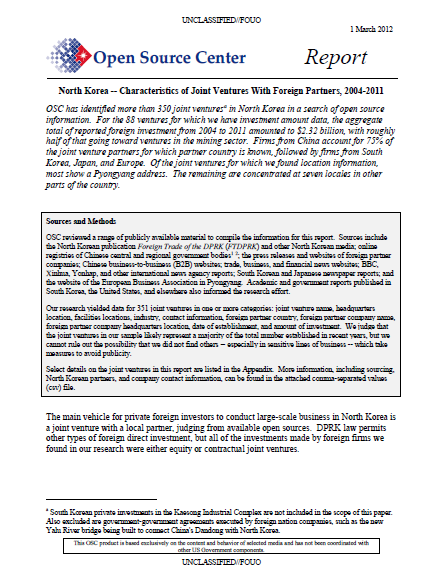 The main vehicle for private foreign investors to conduct large-scale business in North Korea is a joint venture with a local partner, judging from available open sources. DPRK law permits other types of foreign direct investment, but all of the investments made by foreign firms we found in our research were either equity or contractual joint ventures.

OSC has identified 351 North Korean joint ventures with partner companies from around the world and in a range of industries (Table 2). More than 260 of these joint ventures have been active as recently as 2004.

The share of Chinese firms as a total of new North Korean joint venture starts appears to be sharply increasing. Out of the JVs for which we know country of investor and start date, only four in ten had Chinese investors before 2004. From then until the end of 2011, however, Chinese firms represent about 87 percent of JVs started, 148 of the 167 in this set.

When compared with their investment in other destinations, though, Chinese firms’ investment in North Korea is small. Even firms from Liaoning Province — despite their proximity to the DPRK — sent almost 99% of their outbound investment from 2006-2011 to destinations other than North Korea, according to a provincial government record of private outlays (Table 4). 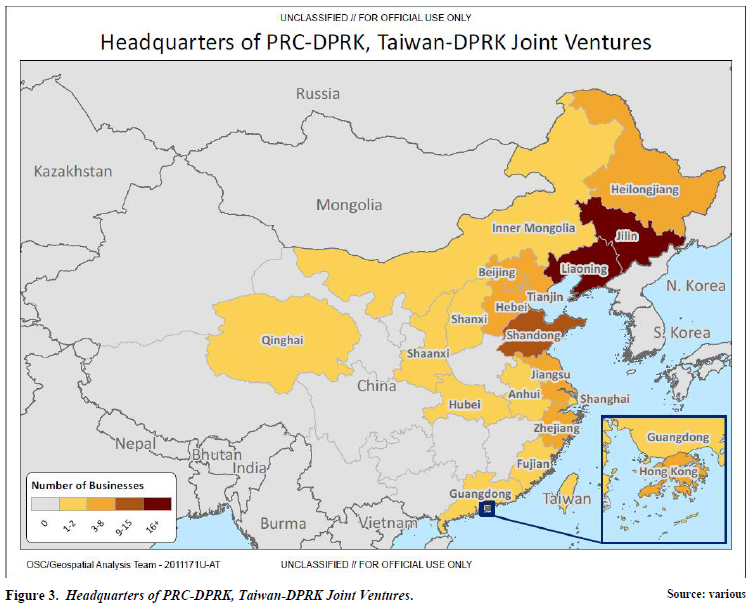