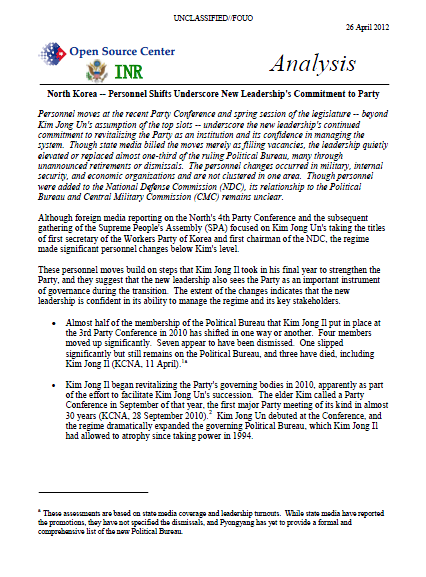 Although foreign media reporting on the North’s 4th Party Conference and the subsequent gathering of the Supreme People’s Assembly (SPA) focused on Kim Jong Un’s taking the titles of first secretary of the Workers Party of Korea and first chairman of the NDC, the regime made significant personnel changes below Kim’s level.

These personnel moves build on steps that Kim Jong Il took in his final year to strengthen the Party, and they suggest that the new leadership also sees the Party as an important instrument of governance during the transition. The extent of the changes indicates that the new leadership is confident in its ability to manage the regime and its key stakeholders.

Kim Jong Il began revitalizing the Party’s governing bodies in 2010, apparently as part of the effort to facilitate Kim Jong Un’s succession. The elder Kim called a Party Conference in September of that year, the first major Party meeting of its kind in almost 30 years (KCNA, 28 September 2010). Kim Jong Un debuted at the Conference, and the regime dramatically expanded the governing Political Bureau, which Kim Jong Il had allowed to atrophy since taking power in 1994.

The leadership is continuing the trend of blurring the distinction between military and internal security personnel on the one hand and civilian Party leaders on the other. The reason for the blending is not clear, but the regime since 2010 has conferred general-officer rank on several regime civilians.

At the same time, the regime has increased the percentage of military and internal security personnel on the Political Bureau to its highest level since before 1980. The two groups now make up more than a third of the total membership. In 2010, they represented a quarter of the group, which was the same share they had after the 1980 Party Congress. 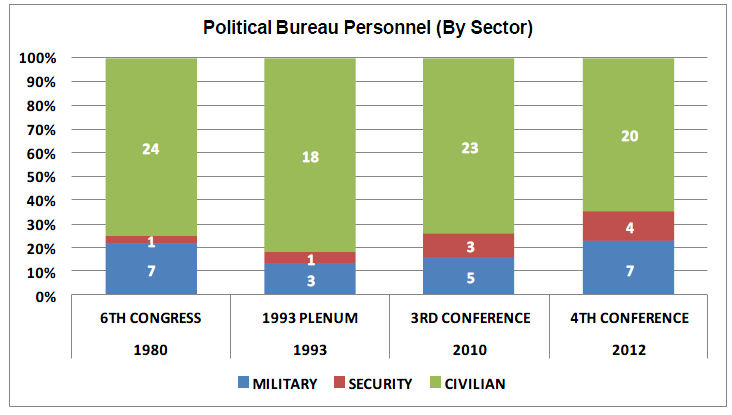 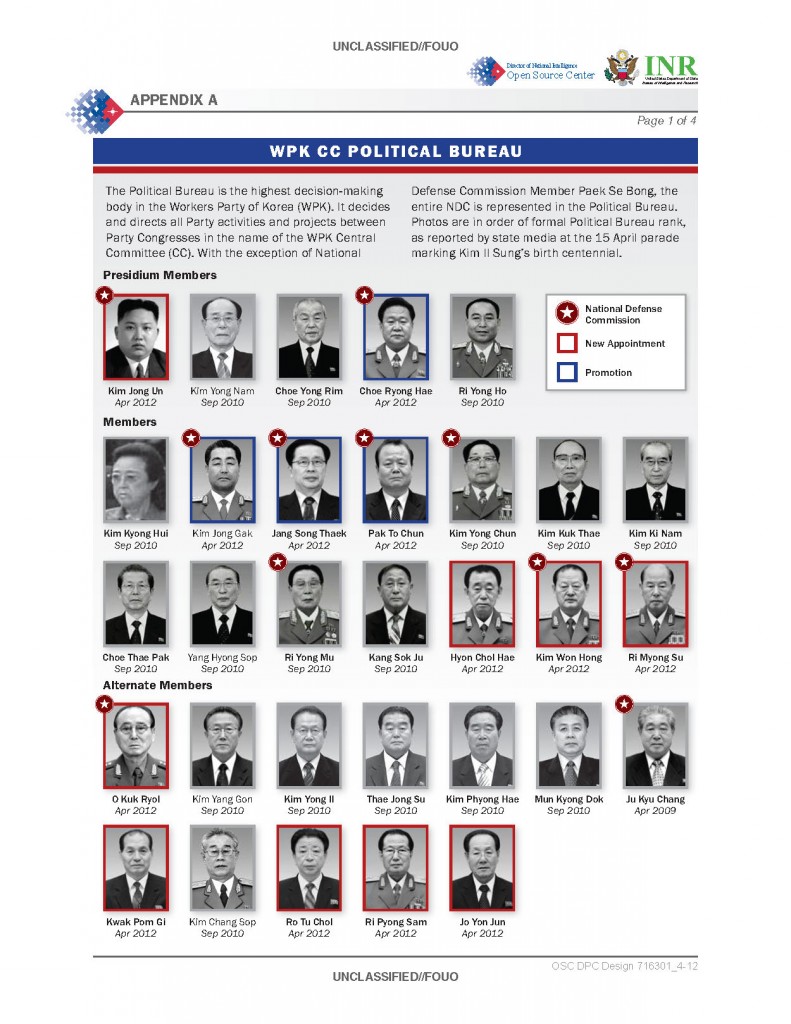