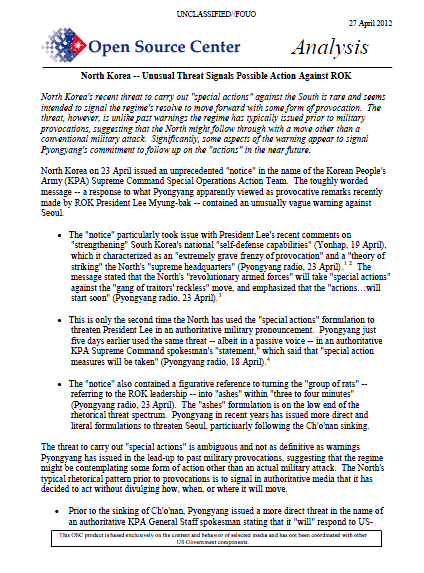 The threat to carry out “special actions” is ambiguous and not as definitive as warnings Pyongyang has issued in the lead-up to past military provocations, suggesting that the regime might be contemplating some form of action other than an actual military attack. The North’s typical rhetorical pattern prior to provocations is to signal in authoritative media that it has decided to act without divulging how, when, or where it will move.

Although the recent threat was not as definitive as warnings the North issued in advance of past military provocations, the unusual use of the phrase “will start soon” in combination with the unique “special actions” formulation appears designed to signal that the regime is committed to following through with its warning.