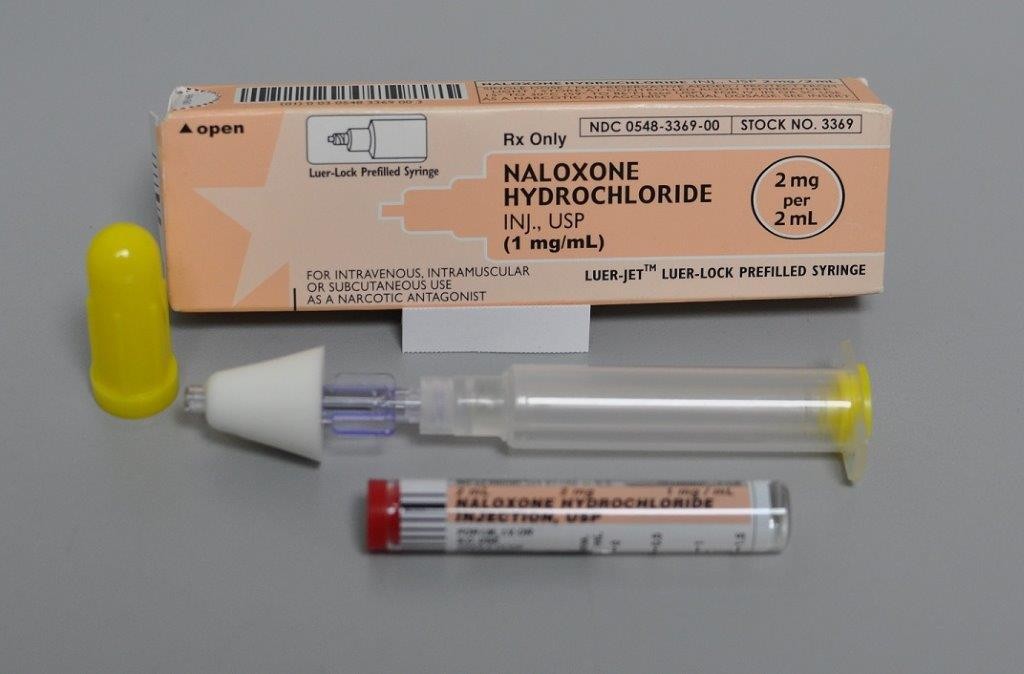 A nasal spray kit for Narcan, also called Naxolene, a drug that can be used to reverse the symptoms of acute opioid overdose.  The photo is taken from a handout produced by the Delaware Valley Intelligence Center.

Using data provided by the Philadelphia Medical Examiner’s Office, the DEA’s Philadelphia Field Division issued a report in July analyzing overdose deaths for the years 2013 and 2014.  The report which, was obtained by Public Intelligence, showed a 33 percent increase in drug-related overdose deaths in the city between 2013 and 2014.  Nearly two-thirds of those that died were male and the average age was 42 years old. The largest number of deaths occurred in the 46-60 age group.  The deaths are also highest among whites, which accounted for approximately 60 percent of overall deaths in 2013 and 2014.

A chart showing the number of deceased individuals in Philadelphia in 2013 and 2014 that tested positive for opioids other than heroin.

The increasing abuse of prescription painkillers has led to a significant increase in heroin-related deaths. The DEA report states that the “widely reported trend of prescription opioids abusers switching to heroin, with deadly results, is supported by the stability in toxicology test results for the opioids oxycodone and hydrocodone, while heroin-positive results increased substantially during the reviewed years.” However, the number of deaths where prescription opioids are a factor has also increased significantly. The presence of oxymorphone, marketed under the name Opana, increased 42 percent from 2013 to 2014 which supports “law enforcement reporting indicating that Opana is increasingly popular and sought after by prescription drug abusers in Philadelphia.” Likewise, the more than 300 percent increase in deaths where fentanyl was present in the decedent’s system demonstrates the highly increased “potential for overdose and death” due to the drug’s increased availability.

The DEA says the data “paints a clear and chilling picture of the impact of drug abuse in Philadelphia, especially related to heroin and fentanyl.”  The report also praised the recent passage of legislation in Pennsylvania allowing for law enforcement officers, fire fighters and EMS personnel to administer naloxone, also called Narcan, a drug which can reverse the symptoms of an opioid overdose.  A September 2015 report from the Delaware Valley Intelligence Center that was also obtained by Public Intelligence shows the statistics for Narcan administrations in Philadelphia between January and June of last year.  Narcan administration numbers can indicate the locations of “abuser populations” and also indicate areas where law enforcement should focus their attention. 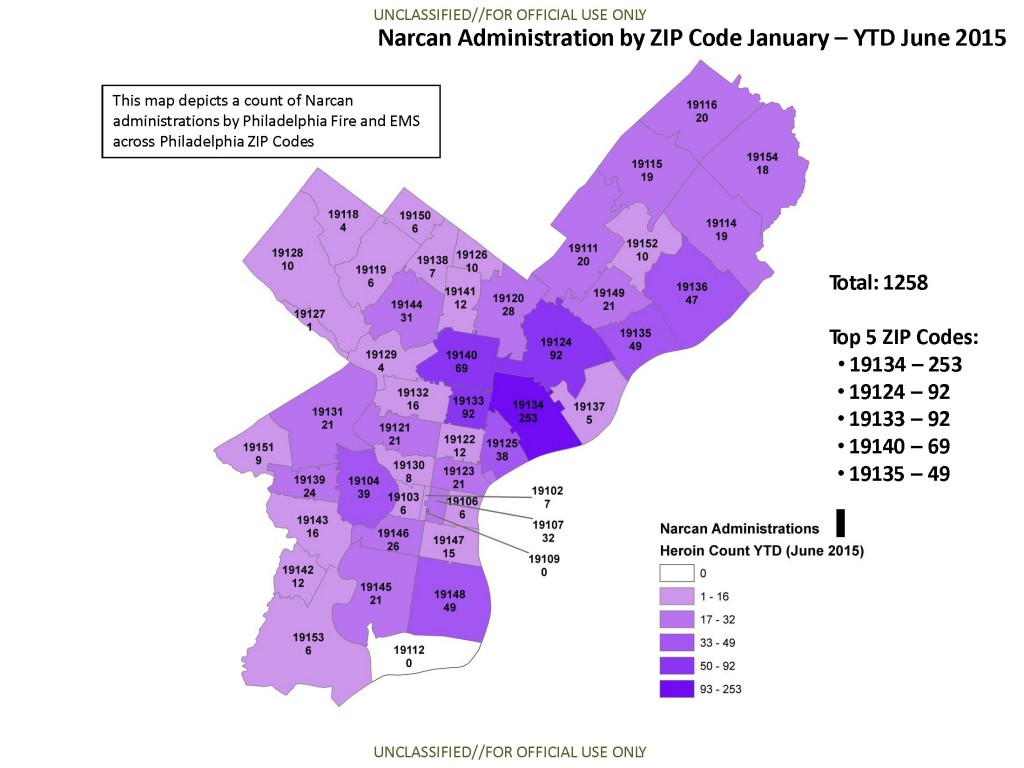 A map showing the total number of Narcan administrations in Philadelphia between January and June 2015.

During the period analyzed, Narcan was administered in every zip code in Philadelphia excluding one small area south of the Wells Fargo Center and Lincoln Financial Field.  Many of the neighborhoods surrounding North Philadelphia saw the most administrations of Narcan, including one near Port Richmond that had 253 administrations during the period.  The second highest zip code only had 92 administrations during the same period.  The DEA hopes that this will reduce the number of overdose deaths, however, it notes that “although the number of fatal overdoses will fall, the rate of abuse will not be impacted without continued joint law enforcement and public health efforts to address supply and abuse.”