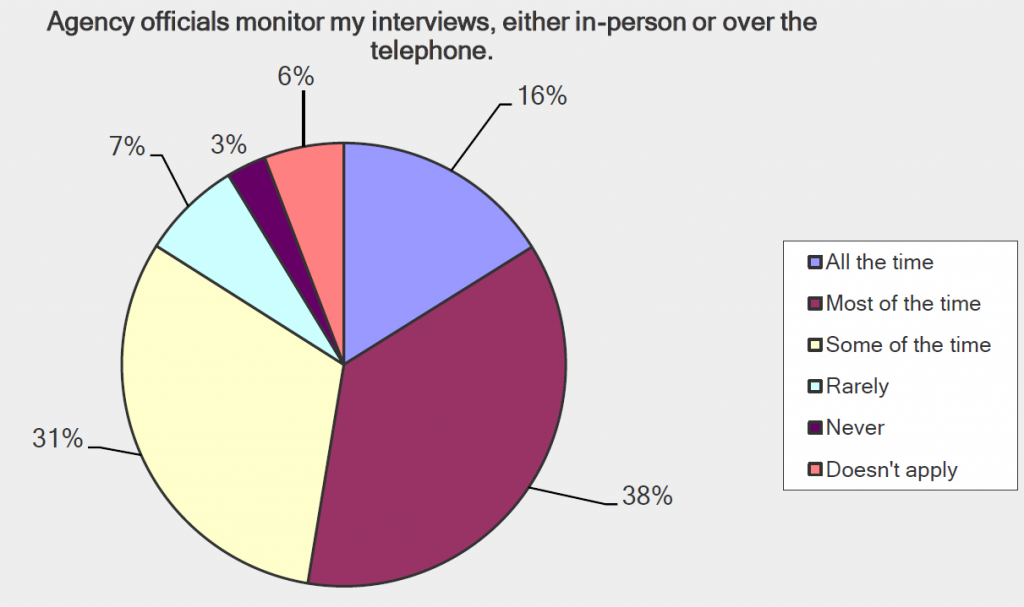 A chart from the Society of Professional Journalists' survey indicates the extremely high amount of journalists who say that agency officials monitor interviews with agency employees. In fact, only 9% of journalists say that this rarely or never happens.

The Society of Professional Journalists conducted a study for this year’s Sunshine Week surveying 146 journalists who cover federal agencies regarding the role that public affairs or public information officers play in restricting the flow of relevant information to the public.  The survey found that journalists face significant obstacles in the performance of their duties due to the obstructive activities of public affairs officers. Some of these obstacles include requiring pre-approval for interviews, prohibiting interviews of certain agency employees or rerouting interview requests, and the active monitoring of interviews being conducted with agency employees.  Journalists who responded to the survey found that this obstruction is preventing the public from “getting all the information it needs because of barriers agencies are imposing on journalists’ reporting practices.”

Here’s what the survey found: