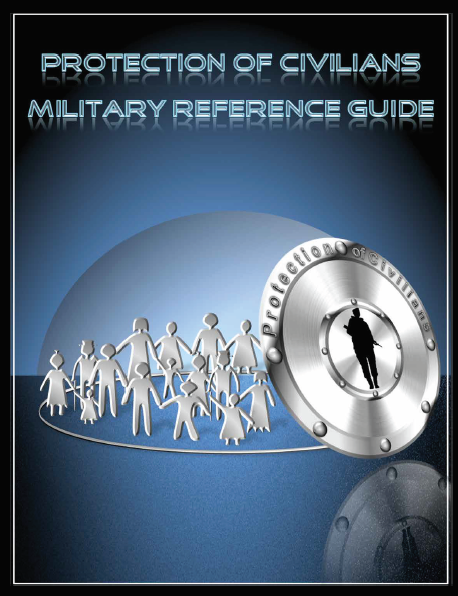 Protection of Civilians (PoC) must be considered and integrated during all military operations, including Peace Support Operations (PSO) and Major Operations during Armed Conflict (MOAC). Civilians are protected persons under international law, and parties to a conflict have a legal obligation to protect civilians from the conflict’s effects. Additionally, PoC is a major objective of many military operations and is frequently included in peace support mandates.

There is, nevertheless, a lack of clarity and common understanding about PoC and how to achieve it. Many recent studies have noted that civilians are the people most at risk during armed conflict and peacekeeping operations have often not protected civilians effectively. These studies have identified numerous problems including inadequate mandates; a lack of applicable doctrine; differing views on what PoC includes; challenges in integrating the diverse set of military, police, and civilian actors required for PoC; and a lack of the necessary capabilities.

This PoC Military Reference Guide is intended to be a resource for military commanders and staffs who must consider PoC while conducting operations in PSO and MOAC contexts as shown below Other interested readers may include international organizations, national militaries, training centers, and civilian and police officials who are also concerned with PoC.

1.2.5. The challenges and solutions become more complex when PoC is expanded beyond issues related to physical violence perpetrated by armed actors during a conflict. Many peace support or stability operations may be mandated to build the capacity of a host state government to contribute to long-term stability. However, such activities do not automatically reduce violence against civilians, and in some cases can spark greater PoC risks. Moreover, cooperation with some host state actors, such as the governmental leadership or security forces, can create moral dilemmas if they have a record of abuses. while host state actors may be important partners for achieving other goals or reducing threats to civilians over time, they may be contributing to abuses in the short term. If the mission challenges the host-state government or other actors’ efforts to perpetrate abuse es against civilians, it can affect the military force’s ability to operate. This is particularly true for PSO missions that are deployed under UN Security Council authorization with the strategic consent of the host state government and parties to the conflict or peace agreement. 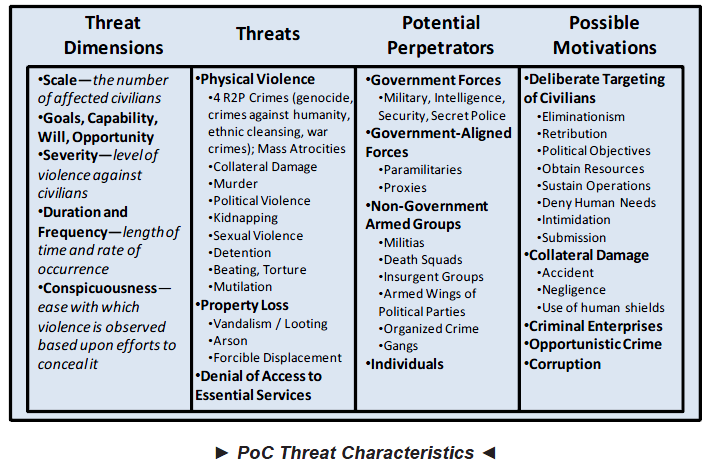