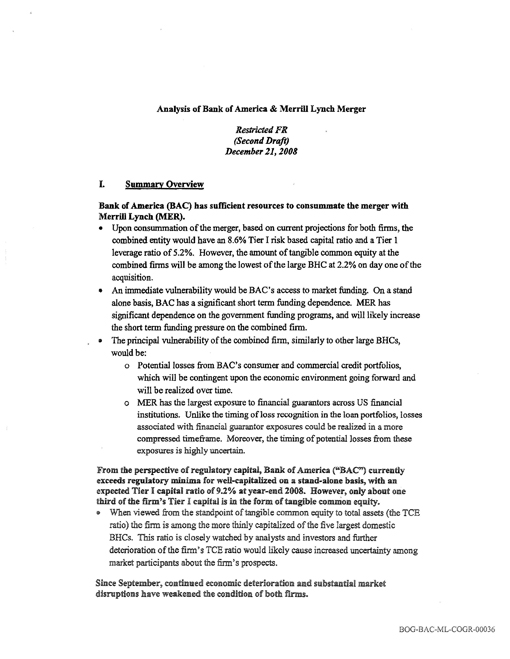 Bank of America (BAC) has sufficient resources to consummate the merger with Merrill Lynch (MER).

From the perspective of regulatory capital, Rank of America (“RAC,,) currently exceeds regulatory minima for well-capitalized on a stand-alone basis, with an expected Tiel’ I capital ratio of 9.2% at year-end 2008. However~ only about one third of the firm’s Tier I capital is in the form of tangible common equity.

Since September, continued economic deterioration and substantial market disruptions have weakened the condition of both firms.

While the extent of the market disruptions that have occurred since mid-September were not necessarily predictable, BAC management’s contention that the severity of MER’s losses only came to light in recent days is problematic and implies substantial deficiencies in the due diligence carried out in advance of and subsequent to the acquisition .

The combined firm remains vulnerable to a continuing downturn.