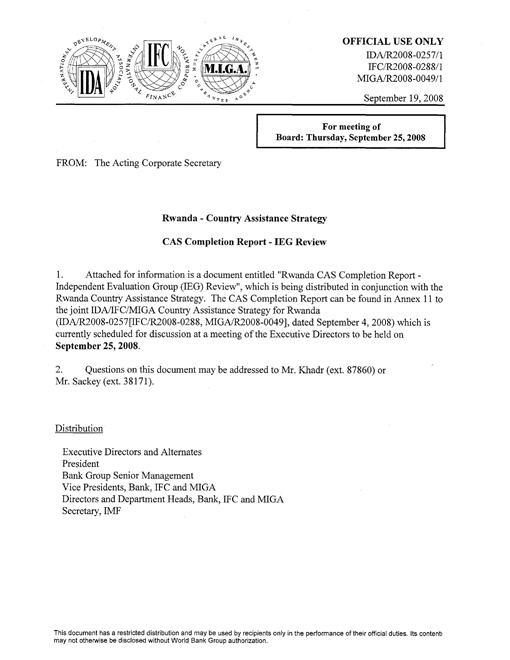 i. This review covers both the FYO3-05 CAS (extended to FY06) and the FYO6-08 Interim Strategy Note (ISN), as does the CASCR, and refers to the two documents together as the FY03 CAS, unless otherwise specified. The FY03 CAS sought to assist land-locked Rwanda to overcome the legacy of civil war, genocide, and cross-border war which left it with a per capita income of only US$210 in 2002, compared to US$370 in 1990. Its objectives were: (a) revitalization of the rural economy; (b) private sector development and employment creation; and (c) human and social development. However, these were reformulated into a five objective program for purposes of defining triggers and monitoring
indicators and otherwise developing the particulars of the program. This formulation is maintained in
the CASCR and so is also maintained in the CASCR Review, namely: (1) mainstream poverty
reduction; (2) revitalize the rural economy; (3) develop the private sector and create employment; (4)
support human and social development; and (5) improve the effectiveness of public sector actions and
governance, consistent with the government’s PRSP. A sixth objective concerning national
reconciliation, security, and governance, was presented in the FY03 CAS matrix but is not considered a
full component since its program was small and substantially included in other objectives. The ISN
also presents the three main objectives as in the CAS but then also reverts to the five objective
formulation for presenting the particulars of the program. While overall CAS goals were ambitious, the
lending program was realistic, although AAA was modified substantially in implementation especially to
better assist government in improving financial management.

ii. Portfolio implementation was good, with no problem projects after FY06, and the outcomes of all
three projects exiting the portfolio during FYO3-08 were rated by IEG as either moderately satisfactory
or satisfactory. Rwanda portfolio ratings are better than for averages for Africa and the Bank.

iii.  IEG rates the outcome of the five objectives as taken from the FY03 CAS. The outcomes of
objectives 1, 2, 3, and 5 are rated moderately satisfactory and the outcome of objective 4 is rated
satisfactory as detailed for each objective: (1) growth of GDP and agricultural productivity were
satisfactory if below the ambitious CAS targets, but the only evidence on poverty reduction shows little
progress; (2) social and economic services were improved as most targets were met or surpassed, but
no information is provided on privatization of coffee processing facilities; (3) non-performing loans in
the banking sector decreased, there was some progress in public enterprise reform, and exports were
diversified, but export and investment targets were not met; (4) there were a large number of objectives
and almost all of them were accomplished; (5) a new budget law was passed, procurement and budget
preparation improved but the need for more progress was noted in the CASCR. The overall outcome
rating is moderately satisfactory. The CASCR does not rate the outcome of the first objective (although
it incorporates some of its components in the rating of other objectives), and rates the outcome of
objectives 2 and 5 as moderately satisfactory and of objectives 3 and 4 as satisfactory, with an overall
outcome rating of satisfactory.

iv.  Donor coordination has been effective, but since IDA accounts for only 10-20 percent of ODA,
further emphasis on coordination is warranted especially for training and capacity development. 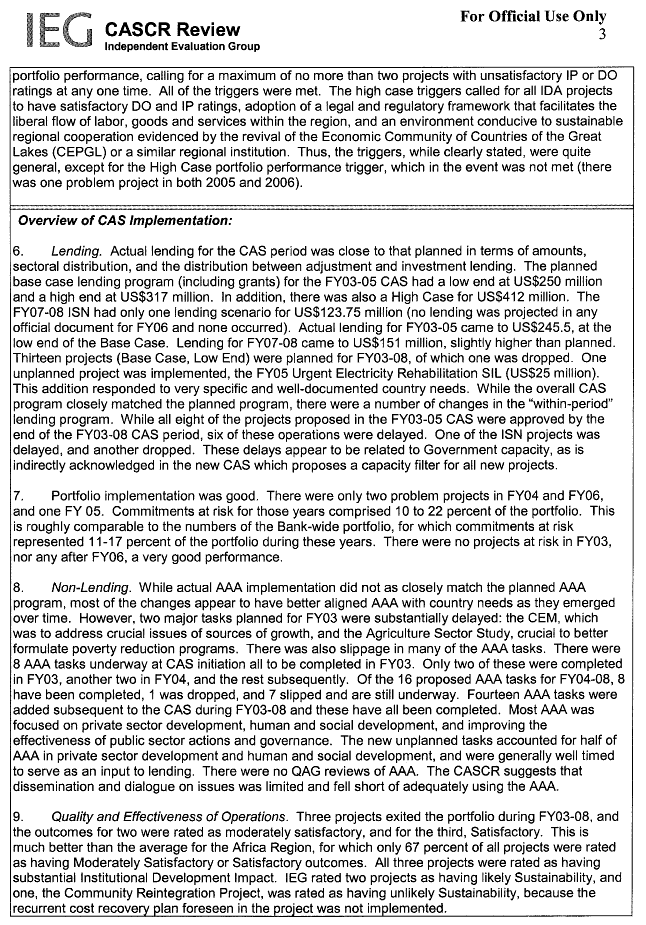 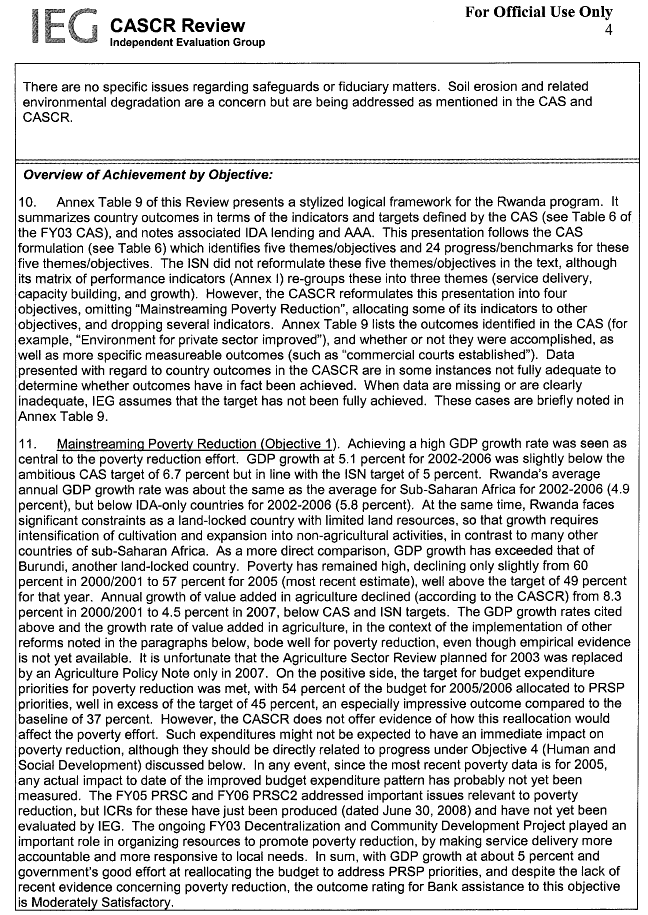