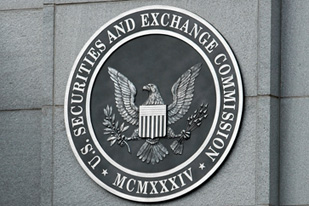 The Securities and Exchange Commission announced that it filed today an enforcement action in the U.S. District Court for the Southern District of New York, charging Hazem Khalid Al-Braikan, a resident of Kuwait, and three related foreign entities for engaging in an illicit scheme through which they reaped millions of dollars in profits from trading around hoax offers to acquire U.S. companies. The SEC obtained an emergency court order to freeze more than $5 million in trading profits that it has located in various accounts in their names.

In its complaint, the SEC alleges that Hazem Khalid Al-Braikan and the related entities traded around false news of a purported tender offer by a Middle East investment group to acquire Harman International Industries, Inc. at $49.50 per share. A phony press release publicizing the hoax offer was faxed to media outlets on Sunday, July 19, and subsequently reported on the Internet on Monday, July 20, before the stock market opened. Harman International’s share price, which had closed the previous trading day at $25.18, climbed more than 40 percent in pre-market trading. Harman International repudiated the offer shortly before the market opened for regular trading. The share price dropped sharply thereafter and closed the day at $20.86.

The SEC further alleges that two of the entities similarly traded around a hoax tender offer in April 2009, when a Kuwaiti newspaper reported that a consortium of Middle East companies were offering to purchase Textron Inc. This offer also turned out to be false. Al-Braikan and the entities amassed positions in the one or both of the securities of the companies shortly before the bogus offers were publicized. They then sold their securities at prices inflated by the false information to reap their illicit profits.

By virtue of the conduct described above, the Commission alleges in its complaint that the defendants violated Section 10(b) of the Securities Exchange Act of 1934 and Rule 10b-5, antifraud provisions of the federal securities laws. The complaint seeks a permanent injunction, disgorgement of ill-gotten gains with prejudgment interest, and financial penalties.

Upon the SEC’s request, the Honorable John G. Koeltl issued a temporary restraining order freezing the defendants’ assets in the U.S., including accounts holding more than $5 million in ill-gotten gains.