Security Costs Report for the Toronto 2010 G8 and G20 Summits 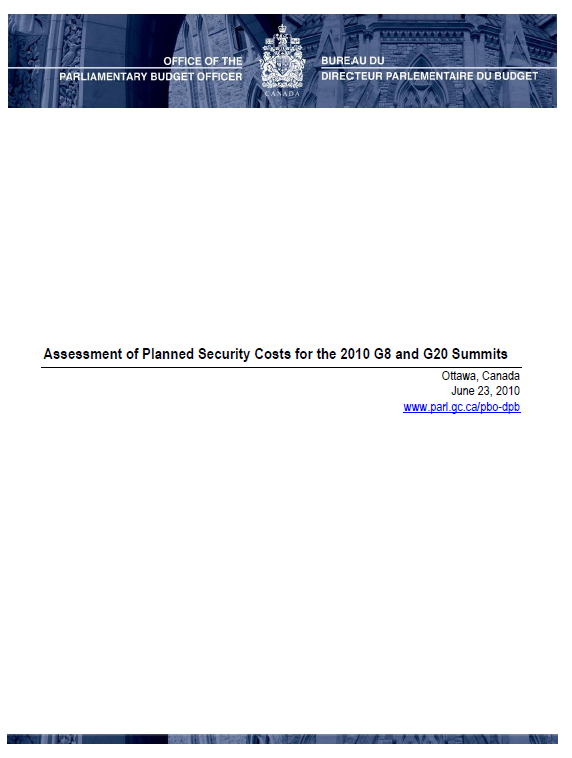 The Parliament of Canada Act mandates the Parliamentary Budget Officer (PBO) to provide independent analysis to the Senate and House of Commons on the state of the nation’s finances, the government’s estimates and trends in the national economy. 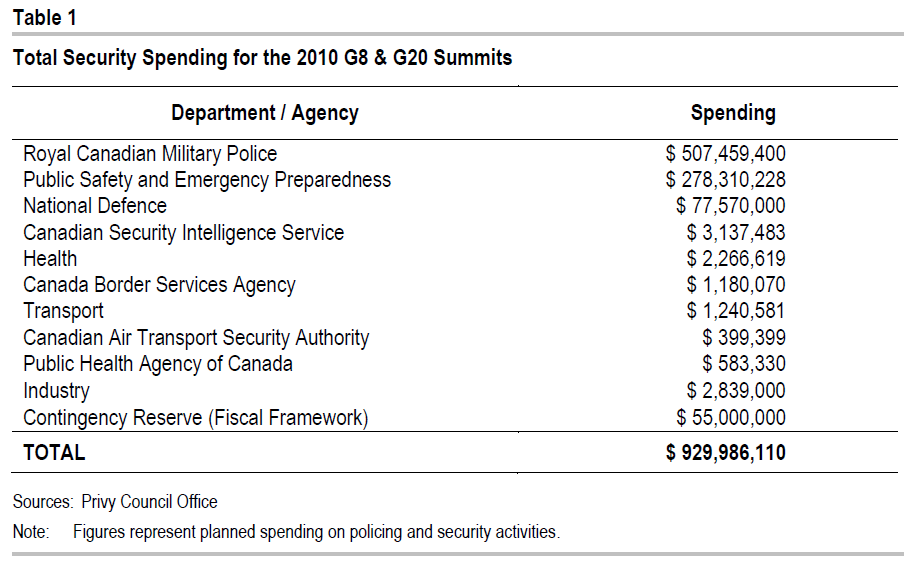 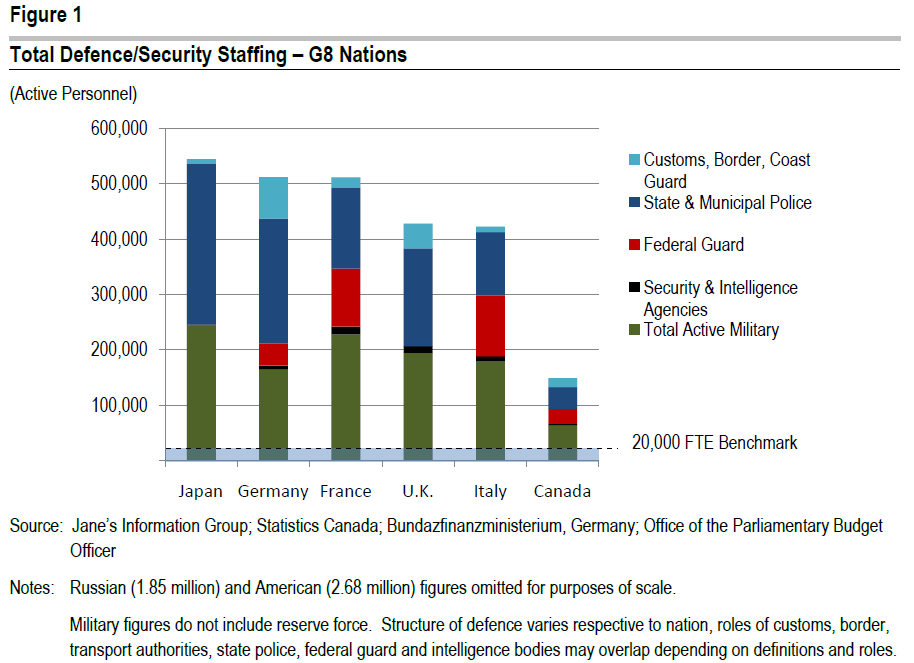 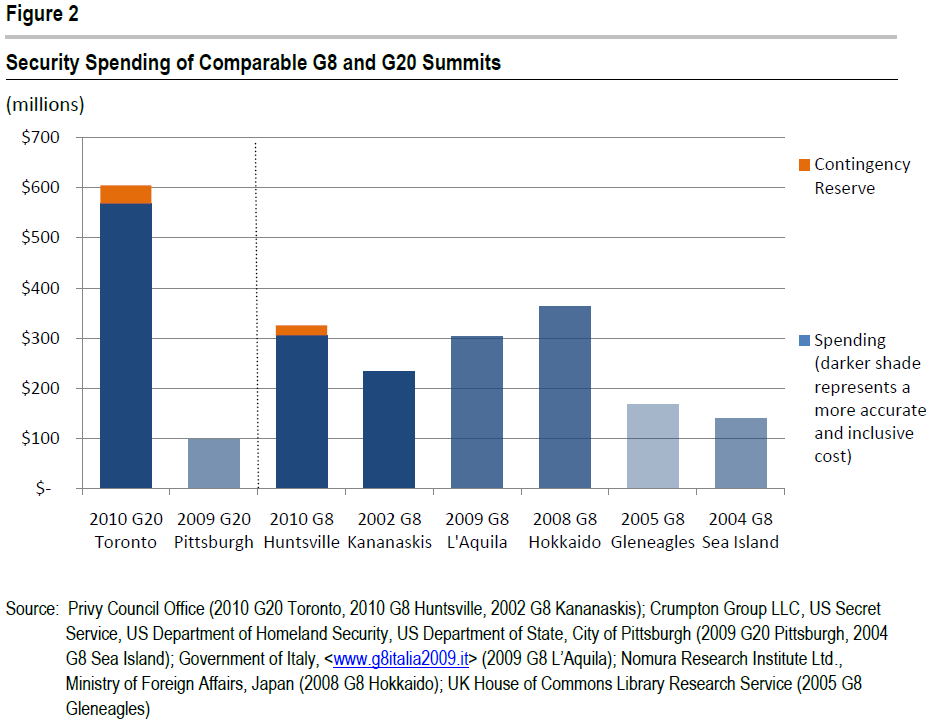