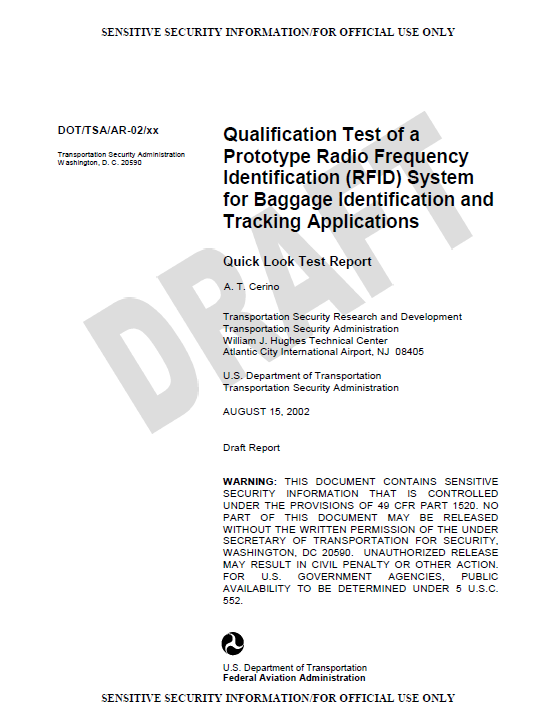 The test demonstrated that the system was able to achieve a 98.54% read rate ({number of successful tag reads}/{number of read attempts}) for over 1000 read attempts on the set of 22 bag tags used in the test. However, several issues would have to be addressed before this prototype system could be used in a live operational environment: a) bag tag durability, b) compatibility of the tags with bag tag printing equipment, c) ruggedness and reliability of the exposed, unshielded antenna array, and d) feasibility of implementing a conveyor belt which uses non-conductive material under the belt for the purpose of reading tags close to the belt.

This RFID qualification test is part of a series of tests begun by the FAA Aviation Security Research and Development Division to determine the feasibility of using RF technology to accomplish identification and tracking of passenger baggage on foreign and domestic commercial airlines for security purposes. Now as part of the Transportation Security Administration (TSA), the Transportation Security Laboratory is continuing to explore the viability of various systems that may be used to achieve this objective. This test was conducted on a prototype RFID system made by Avante International Technology, Inc. The test was
conducted at Newark International Airport.

The test of the Avante RFID System took place at the Newark International Airport on July 10-11, 2002. It was conducted to demonstrate that the Avante RFID System could accurately read and identify RFID baggage tags attached to test bags moving along a conveyor belt in a representative operational airport environment. Participants in the test included representatives of the TSA, contractor personnel working for the TSA, and Avante personnel. TSA personnel oversaw the conduct of the test. Contractor personnel from Veridian Engineering working for the TSA were responsible for the overall planning and coordination of all test activities, monitoring of vendor test equipment installation/checkout, monitoring of the operation of the test equipment and data collection.

The test was performed by setting up a freestanding test belt in the baggage handling area of the airport. This was done so that the testing could be accomplished without impacting the normal airport baggage processing operations. The test belt was self-powered, and moved at a rate comparable to standard airport baggage belts (approximately 3 feet / second), but was smaller inwidth than normal baggage-handling belts. The test belt, configured as it was used in the test, is shown in Figure 1. 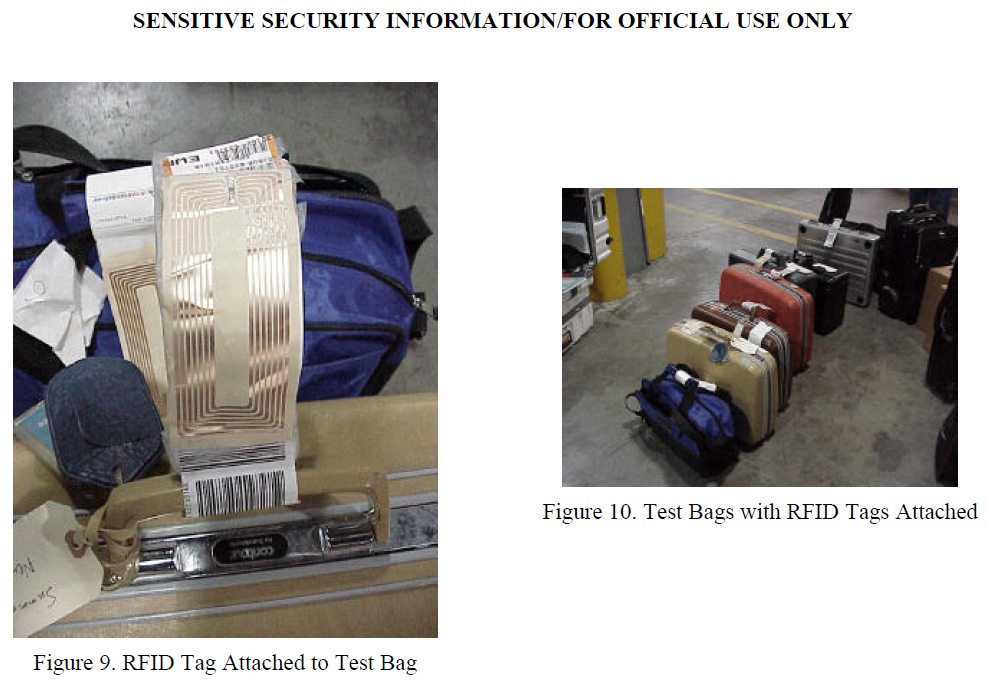