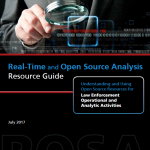 Open source platforms can be used by criminals to instigate or conduct illegal activity and by terrorists to recruit and encourage new members, disseminate violent extremist messaging through video or documents, coordinate activities, and claim responsibility for attacks around the world. As such, law enforcement and analytic personnel should understand the uses of social media and be aware of social media tools that can be used to document criminal and terrorist activity. A wide variety of open source analysis tools—both no-cost and paid—is available to public and private sector organizations, including law enforcement and analytic personnel, and the technology continues to evolve. ROSA tools that access only publicly available information and are capable of searching multiple platforms simultaneously are assets for maximizing efficiency during authorized uses by law enforcement and analytic personnel. 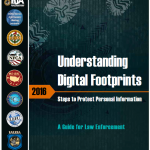 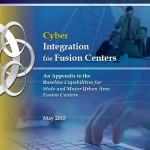 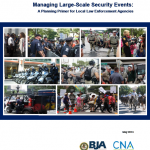 Large-scale events provide local governments with a number of valuable opportunities, including increasing revenue, revitalizing a city, and providing an increased sense of community. With these benefits comes greater responsibility for local law enforcement to ensure the public’s safety. When law enforcement executives are tasked with managing a large event, they can maximize their efforts by learning from other agencies and adopting proven practices. Too often, however, past lessons learned are not documented in a clear and concise manner. To address this information gap, the U.S. Department of Justice’s Bureau of Justice Assistance worked in partnership with CNA to develop this Planning Primer. 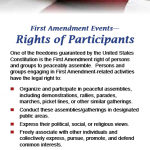 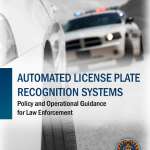 Law enforcement officers are often searching for vehicles that have been reported stolen, are suspected of being involved in criminal or terrorist activities, are owned by persons who are wanted by authorities, have failed to pay parking violations or maintain current vehicle license registration, and any of a number of other factors. Law enforcement agencies throughout the nation are increasingly adopting automated license plate recognition (ALPR) technologies, which function to automatically capture an image of the vehicle’s license plate, transform that image into alphanumeric characters, compare the plate number acquired to one or more databases of vehicles of interest, and alert the officer when a vehicle of interest has been observed, all within a matter of seconds.

Eight presentations used in the State and Local Anti-Terrorism Training (SLATT) program for law enforcement, which is supported by grants from the Department of Justice’s Bureau of Justice Assistance.

A video made by the Bureau of Justice Assistance and the International Association of Chiefs of Police. It is designed to inform law enforcement “line officers” of standards for reporting suspicious activity in furtherance of the Nationwide Suspicious Activity Reporting Initiative (NSI). The video and transcript were obtained from the website of the Department of Public Safety in New Mexico.

In order for criminal justice professionals to effectively combat terrorism/extremism, it is imperative to obtain as much information as possible. Extremist groups often develop languages of their own. Some have created terms that are unique in the English language, while others have given new or expanded meaning to relatively common words and phrases. In addition, certain symbols, events, organizations, and individuals have particular significance for members of some extremist organizations, none of which may be familiar to an investigator or prosecutor who has not previously been involved with such cases. Investigating Terrorism and Criminal Extremism—Terms and Concepts is a glossary designed primarily as a tool for criminal justice professionals to enhance their understanding of words relating to extremist terminology, phrases, activities, symbols, organizations, and selected names that they may encounter while conducting criminal investigations or prosecutions of members of extremist organizations. Included are terms that may be germane to members of an extremist movement. Also defined are words that are singularly employed by specific extremist groups. Legal terms that have been given new meanings by groups’ adherents are also defined. Similarly, certain terms that describe activities and tactics commonly undertaken by extremists are also included. Significant groups, organizations, movements, and publications that are important for an understanding of terrorism/extremism in the United States and that may be encountered by law enforcement officers and prosecutors are also documented. Inasmuch as this publication is primarily intended to define terms, individuals indexed by name are limited in occurrence. However, there are some people who are of such importance to certain segments of the extremist movement that their very names are equated with that cause. Therefore, some of the better-known terrorists are included.