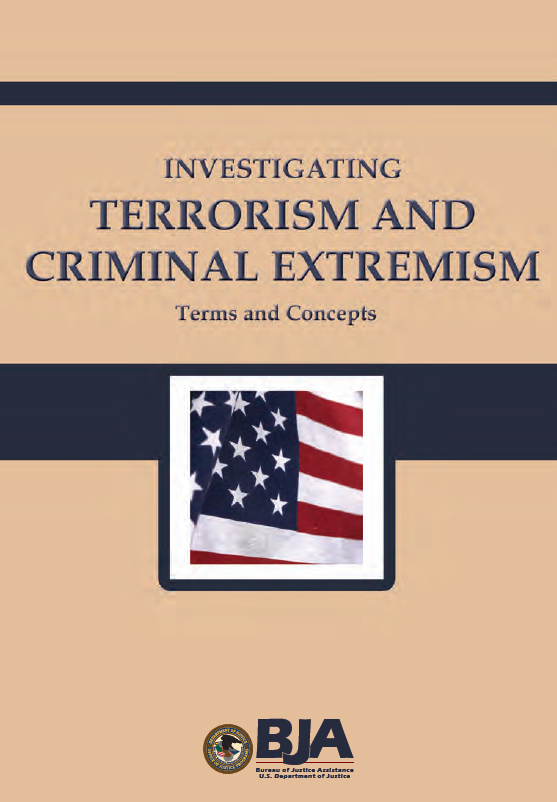 In order for criminal justice professionals to effectively combat terrorism/extremism, it is imperative to obtain as much information as possible. Extremist groups often develop languages of their own. Some have created terms that are unique in the English language, while others have given new or expanded meaning to relatively common words and phrases. In addition, certain symbols, events, organizations, and individuals have particular significance for members of some extremist organizations, none of which may be familiar to an investigator or prosecutor who has not previously been involved with such cases.

Investigating Terrorism and Criminal Extremism—Terms and Concepts is a glossary designed primarily as a tool for criminal justice professionals to enhance their understanding of words relating to extremist terminology, phrases, activities, symbols, organizations, and selected names that they may encounter while conducting criminal investigations or prosecutions of members of extremist organizations. Included are terms that may be germane to members of an extremist movement. Also defined are words that are singularly employed by specific extremist groups. Legal terms that have been given new meanings by groups’ adherents are also defined. Similarly, certain terms that describe activities and tactics commonly undertaken by extremists are also included. Significant groups, organizations, movements, and publications that are important for an understanding of terrorism/extremism in the United States and that may be encountered by law enforcement officers and prosecutors are also documented. Inasmuch as this publication is primarily intended to define terms, individuals indexed by name are limited in occurrence. However, there are some people who are of such importance to certain segments of the extremist movement that their very names are equated with that cause. Therefore, some of the better-known terrorists are included.

The key criterion for inclusion of a term, phrase, or name in this publication is the likelihood that investigators and prosecutors may encounter it during the scope of their duties. The fact that an entry appears in this publication does not imply a connection to illegal activity. As an example, the location Waco, Texas, appears in the glossary. Investigators may hear reference to this location while working on certain antigovernment cases. Many terms and names appear under one or more individual entries. For this reason, a concerted effort was made to create a thorough index, allowing for a comprehensive search of terms of interest. 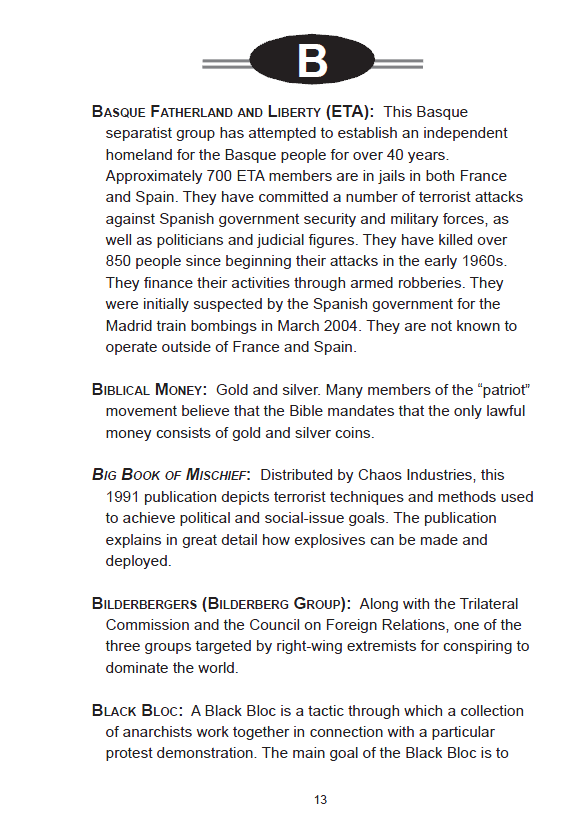 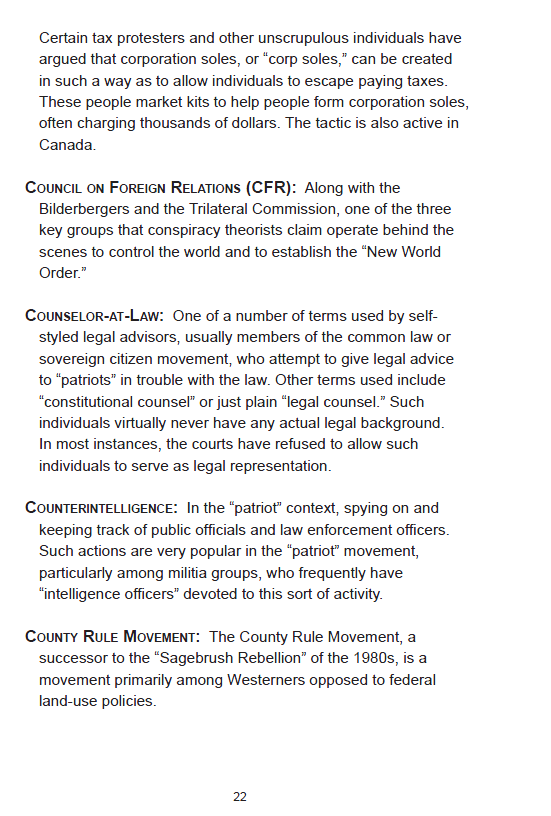 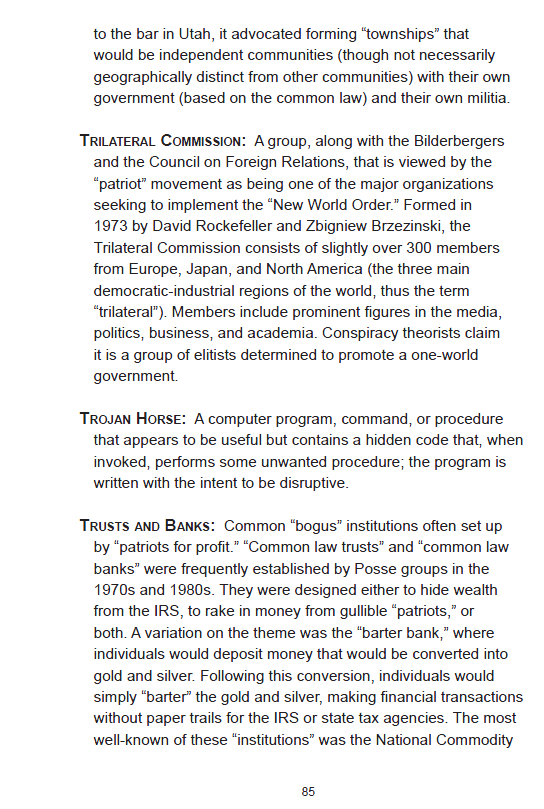 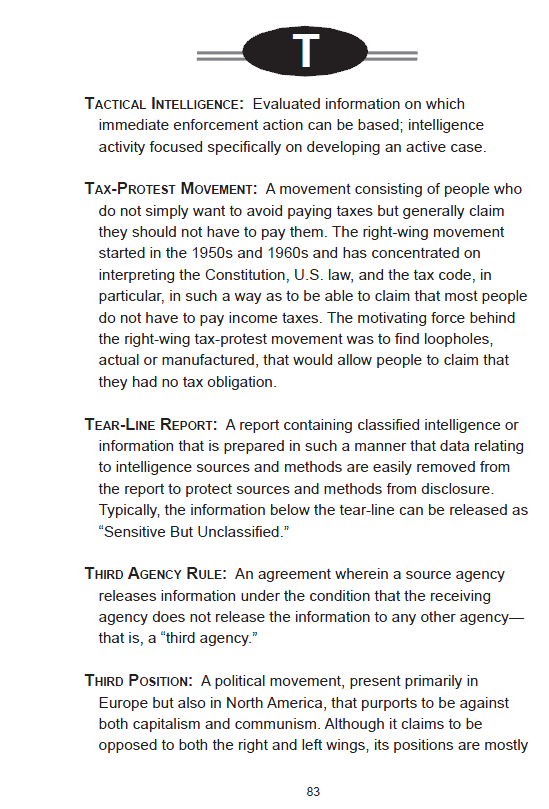