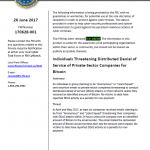 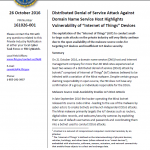 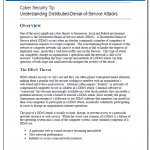 One of the most significant cyber threats to businesses, local and federal government agencies is the Distributed-Denial-of-Service attack (DDoS). A Distributed Denial of Service attack (DDoS) occurs when an attacker commands a number of computers to send numerous requests to a target computer. The overwhelming flood of requests to the website or computer network can cause it to shut down or fail to handle the requests of legitimate users, much like a rush hour traffic jam on the freeway. This type of attack can completely disrupt an organization’s operations until the network is able to be restored. Understanding the basic concept and methods of a DDoS attack can help operators of both large and small networks mitigate the severity of the attack. 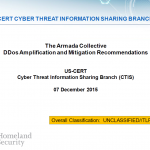 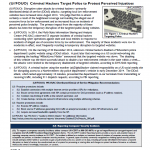 Disruptive cyber attacks by criminal hackers—primarily distributed-denial-of-service (DDoS) attacks—targeting local law enforcement websites have increased since August 2014. We judge that this is almost certainly a result of the heightened coverage surrounding the alleged use of excessive force by law enforcement and an increased focus on incidents of perceived police brutality. The primary impact from the majority of these attacks has been the temporary disruption of the targeted public-facing websites.