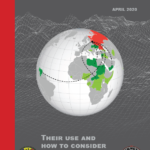 What Happens When You Protest a Weapons Factory

These photos were taken by Tom Wills and depict the events occurring around the “Smash EDO demonstration” in Brighton, UK on October 13, 2010.

In 2009, the Senate Armed Services Committee initiated an inquiry into private security contractors operating in Afghanistan. In the course of the inquiry, the Committee reviewed hundreds of thousands of pages of documents from the Departments of Defense and State, the U.S. Agency for International Development, and private security contractors. Committee staff conducted more than 30 interviews of military and contractor personnel and solicited written answers from several others. This report is a product of that inquiry.

1. (U) SITUATION: USF-I, DEPARTMENT OF STATE AND NUMEROUS OTHER ENTITIES IN IRAQ HAVE CONTRACTED SECURITY OPERATIONS FOR FORWARD OPERATING BASES (FOB) AND PERSONAL SECURITY DETAILS (PSD) TO PRIVATE SECURITY CONTRACTORS (PSC). GOVERNMENT OF IRAQ, MINISTRY OF INTERIOR (MOI) HAS IN RECENT MONTHS INDICATED THAT CONTRACTED SECURITY COMPANIES ARE NOT OPERATING WITH THE THE PURVIEW OF ESTABLISHED LAW.