The OECD Initiative on Tax Havens 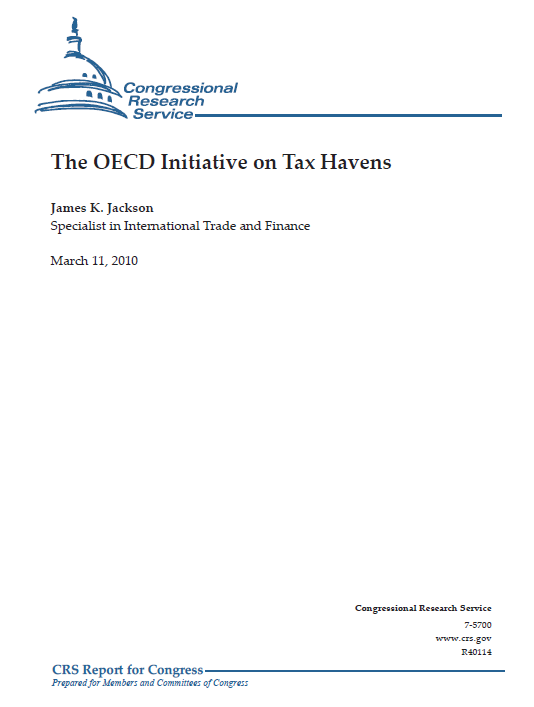 Since the 1990s, the Organization for Economic Cooperation and Development (OECD) has pursued the issues of bribery and tax havens, resulting in changes to certain U.S. laws. In addition, the OECD, under the direction of its member countries, spearheaded an international agreement to outlaw crimes of bribery, and it continues to coordinate efforts aimed at reducing the occurrence of money laundering, corruption, and tax havens. Also, the OECD is a pivotal player in promoting corporate codes of conduct that attempt to develop a set of standards for multinational firms that can be applied across national borders. On May 4, 2009, President Obama outlined his Administration’s policy to “crack down on illegal tax evasion” and to close loopholes. In the 111th Congress, companion legislation was introduced in the House (H.R. 1265) and the Senate (S. 506) to restrict the use of tax havens. Some estimates indicate that tax havens cost the United States $100 billion each year in lost tax revenues (The Christian Science Monitor, Tax Havens in U.S. Cross Hairs, by David R. Francis, June 9, 2008).

Two high-profile cases focused attention on the use of tax havens. The first case involved an
investigation in 2008 in Germany involving 600-700 German citizens reportedly funneling funds
into banks in Liechtenstein, taking advantage of Liechtenstein-based trusts to evade paying taxes
in Germany. At that time, Andorra, the Principality of Liechtenstein, and the Principality of
Monaco were the last remaining jurisdictions listed by the OECD as uncooperative tax havens. In
May 2009, however, the OECD’s Committee on Fiscal Affairs removed all three jurisdictions
from the list as a result of commitments they each made to implement the OECD standards of
transparency and effective exchange of information and the timetable they each set for
implementation.

The second case involves the Union Bank of Switzerland (UBS). For more than a year, the IRS
had pressured the Swiss banking firm to release the names of 52,000 Americans the agency
believes have offshore accounts in Switzerland and are using Switzerland’s banking secrecy laws
to avoid paying taxes. So far, UBS has agreed to pay $780 million in fines and has admitted that it
set up shell companies and accounts in Switzerland on behalf of U.S. citizens, that it advised U.S.
citizens on the best way to hide their assets from the IRS, and that UBS employees gave U.S.
clients tips on placing pricey art and jewelry in safety deposit boxes without declaring them to the
IRS. 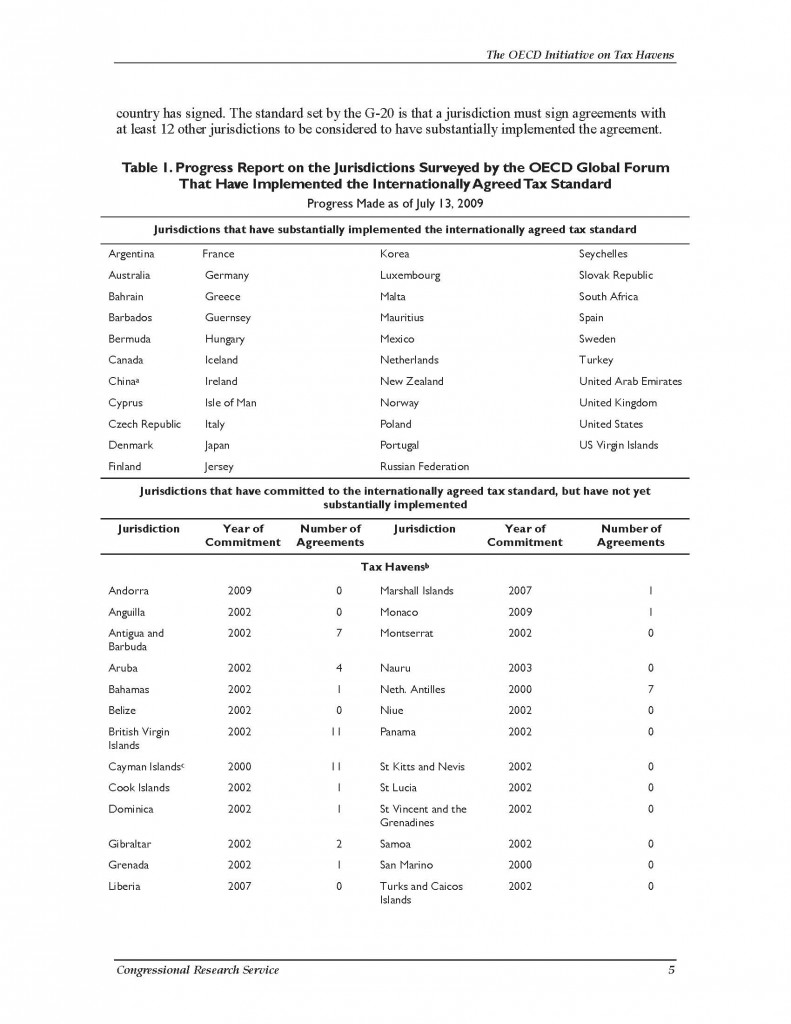 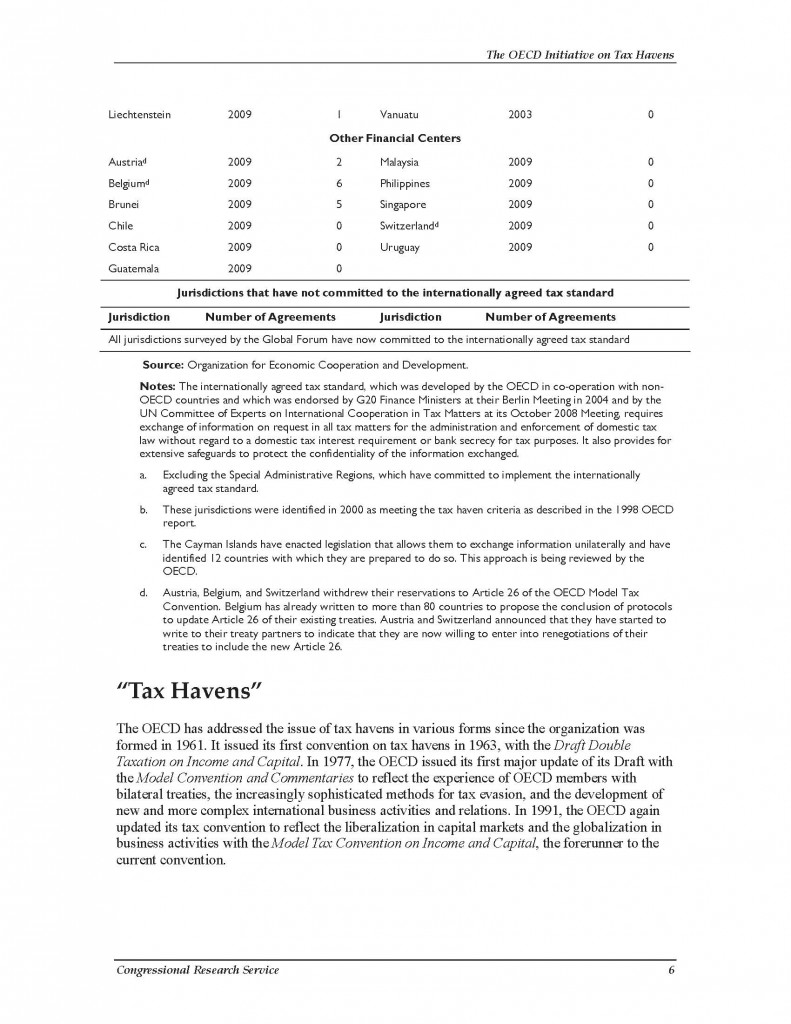