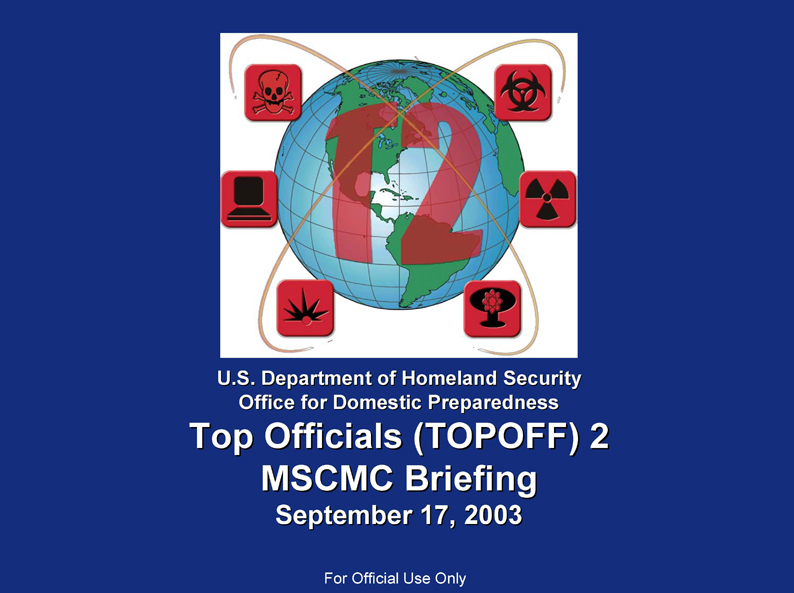 •Two year planning endeavor, involving over 300 experts at all levels of government and the private sector.

•103 Federal, State and local and 19 Canadian departments and agencies, as well as 76 hospitals are participating.

•The threat will emulate the same fictional international terrorist organization employed in TO2000: 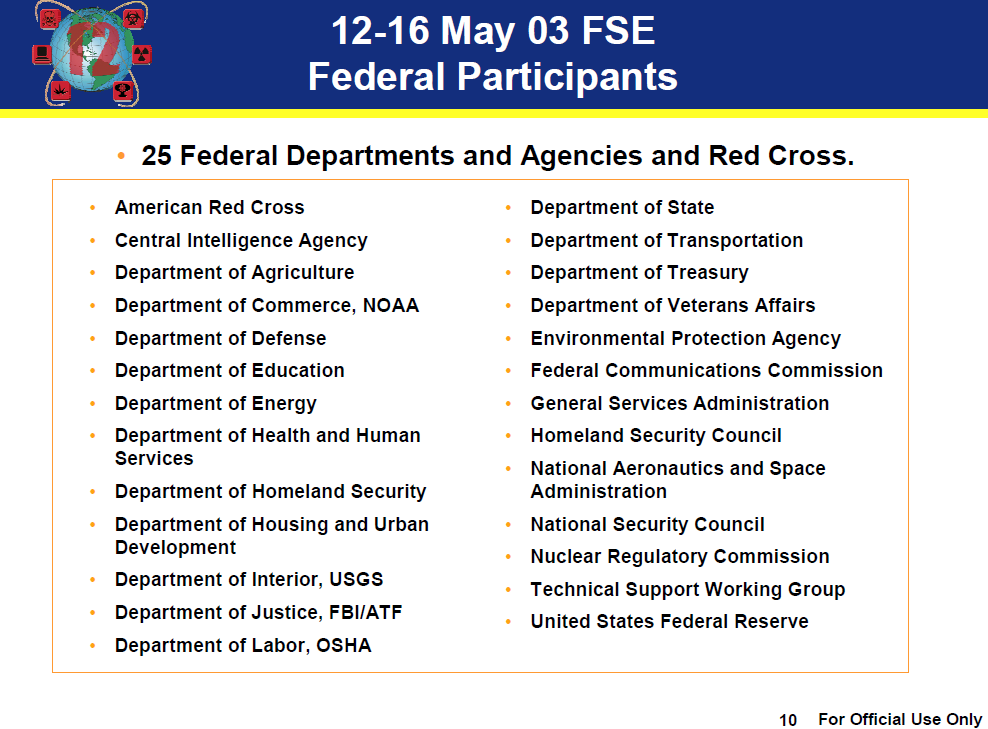 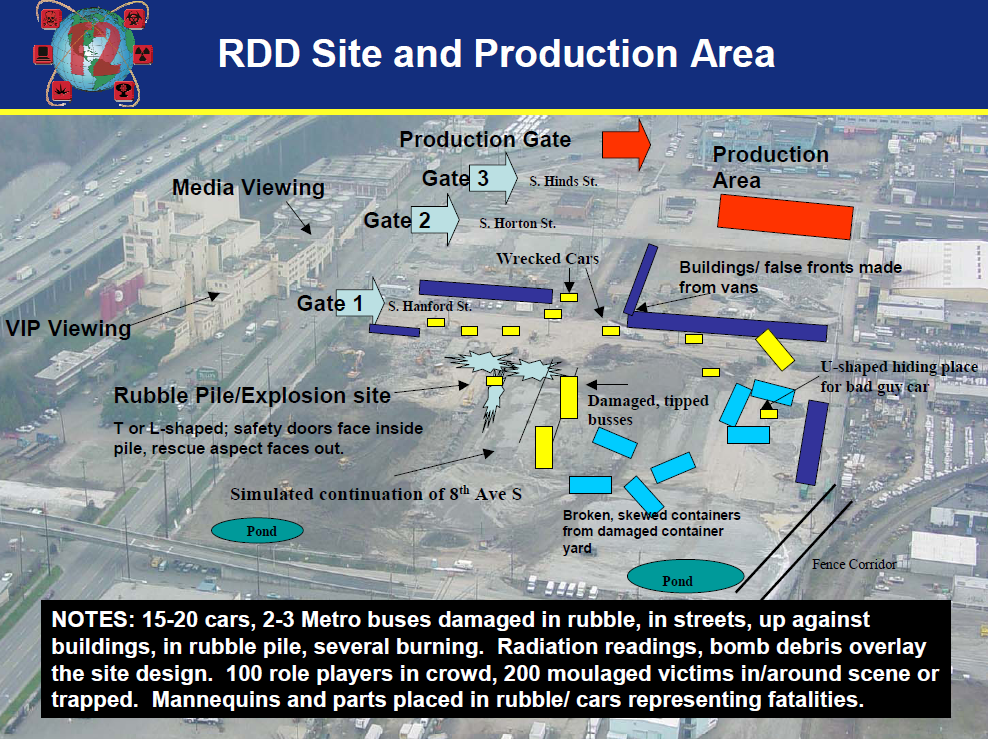 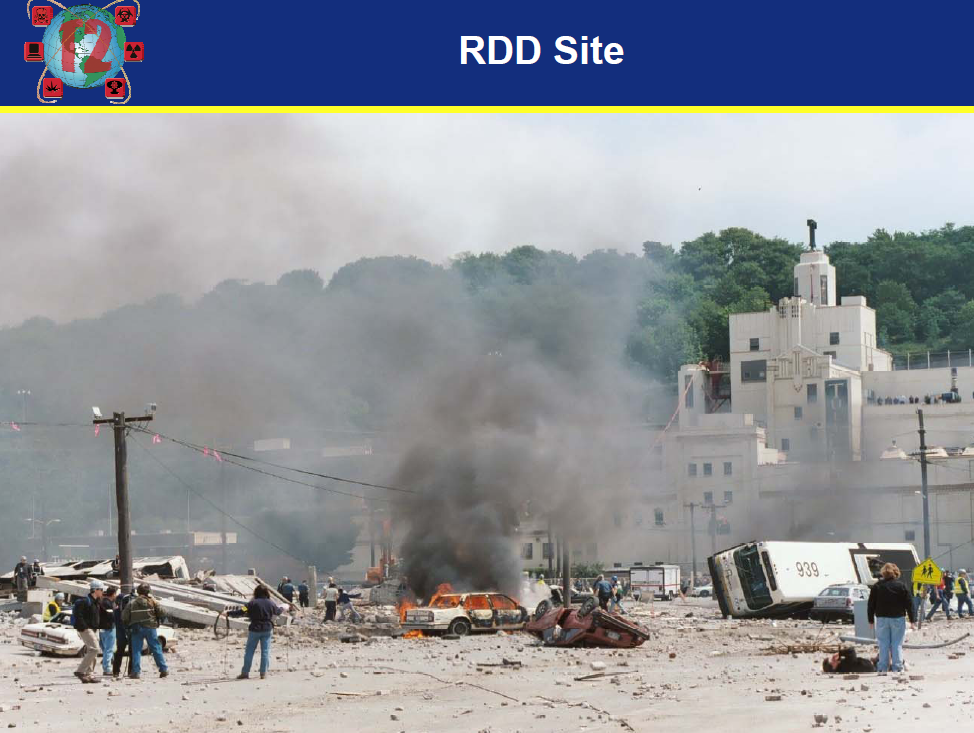