This document was originally downloaded via Google Docs’ cached version of the following public location: 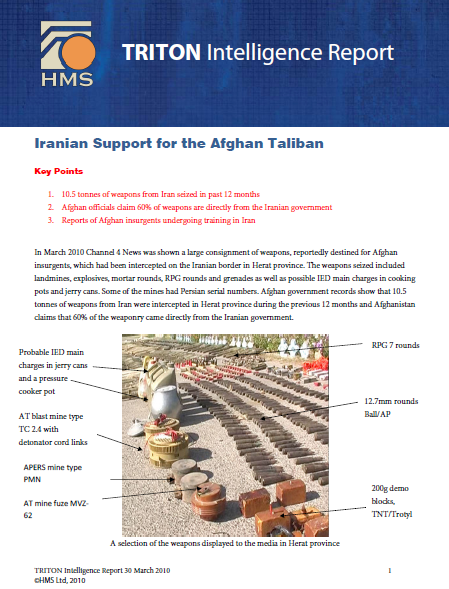 1. 10.5 tonnes of weapons from Iran seized in past 12 months
2. Afghan officials claim 60% of weapons are directly from the Iranian government
3. Reports of Afghan insurgents undergoing training in Iran

In March 2010 Channel 4 News was shown a large consignment of weapons, reportedly destined for Afghan insurgents, which had been intercepted on the Iranian border in Herat province. The weapons seized included landmines, explosives, mortar rounds, RPG rounds and grenades as well as possible IED main charges in cooking pots and jerry cans. Some of the mines had Persian serial numbers. Afghan government records show that 10.5 tonnes of weapons from Iran were intercepted in Herat province during the previous 12 months and Afghanistan claims that 60% of the weaponry came directly from the Iranian government. 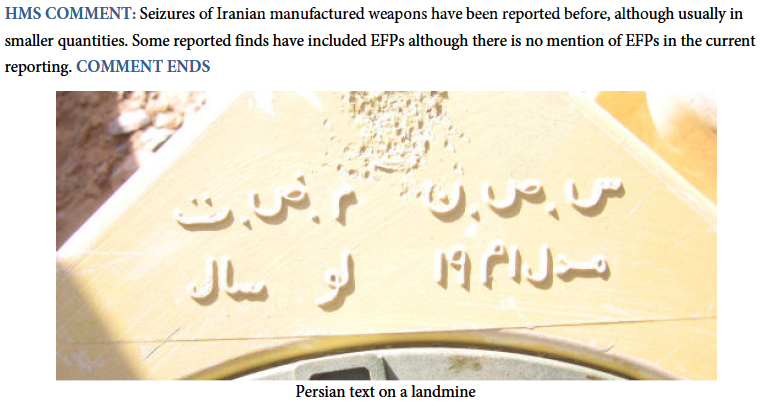