The following report was obtained from the website of the American Trucking Associations prior to widespread media reporting on the document which led to its removal from the site. 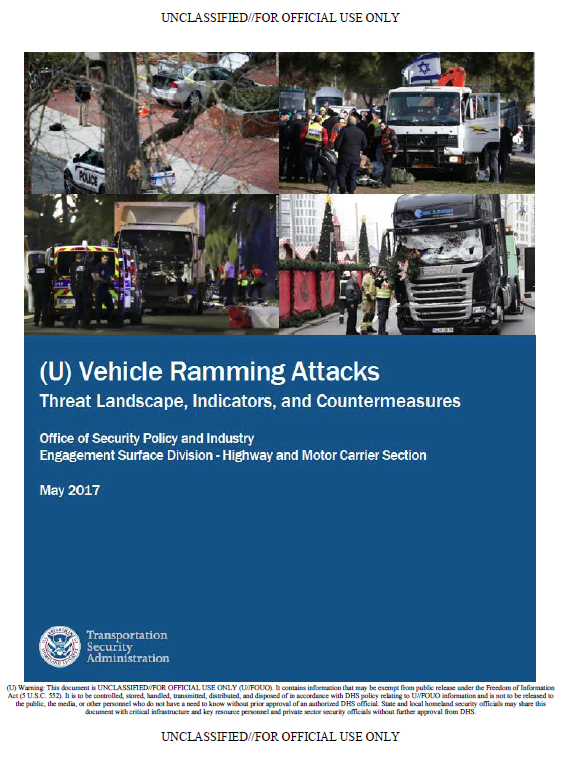 (U) Vehicle ramming is a form of attack in which a perpetrator deliberately aims a motor vehicle at a target with the intent to inflict fatal injuries or significant property damage by striking with concussive force.

(U) Vehicle-ramming attacks are considered unsophisticated, in that a perpetrator could carry out such an attack with minimal planning and training. It is likely that terrorist groups will continue to encourage aspiring attackers to employ unsophisticated tactics such as vehicle-ramming, since these types of attacks minimize the potential for premature detection and could inflict mass fatalities if successful. Furthermore, events that draw large groups of people—and thus present an attractive vehicle ramming target—are usually scheduled and announced in advance, which greatly facilitates attack planning and training activities.

(U) From 2014 through 2017, terrorists carried out 17 known vehicle ramming attacks worldwide, resulting in 173 fatalities and 667 injuries. 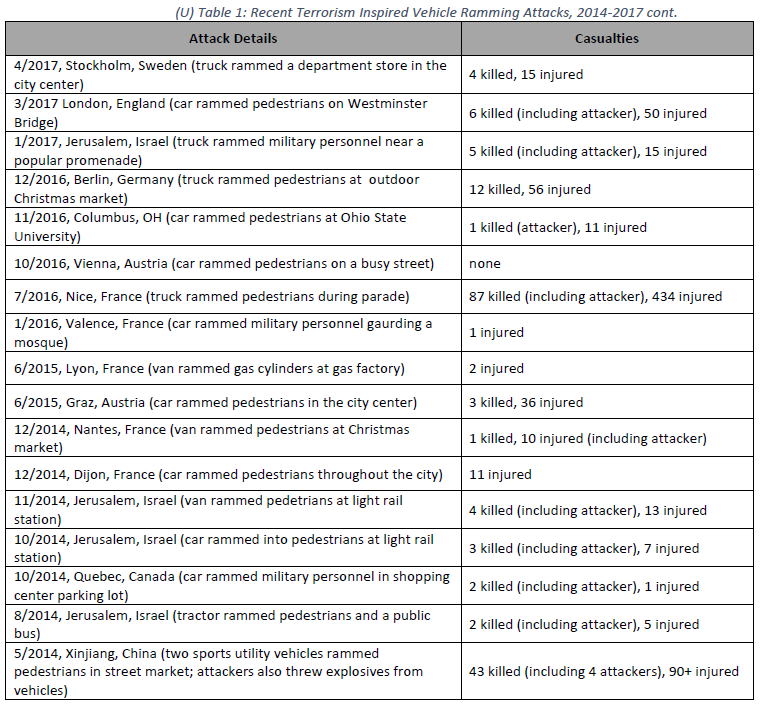 (U) Commercial vehicles – distinguished by their large size, weight and carrying capacity – present an especially attractive mechanism for vehicle ramming attacks because of the ease with which they can penetrate security barriers and the large-scale damage they can inflict on people and infrastructure. Furthermore, commercial trucks and buses are plentiful and routinely arouse no suspicion because of the exceptional access they have to structures and activity centers.

(U) Commercial vehicles may be obtained for terrorist activity in a variety of ways, including: