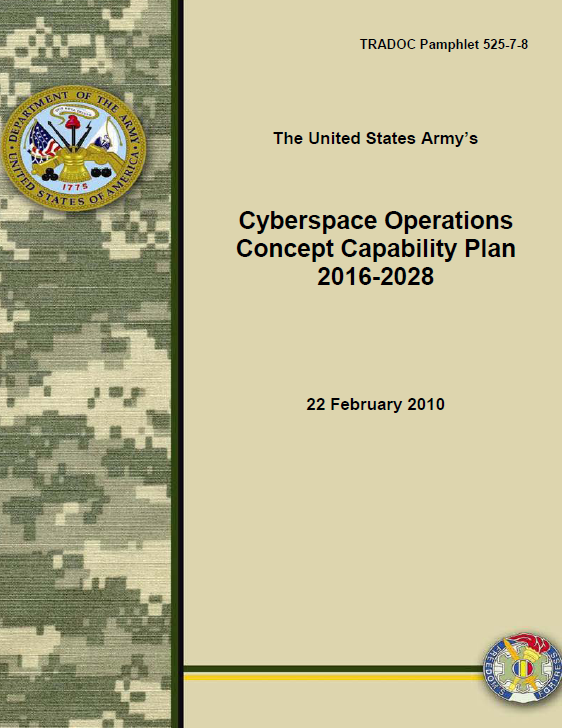 The U.S. Army Training and Doctrine Command’s assessment of the future operational environment highlights the importance of all aspects of information on the future battlefield. Army forces operate in and among human populations, facing hybrid threats that are innovative, networked, and technologically-savvy. These threats capitalize on emerging technologies to establish and maintain a cultural and social advantage; leveraging these new capabilities for command and control, recruiting, coordinating logistics, raising funds, and propagandizing their message. To operate effectively in this emerging environment, the Army must realign its information “Aim Point.” Army leaders and Soldiers must possess an in-depth understanding of how to leverage information-based capabilities to gain and maintain situational awareness. Understanding how to fight for and leverage the power of information, while denying the adversary’s ability to do the same, will be increasingly critical to success on the future battlefield.

The assessment indicates that the Army’s current vocabulary, including terms such as computer network operations (CNO), electronic warfare (EW), and information operations (IO) will become increasingly inadequate. To address these challenges, there are three interrelated dimensions of full spectrum operations (FSO), each with its own set of causal logic, and requiring focused development of solutions:

• The first dimension is the psychological contest of wills against implacable foes, warring factions, criminal groups, and potential adversaries.
• The second dimension is strategic engagement, which involves keeping friends at home, gaining allies abroad, and generating support or empathy for the mission.
• The third dimension is the cyber-electromagnetic contest, which involves gaining, maintaining, and exploiting a technological advantage.

The first and second dimensions focus on how commanders and staffs orchestrate and leverage information power to achieve their missions. The third dimension focuses on gaining and maintaining an advantage in the converging mediums of cyberspace and the electromagnetic spectrum (EMS). The Army’s construct of gaining advantage, protecting that advantage, and placing adversaries at a disadvantage is well nested within these dimensions; and contributes to the outcomes that must be achieved by unified action at the tactical, operational, and strategic levels. Current operations reinforce our conviction that concepts and capabilities are needed for each of these dimensions.

IO encompasses all three of these dimensions, but is increasingly an overburdened term which refers to any use of information. CNO and EW by themselves are insufficient to describe the full scope of the cyber-electromagnetic contest. To this end, we are undertaking a comprehensive campaign to describe fully each dimension. The first two dimensions (the contest of wills and strategic engagement), will be addressed in a forthcoming, separate concept capability plan, and followed by a capability based assessment. 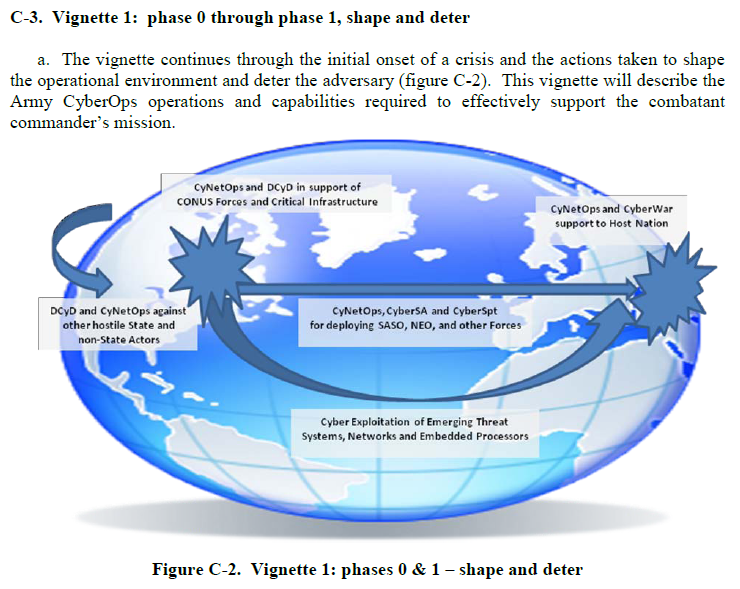 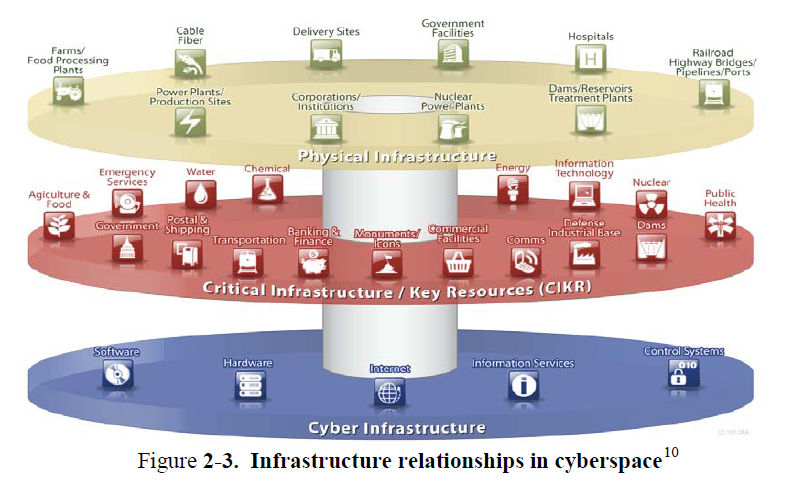