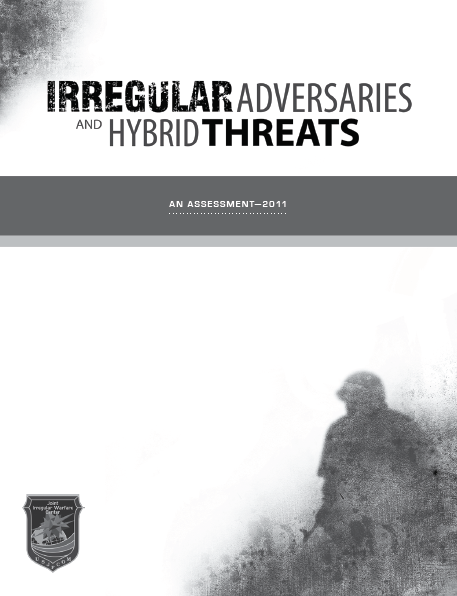 To understand irregular warfare’s importance to the United States, it is first necessary to understand who is capable of threatening our national security using irregular means. This assessment discusses three types of groups that conduct their conflict with the United States using such means: insurgent groups, violent extremist organizations, and criminal networks. The descriptions we provide here are not intended to be comprehensive definitions, since such definitions would incorrectly imply a consensus among policymakers, officers, and analysts that simply does not exist. Moreover, the finality such definitions suggest risks fostering intellectual rigidity in conceptualizing and identifying irregular threats and in developing courses of action to mitigate, deter, or defeat such adversaries. Thus, these descriptions are presented only to provide clear terms of reference for the discussion that follows.

Insurgent groups (or insurgencies) are organized movements aimed at the overthrow of or separation from a constituted government or at the attainment of specific rights through the use of subversion and armed conflict. Insurgencies stem from root causes that create popular discontent sufficient to convince citizens to risk their lives in order to achieve the group’s goals. Although it may be possible to identify categories of root causes, such as religious or ethnic discrimination, economic failure, or rampant corruption, insurgencies frequently stem from a combination of causes, and different individuals may join a common insurgent group for different reasons. To ensure strategic and operational unity of effort, insurgent groups tend to be hierarchically structured, and they may evolve into large, armed, and uniformed cadre. As the organizations grow, they begin to require safe havens. Such sanctuaries must be supported by a significant element of the domestic population or at least tolerated by a geographically contiguous state.

Unlike insurgent groups and violent extremist organizations, criminal networks are not motivated by ideology and do not overtly seek to overthrow existing governments or gain control of state institutions. Instead, these syndicates and gangs are motivated by the relatively simple factor of profit. Consequently, criminal networks use violence in order to commit illegal acts (e.g., illegally seize ships), protect or expand their share of an illicit market, or intimidate civilian populations or police forces to create the space necessary to commit illegal activities.

It is important to recognize that the lines between these three irregular adversaries are not always clearly drawn. As previously noted, insurgent groups sometimes employ terrorism as a tactic to achieve their strategic ends. Some engage in criminal activities in order to fund their guerrilla forces, occasionally coming to find, as did the Revolutionary Armed Forces of Colombia and the Irish Republican Army, that the illegal activities initially pursued to fund the struggle become more important, because they are so profitable, than the original ideological cause. Similarly, violent extremist organizations often finance their operations with the proceeds of criminal activity even if that activity contradicts the group’s ideological goals. For example, violent extremist organizations seeking to impose extremist versions of Islamic ideology have shown little compunction in actively participating in opium production and trafficking despite religious proscriptions against involvement with narcotics. Finally, as demonstrated by the Colombian drug cartels, criminal syndicates will engage in terrorism to intimidate government authorities or will seek an accommodation with an insurgent group to obtain sanctuary. Thus, given the often interchangeable and interdependent nature of these irregular forces, black-and-white definitions may obscure more than they illuminate. 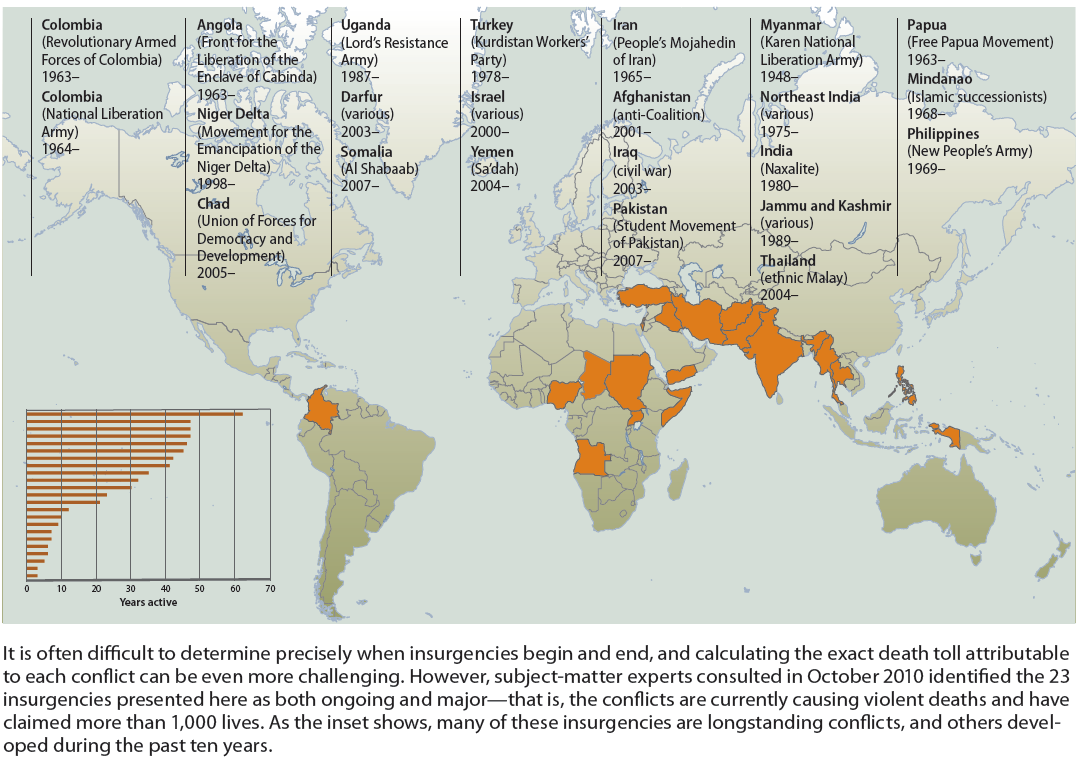