Both manuals were obtained from publicly accessible URLs on the Navy’s own website. 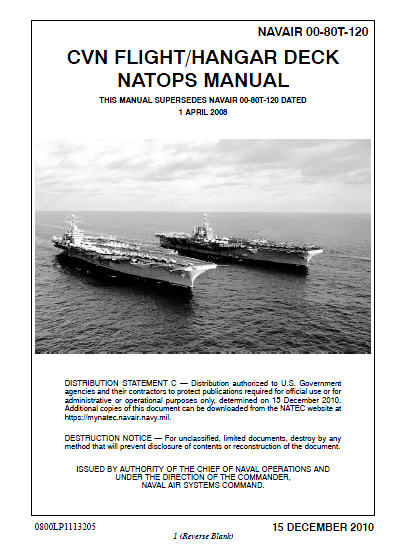 This manual provides organizational relationships, responsibilities, requirements and procedures for aircraft and related support operations aboard CVN ships. Areas of operations addressed include:

1. Control and monitoring of aircraft aboard and in the ship’s VFR launch, recovery and starboard holding patterns.
2. Movement and placement of aircraft on the flight deck, on aircraft elevators, and on the hangar deck.
3. Launch and recovery of aircraft.
4. Aircraft crash and salvage, fire fighting, and rescue.
5. Fueling, loading, and maintenance of aircraft.
6. Aircraft security, both during and after flight quarters.

The primary mission of the Air Department is to safely and expeditiously execute the air plan. Through rapid launch and recovery evolutions, flight deck crews respot to facilitate refueling and aircraft maintenance in preparation for the next launch. Maintaining qualified operators, in sufficient numbers, to accomplish these and other missions including crash and salvage operations, equipment repairs, and all postflight quarters night requirements are included.

The responsibilities, requirements and procedures contained in this manual apply to all persons who work on or transit the flight and hangar decks of CVN ships. These include:

All persons who work or venture onto the aircraft elevators, flight deck, and/or hangar deck shall be familiar with the general safety precautions and procedures contained in this manual. In addition, Air Department, Air Wing, squadron, and ship’s company personnel with responsibilities for the operation and support of aircraft should be thoroughly familiar with the detailed requirements and procedures pertinent to their own responsibilities contained within this and the “Other Relevant Publications” listed below. 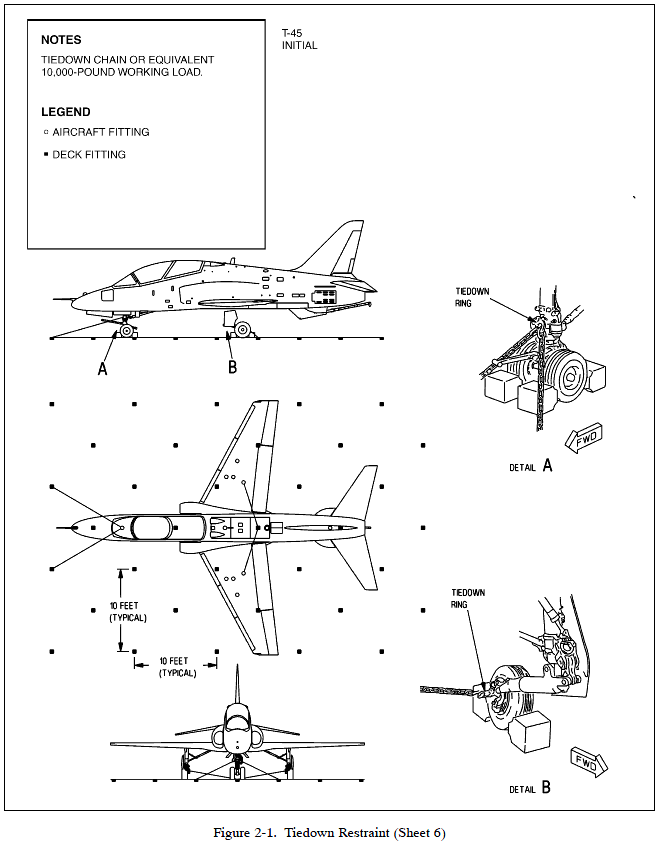