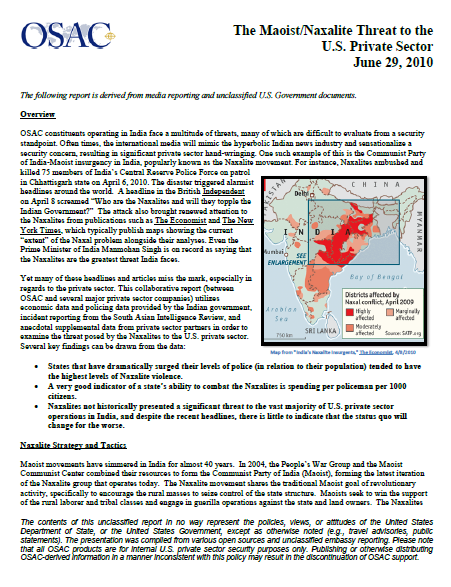 The Maoist/Naxalite Threat to the U.S. Private Sector

Maoist movements have simmered in India for almost 40 years. In 2004, the People’s War Group and the Maoist Communist Center combined their resources to form the Communist Party of India (Maoist), forming the latest iteration of the Naxalite group that operates today. The Naxalite movement shares the traditional Maoist goal of revolutionary activity, specifically to encourage the rural masses to seize control of the state structure. Maoists seek to win the support of the rural laborer and tribal classes and engage in guerilla operations against the state and land owners. The Naxalites also attack infrastructure that links rural areas to the state such as communication towers, power lines, roads, and train links. They have also been involved in work-stoppages and economic shutdowns, called bandhs.

In the past, the Naxalite movement was viewed as merely a state and local issue. Individual states were in charge of combating the militants themselves, and were given broad mandate to do so. The federal government helped states arm people’s militias, generally with poor results. While this paramilitary option was cheap and produced body counts, the Maoist threat continued to spread for the next few decades. The structure of the Naxalite movement is similar to that of other insurgency movements. While there is a loose centralized leadership core that provides guidance, much of the work is done by auxiliaries at the local level (generally by village). Local leaders are in charge of recruiting, training, and leading groups of 10 to 20 fighters. These groups work to become the legitimate authority in the eyes of the public at the local level, supplanting police, elected officials, and other leaders. 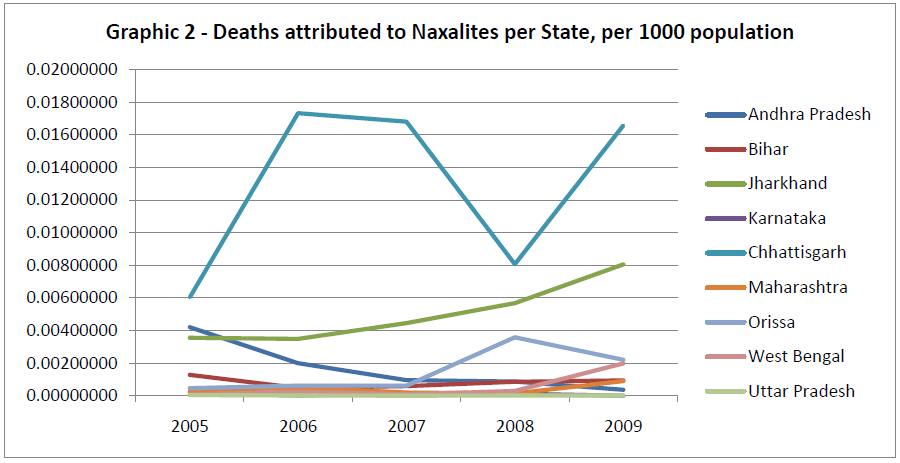