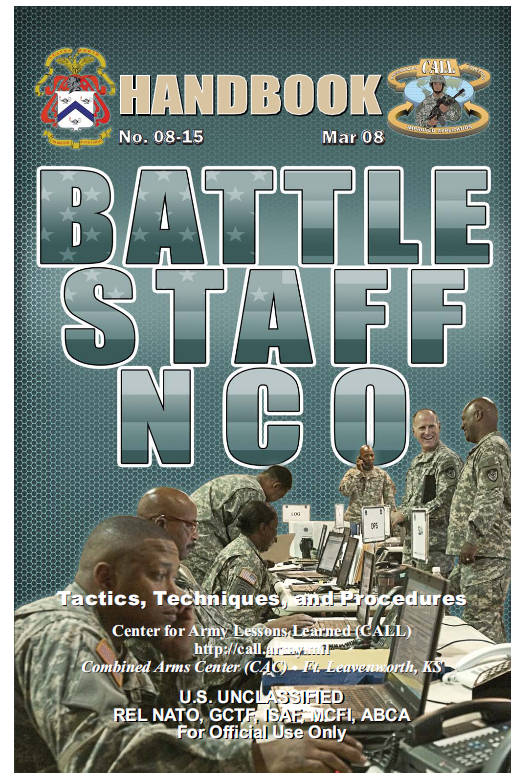 The advice from this battle-experienced commander is no less relevant today in Iraq and Afghanistan. Battle staffs working in CPs must remain adaptive and proactive in the operational environment (OE) to effectively predict events, engage the threat, and protect friendly forces. Battle staffs predict events to defeat the enemies’ systems and networks. The battle staff noncommissioned officer (NCO) plays an important role in this process.

An effective battle staff must integrate information from one staff section to another and strive to avoid a stovepipe view of the ongoing fight. There must be a mindset of finding and killing both lethal and nonlethal targets. The battle staff must act immediately on information received from the field as actionable intelligence. The S3 staff leverages assets to execute the fight in accordance with the commander’s intent.

• Lack of qualified battle staff NCOs.
• Improper use of NCOs in a tactical operations center (TOC)/CP at
brigade/battalion levels.
• Ineffective battle tracking and critical information processing (weakening
the ability of friendly forces to achieve and maintain information
superiority).
• Poor execution instructions (i.e., lack of clear guidance in plans and
orders, which reduces the effectiveness of tactical-level application and
execution of the commander’s intent).
• Weak application of intelligence preparation of the battlefield (IPB).