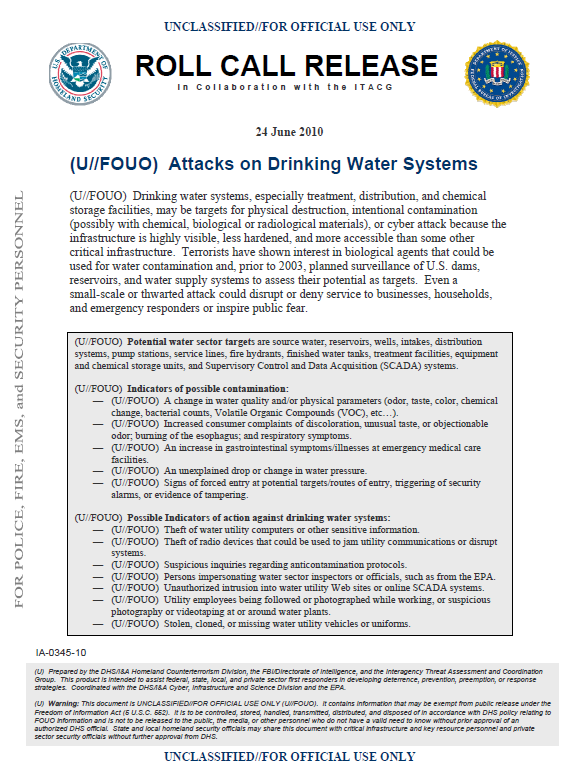 (U//FOUO) Drinking water systems, especially treatment, distribution, and chemical storage facilities, may be targets for physical destruction, intentional contamination (possibly with chemical, biological or radiological materials), or cyber attack because the infrastructure is highly visible, less hardened, and more accessible than some other critical infrastructure. Terrorists have shown interest in biological agents that could be used for water contamination and, prior to 2003, planned surveillance of U.S. dams, reservoirs, and water supply systems to assess their potential as targets. Even a small-scale or thwarted attack could disrupt or deny service to businesses, households, and emergency responders or inspire public fear.