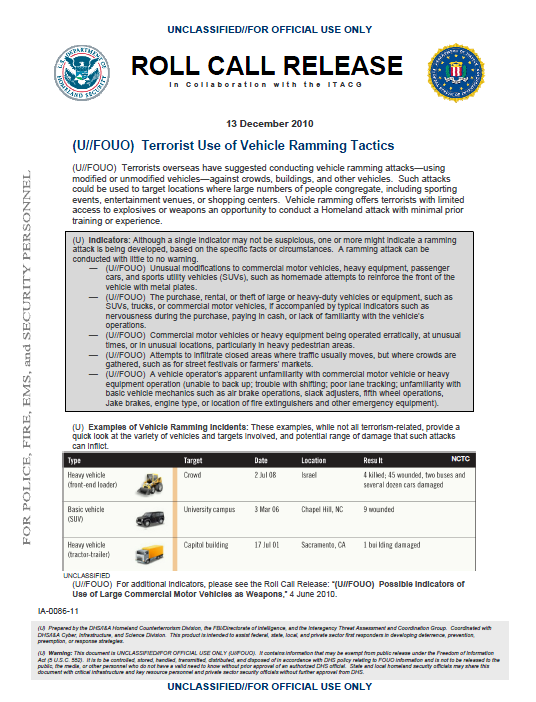 (U//FOUO) Terrorists overseas have suggested conducting vehicle ramming attacks—using modified or unmodified vehicles—against crowds, buildings, and other vehicles. Such attacks could be used to target locations where large numbers of people congregate, including sporting events, entertainment venues, or shopping centers. Vehicle ramming offers terrorists with limited access to explosives or weapons an opportunity to conduct a Homeland attack with minimal prior training or experience.

(U) Indicators: Although a single indicator may not be suspicious, one or more might indicate a ramming attack is being developed, based on the specific facts or circumstances. A ramming attack can be conducted with little to no warning.