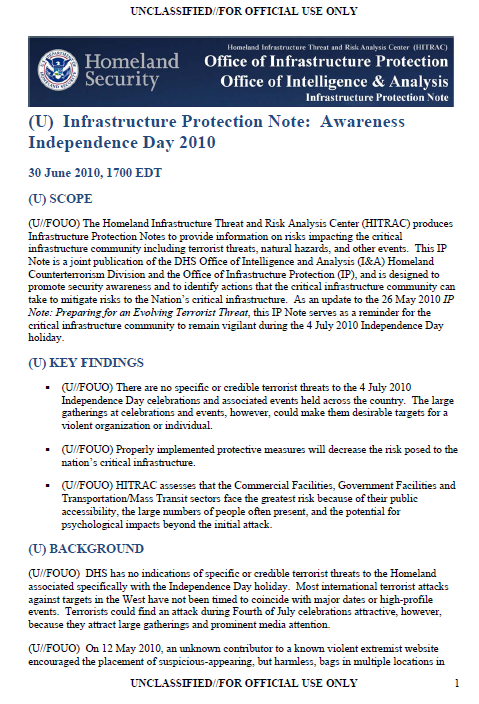 Metropolitan Transportation Authority (MTA) is a best practice that can be readily adopted
nationwide. It effectively stresses that every individual can be a part of the first line of defense
against a terrorist attack. The attempted 1 May Times Square bombing showcased the value of
raising public awareness and the importance of remaining vigilant.

(U//FOUO) By following the recommended procedures, facility owners can mitigate some of the
risks associated with an attack.

(U//FOUO) The principal objectives of protective measures are to complicate attack planning
and surveillance, protect potential targets, and mitigate the risk of an attack. An effective
approach should involve three phases: prevention, assessment and detection, and response.

(U//FOUO) Prevention Phase: This phase incorporates security procedures that complicate
attack planning and execution, increase the safety of the public and response personnel in threat
situations, and promote consistent reporting of suspicious activities. Best practices include:

(U//FOUO) Assessment and Detection Phase: This phase addresses considerations of vehicle
assessment to rule out potential threats or determine the need to request bomb squad response.

(U//FOUO) Response Phase: This phase addresses protective actions necessary once a threat or
attack is recognized.