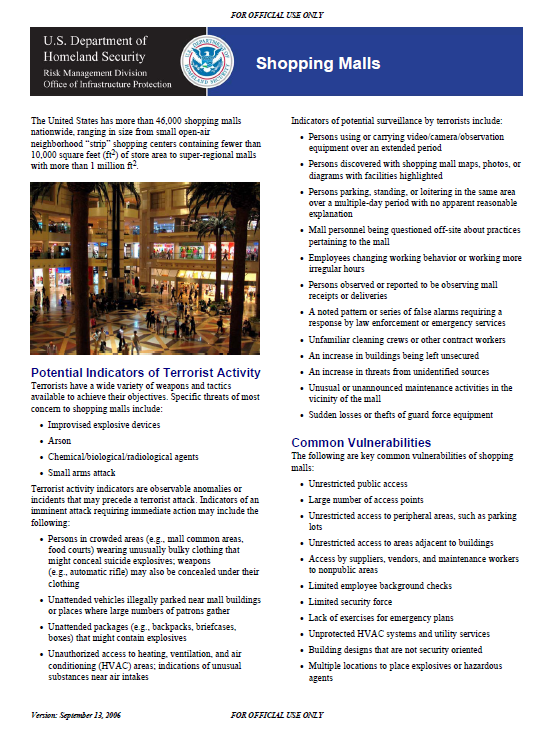 Indicators of potential surveillance by terrorists include:

• Persons parking, standing, or loitering in the same area over a multiple-day period with no apparent reasonable explanation

• Persons observed or reported to be observing mall receipts or deliveries

• An increase in buildings being left unsecured

• An increase in threats from unidentified sources

• Unusual or unannounced maintenance activities in the vicinity of the mall