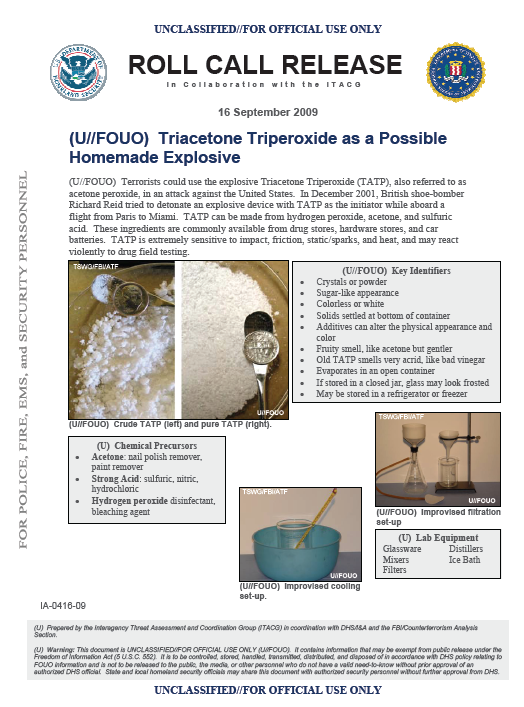 (U//FOUO) Terrorists could use the explosive Triacetone Triperoxide (TATP), also referred to as acetone peroxide, in an attack against the United States. In December 2001, British shoe-bomber Richard Reid tried to detonate an explosive device with TATP as the initiator while aboard a flight from Paris to Miami. TATP can be made from hydrogen peroxide, acetone, and sulfuric acid. These ingredients are commonly available from drug stores, hardware stores, and car batteries. TATP is extremely sensitive to impact, friction, static/sparks, and heat, and may react violently to drug field testing. 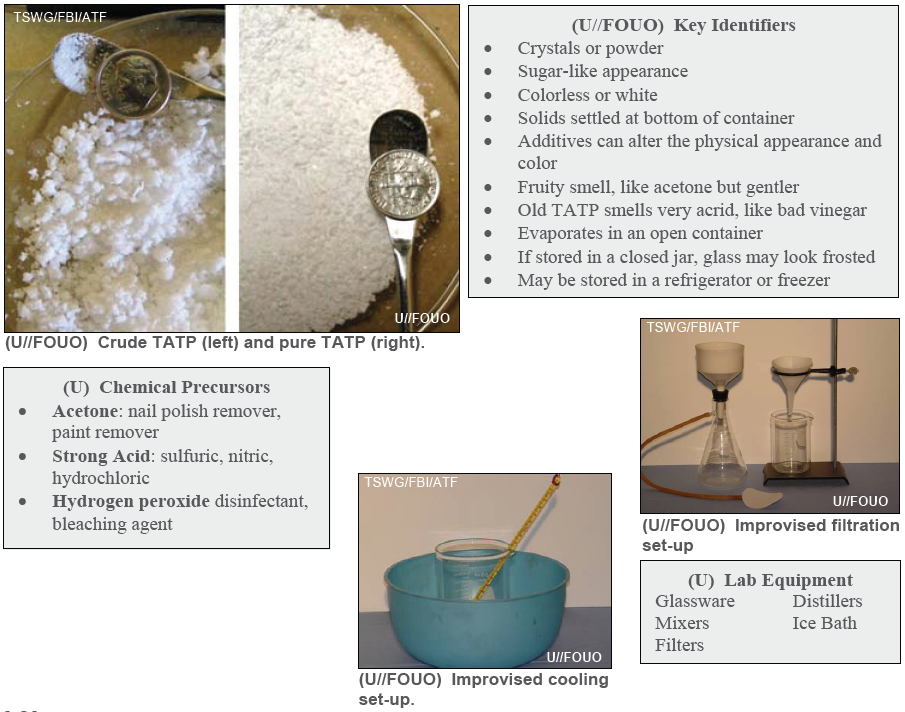