This FOUO version of the Energy Sector Critical Infrastructure Protection Plan is nearly identical with the redacted public version, except for the “public confidence” grades on pages 57-68. Some of these pages have been recreated below. 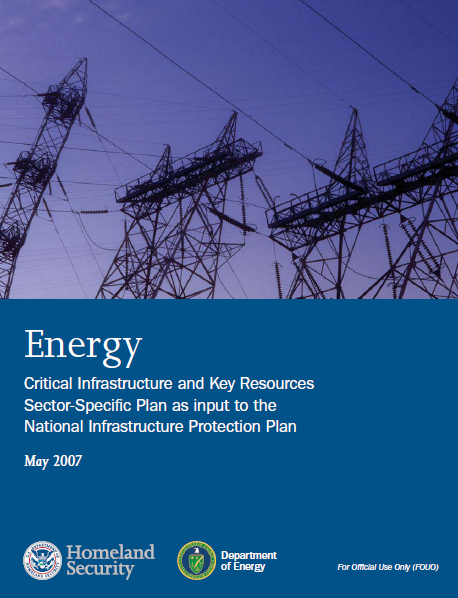 In June 2006, the U.S. Department of Homeland Security (DHS) announced completion of the National Infrastructure Protection Plan (NIPP) Base Plan, a comprehensive risk management framework that defines critical infrastructure protection (CIP) roles and responsibilities for all levels of government, private industry, and other security partners. The U.S. Department of Energy (DOE) has been designated the Sector-Specific Agency (SSA) for the Energy Sector, and is tasked with coordinating preparation of an Energy Sector-Specific Plan (SSP) that will be an annex to DHS’s NIPP.

In its role as Energy SSA, DOE has worked closely with dozens of government and industry security partners to prepare this 2007 Energy SSP. Much of that work was conducted through the Sector Coordinating Councils (SCC) for electricity and for oil and natural gas, as well as through the Energy Government Coordinating Council (GCC). The electricity SCC represents more than 95 percent of the electric industry and the oil and natural gas SCC represents more than 98 percent of its industry. The GCC, co—chaired by DHS and DOE, represents all levels of government—Federal, State, local, and tribal-that are concerned with the Energy Sector.

The Energy Sector has developed a vision statement and six sector security goals that will be used as the framework for developing and implementing effective protective measures. 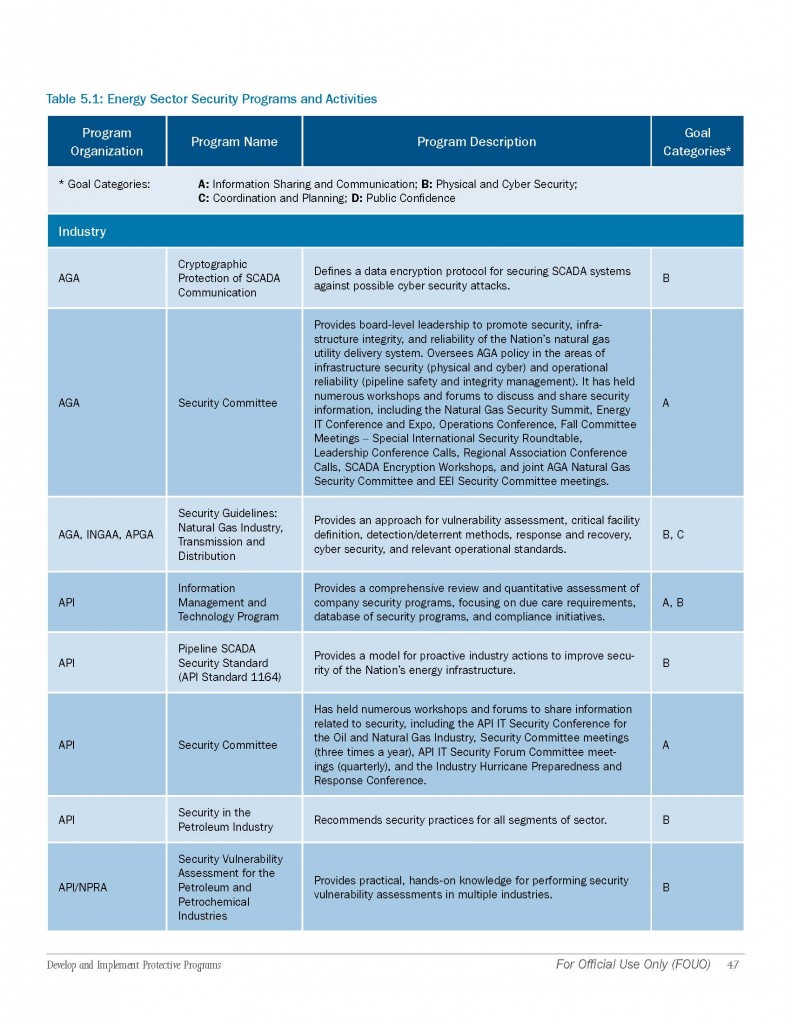 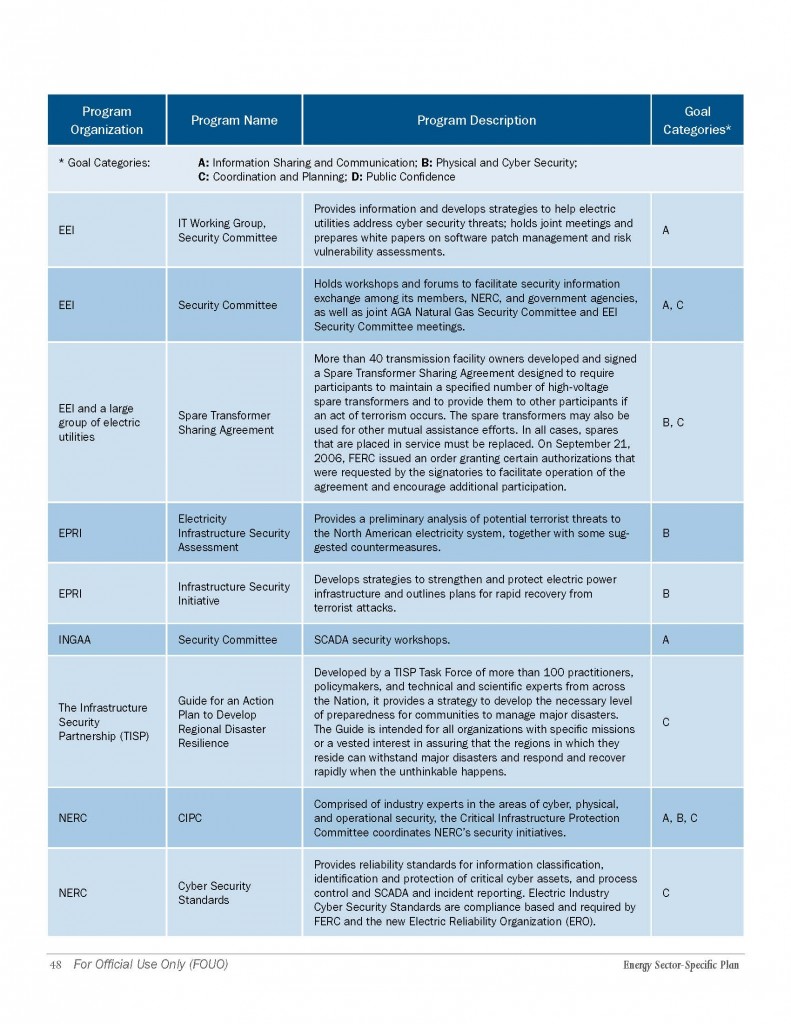 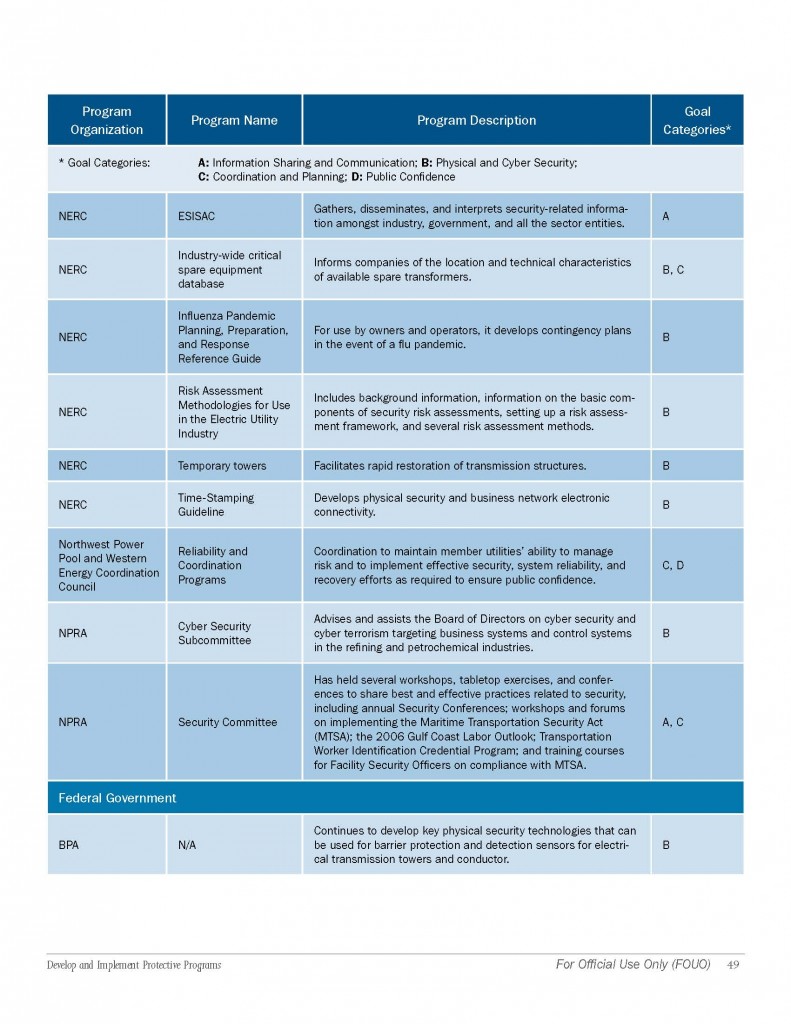 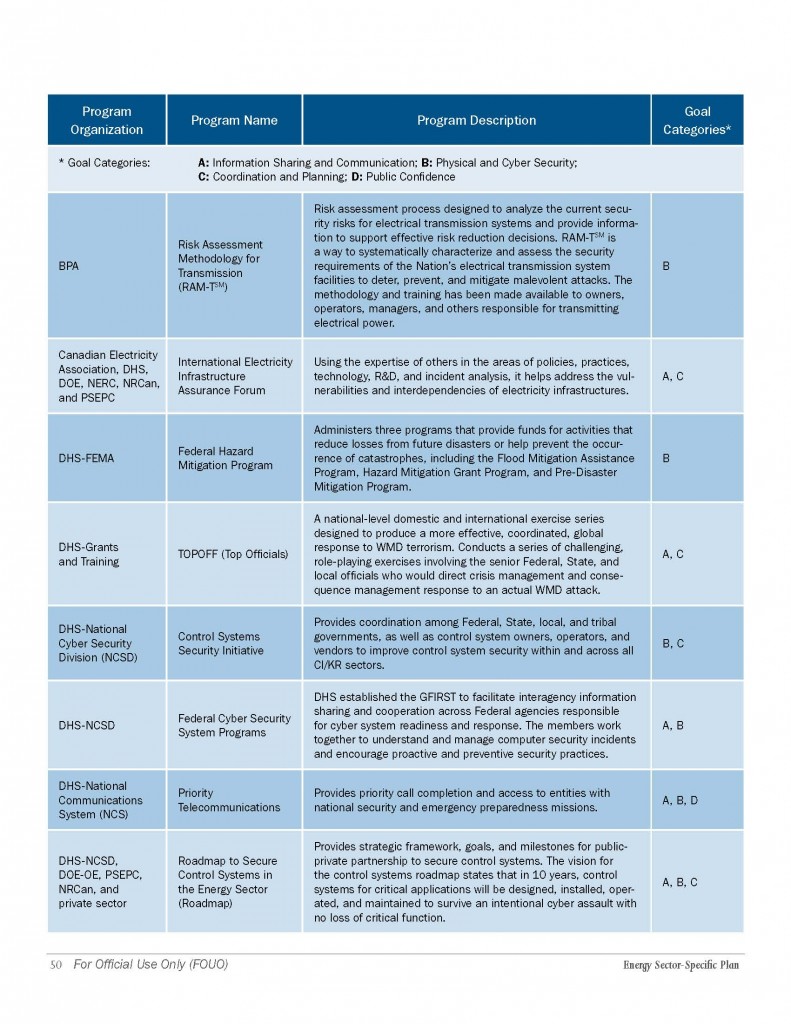