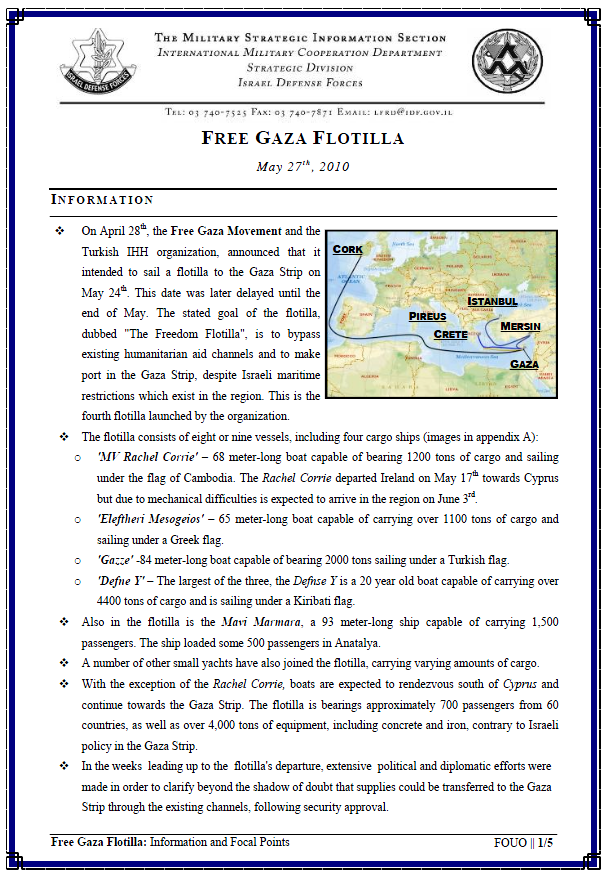 The flotilla is comprised of three major organizations: Free Gaza, ECESG and IHH.

o Free Gaza Movement – An international human rights organization which sets its purpose on publicizing the Israeli blockade, as well as organizing flotillas with the intention of providing additional humanitarian aid into the Gaza Strip.
o Insani Yardim Vakfi (IHH) – a Turkish pro-Palestinian human rights organization with a strong Muslim orientation. The IHH is a non-government organization which provides humanitarian relief into areas of war and conflict.
o The European Campaign to End the Siege on Gaza (ECESG) – an umbrella body of non-governmental organizations across Europe which strives to raise the international awareness regarding the “Gaza crisis”, as their website calls it. 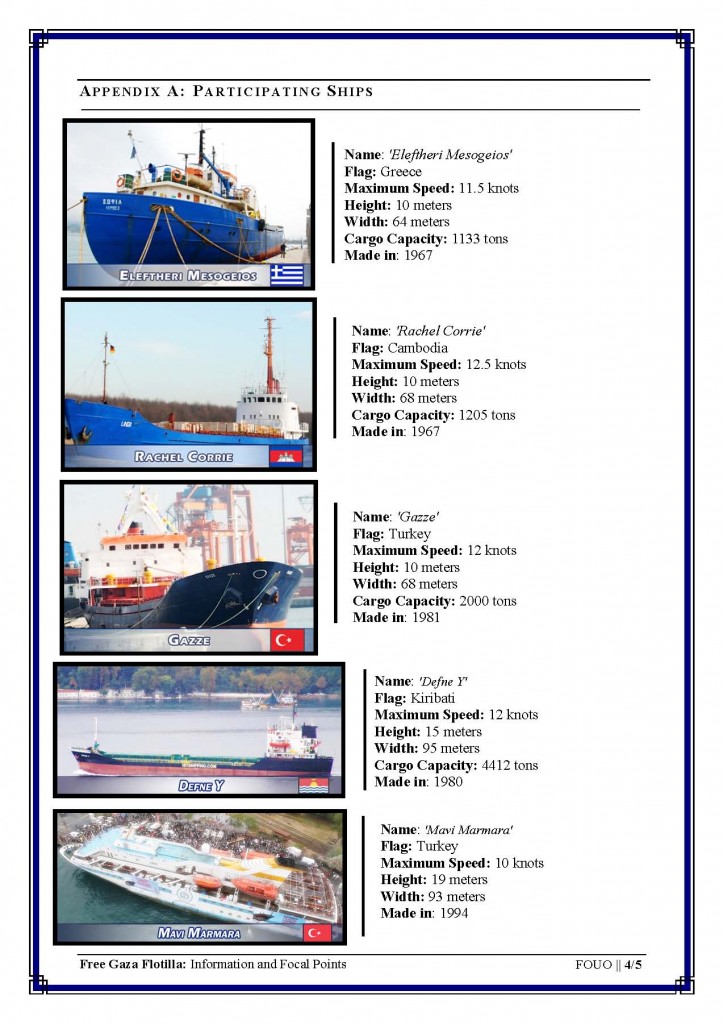