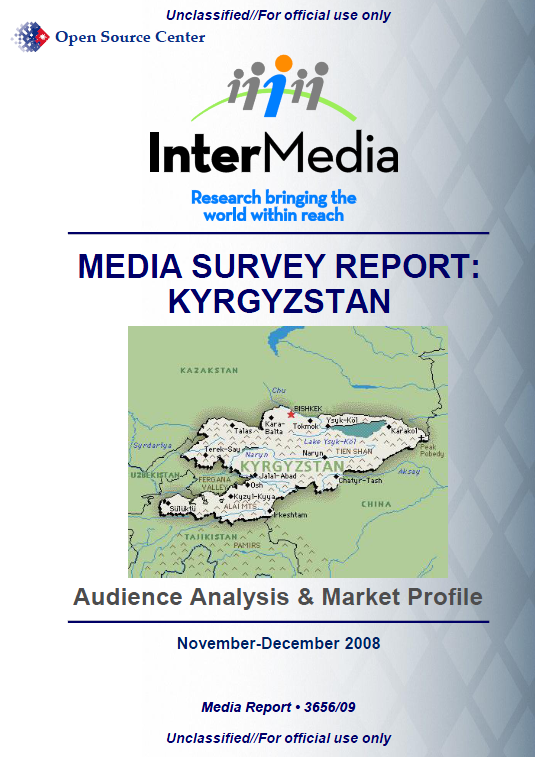 • The use of radio for news and information dropped (from 46 percent in 2006 and 2007 to 40 percent in 2008). Newspapers are now used as often as radio (41 percent of Kyrgyz speakers surveyed reporting using this platform on a weekly basis).

• Internet use inched up among Kyrgyz speakers from 5 percent in 2006 to 6 percent in 2008. Although the change in internet use is not statistically significant, the use of SMS for news and information about current events is something to watch: whereas just over one-quarter (27 percent) of respondents reported using SMS as an information source weekly in 2007, that figure increased to one-third (34 percent) of Kyrgyz speakers in 2008.

• One significant development that has taken place since the 2005 Tulip Revolution is the growth of the blogger community in Kyrgyzstan which continues to be active.

• The regional differences here are very strong: in the north, 45 percent are very or somewhat satisfied compared with only 11 percent in the south. This may be due to disparities in wealth between the two regions.

• The latest press freedom ranking from Reporters Without Borders places Kyrgyzstan 111th out of 173 countries. 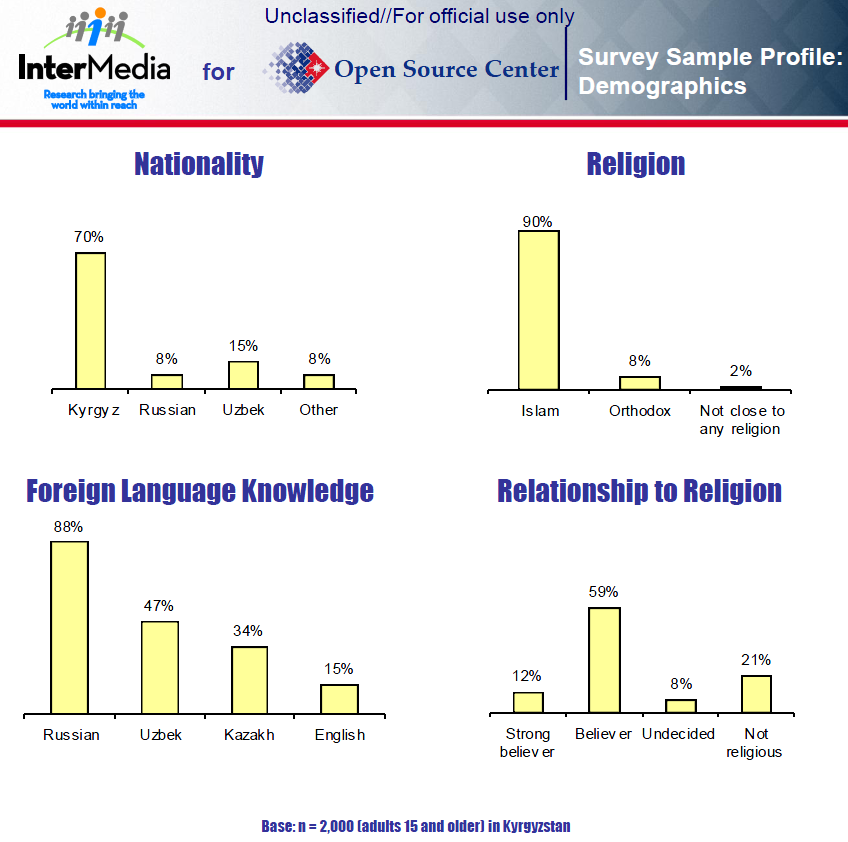 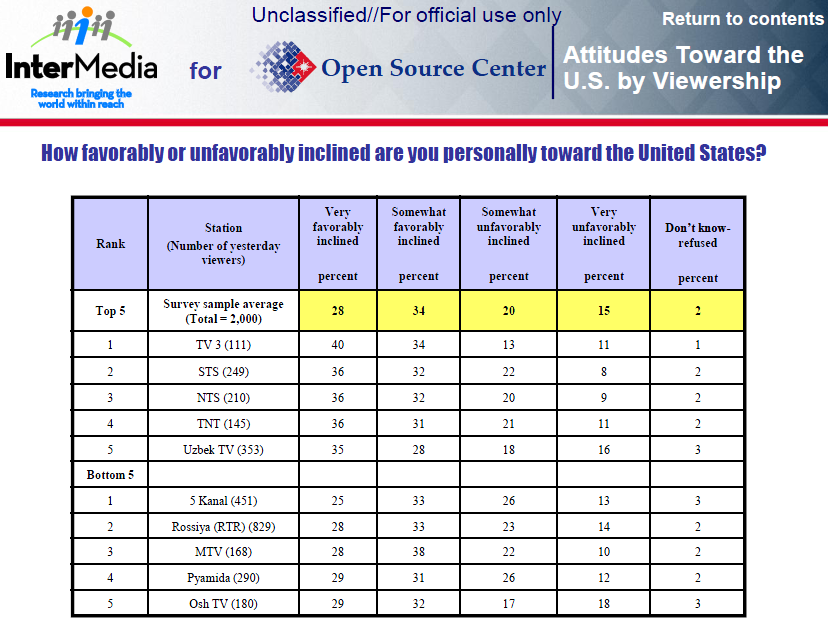