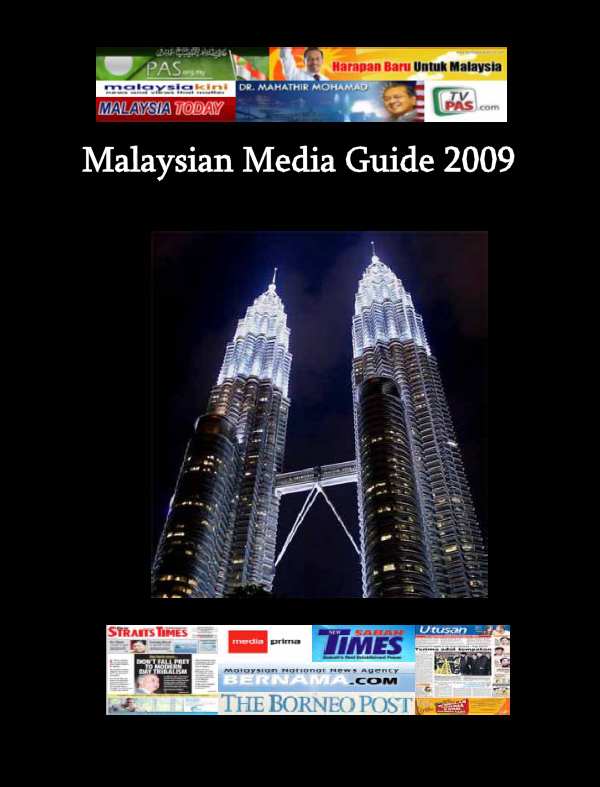 Malaysia’s mainstream media are state controlled through indirect ownership of media conglomerates and closely adhere to the government line. Some mainstream outlets, especially Chinese newspapers, raise contentious issues such as the treatment of the country’s predominant Malay and minority Chinese and Indian communities.

Newspapers are the preferred choice for political news, but TV and radio have nearly twice the audience, with about 90-percent reach, compared to 50 percent for newspapers. Internet use is increasing, and alternative news portals and blogs provide an important venue for dissent and criticism despite government defamation suits against bloggers and the use of the Internal Security Act.

Most Islamic media are of a religious nature, free of political comment. Islamic materials that diverge from this baseline generally appear to have originated in Indonesia.

2. Mainstream Media Typically Owned by Government-Affiliated Individuals, Groups Despite the growing popularity of online media, mainstream media remain the predominant source of information for most Malaysians. Mainstream media can be classified as media sanctioned by the government, typically in the form of being granted a license to publish or air content to a mass audience on a daily basis.

Although mainstream media in Malaysia closely track with the government line, criticism — often limited to statements attributed to opposition figures — does surface in mainstream media. The level of criticism tends to vary according to the ethnic segmentation of the media. 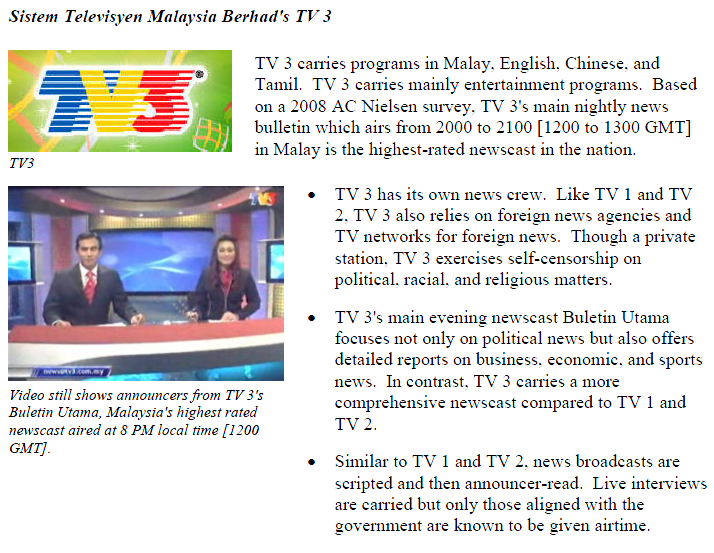